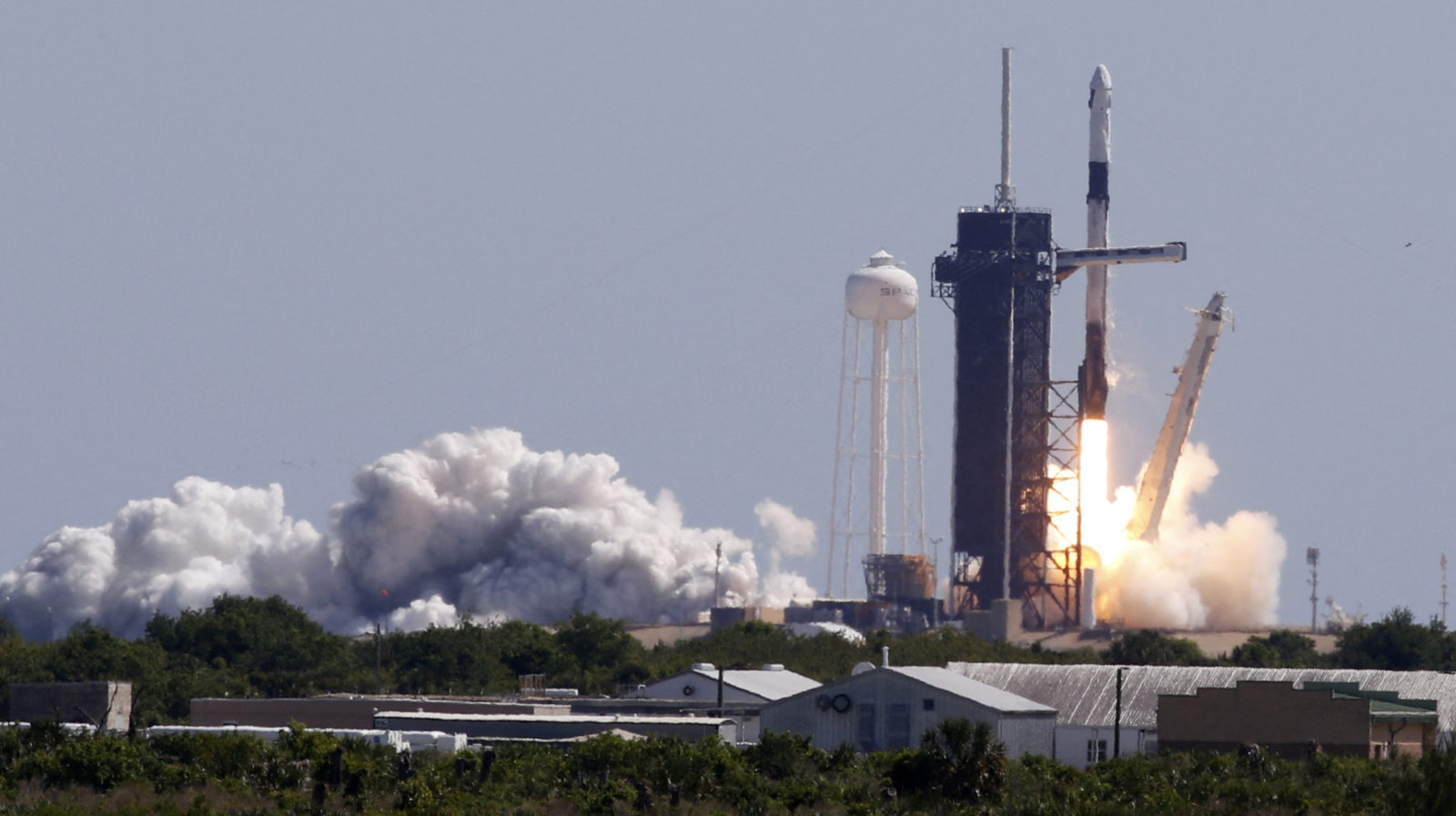 The first all-private team of astronauts ever launched to the International Space Station (ISS) arrived safely at the orbiting research platform on Saturday to begin a week-long science mission hailed as a milestone in commercial spaceflight.

The Crew Dragon capsule lofted to orbit by the rocket docked with the ISS at about 8:30 am EDT (1800 IST) on Saturday as the two space vehicles were flying roughly 420 km above the central Atlantic Ocean, a live NASA webcast of the coupling showed.

The final approach was delayed by a technical glitch that disrupted a video feed used to monitor the capsule’s rendezvous with ISS. The snafu forced the Crew Dragon to pause and hold its position 20 metres away from the station for about 45 minutes while mission control trouble-shooted the issue.

With docking achieved, it was expected to take about two hours more for the sealed passageway between the space station and crew capsule to be pressurized and checked for leaks before hatches can be opened, allowing the newly arrived astronauts to come aboard ISS.

His second-in-command was Larry Connor, a real estate and technology entrepreneur and aerobatics aviator from Ohio designated as the mission pilot. Connor is in his 70s but the company did not provide his precise age.

Rounding out the Ax-1 crew were investor-philanthropist and former Israeli fighter pilot Eytan Stibbe, 64, and Canadian businessman and philanthropist Mark Pathy, 52, both serving as mission specialists.

Stibbe became the second Israeli to fly to space, after Ilan Ramon, who perished with six NASA crewmates in the 2003 space shuttle Columbia disaster.

The new arrivals brought with them two dozen science and biomedical experiments to conduct aboard ISS, including research on brain health, cardiac stem cells, cancer and aging, as well as a technology demonstration to produce optics using the surface tension of fluids in microgravity.

The mission, a collaboration among Axiom, Elon Musk’s rocket company SpaceX and NASA, has been touted by all three as a major step in the expansion of space-based commercial activities collectively referred to by insiders as the low-Earth orbit (LEO) economy.

NASA officials say the trend will help the US space agency focus more of its resources on big-science exploration, including its Artemis program to send humans back to the moon and ultimately to Mars.

While the space station has hosted civilian visitors from time to time, the Ax-1 mission marks the first all-commercial team of astronauts sent to ISS for its intended purpose as an orbiting research laboratory.

The Axiom mission also stands as SpaceX’s sixth human space flight in nearly two years, following four NASA astronaut missions to the space station and the “Inspiration 4” launch in September that sent an all-civilian crew to orbit for the first time. That flight did not dock with ISS.

Axiom executives say their astronaut ventures and plans to build a private space station in Earth orbit go far beyond the astro-tourism services offered to wealthy thrill-seekers by such companies as Blue Origin and Virgin Galactic, owned respectively by billionaire entrepreneurs Jeff Bezos and Richard Branson.