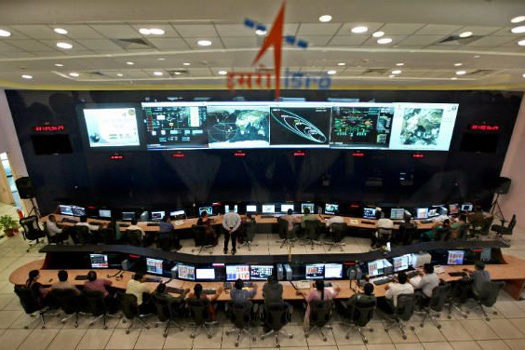 Citing Ganga Rejuvenation ‘Success’, Govt To Use Same Model for Other Rivers

New Delhi: An incoherent placement policy and aversion to innovation and risk-taking are driving ‘tailor-made’ engineers who graduated from the Indian Institute of Space Science and Technology (IIST) away from the Indian Space Research Organisation (ISRO), according to a report in The Print.

Located in Thiruvananthapuram, the autonomous institute was established in 2007 specifically to meet ISRO’s “need for high-quality manpower”, offering undergraduate, graduate, doctoral and post-doctoral level degrees on areas with a special focus on space sciences, space technology and space applications.

Students who enrol in undergraduate or integrated (bachelor’s + master’s) degrees are “absorbed” by ISRO after they graduate, subject to available positions. The first batch of IIST graduates started working with ISRO in 2011.

According to IIST’s rules and guidelines, students can’t choose the positions that they are interested in and are allotted them “stream wise, in the order of merit”. They are then obliged to work for ISRO for a minimum of three years. “The rejection of offer of absorption will amount to non-fulfillment of service obligation of 3 year[s] in ISRO/DOS,” the guidelines say.

According to The Print, this is the “first stumbling block”. Graduates are informed of the number of openings available at ISRO’s different centres but can’t pick the field in which they want to work. “This has resulted in many graduating with one specialisation and ending up working in another,” the report said.

“This was unfair because you graduate with a speciality and should at least be allowed to work in it,” Neha Chohan, a Finland-based space engineer who graduated from IIST and worked at ISRO for four years, told The Print.

However, engineers who are recruited through ISRO’s exams “are made familiar with the available positions and apply to those”, the report said.

Engineers that The Print spoke to praised ISRO’s work environment, saying it was inclusive and felt like a fascinating “big production house”. The senior engineers and managers are “approachable” and “supportive”, they said.

But once the “novelty of being at ISRO” wears off, the engineers said ISRO’s aversion to research, innovation and risk-taking meant their learning stalled.

A Germany-based space engineer who worked at ISRO for five years told The Print that “unfortunate failures”, like the Antrix-Devas debacle, may have instilled “a fear of taking ownership of anything new”.

Chohan said that ISRO’s entire emphasis is on “how many launches we can make in a year. It’s called the Indian Space Research Organisation, but where’s the research?”

The focus on satellite launches keeps the focus on profits, she told The Print, adding that the motivation for a government organisation should have been the opposite.

She chose to buy out her contract, enrolling for a graduate degree in Europe. According to The Print, most IIST graduates who quit follow this trajectory. They then go on to work for private space companies or foreign space agencies.

With India opening up space to the private sector, some of these engineers have also established startups, the report said.

A Germany-based engineer lamented that though ISRO signed many MoUs, there have been no updates on many of them. “Any time there is a new chairperson, all focus gets reoriented. There isn’t much freedom to dabble in anything new either,” the engineer told The Print.