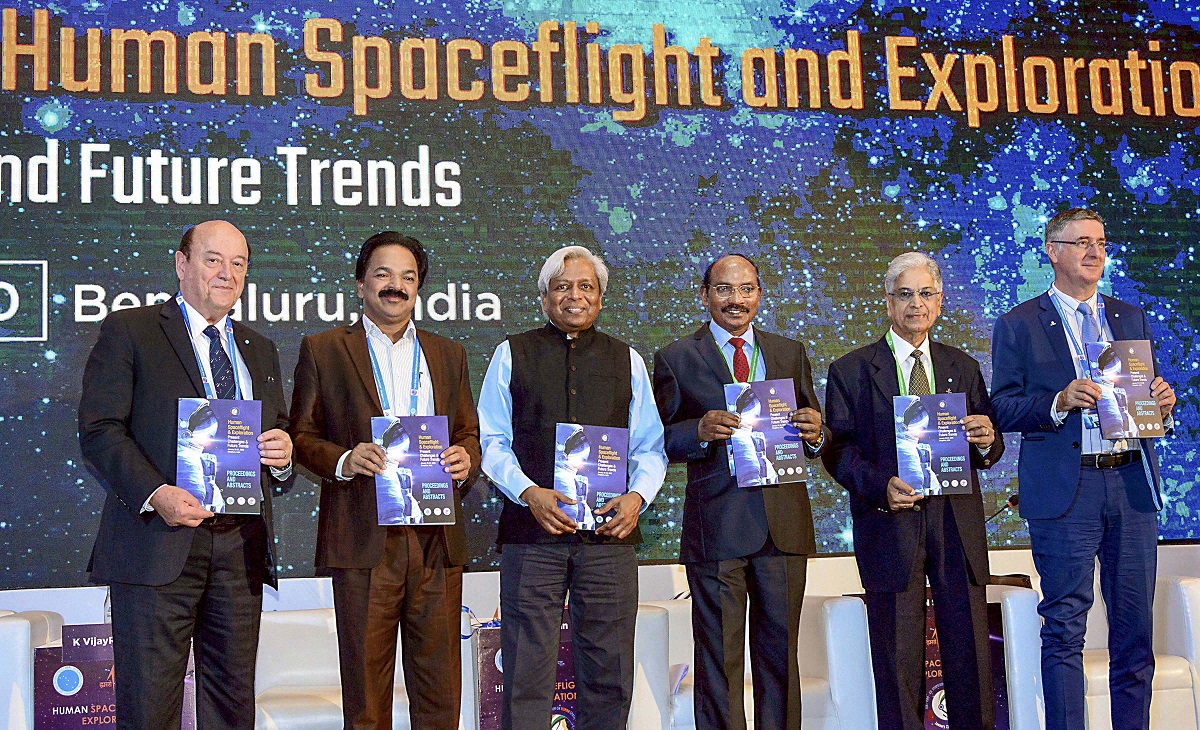 Addressing the inaugural session of a symposium on ‘Human Spaceflight and Exploration – Present Challenges and Future Trends’, Sivan said the Gaganyaan mission will not just aim at successfully conducting India’s maiden human flight to space, but will also set up a new space station to enable continuous human presence in space.

He said there will be three phases of the programme. “The short term plan is for two unmanned missions in December 2020 and June 2021, followed by human space flight demonstration in December 2021. We have the midterm goal of sustaining the human space programme,” he said. The final phase of the plan would be to enable continuous human presence on a new space station, Sivan said.

In this regard, ISRO has initiated a full-fledged astronaut training facility in close proximity to Bengaluru for meeting its future requirements. The space agency is in talks with other space agencies such as NASA and industries to collaborate with them on human space flight and learn from their experience.

Gaganyaan will also assist in ISRO’s long term goal of conducting inter-planetary missions. “An inter-planetary mission is also on the agenda in the long term,” the ISRO chief said. On the Gaganyaan mission, Sivan said the space agency has already developed and demonstrated key technologies such as having an operational launcher with a 10-tonne payload capability to lower orbit, demonstration of mission design and management, and recovery system like space-qualified parachutes. “The only missing elements were human life science and life support system, which we are developing now,” he said.

Noting that astronauts for the mission have been selected from a pool of Indian Air Force test pilots, Sivan said the generic space flight training will commence in India shortly. A mission-specific training will be also be held in India using a host of simulators and other facilities, he added.