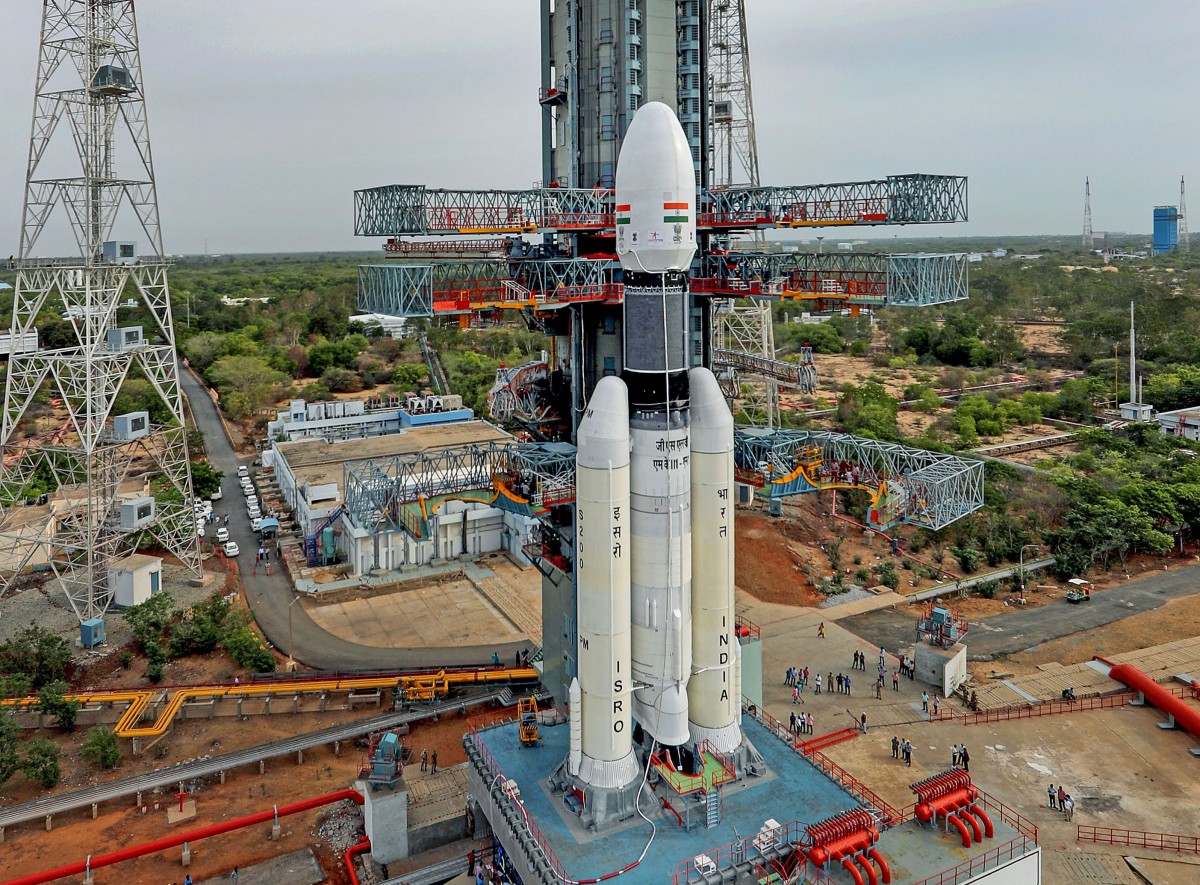 A GSLV MK III rocket before the planned launch of the Chandrayaan 2 mission in 2019. Photo: ISRO/PTI

New Delhi: The Bharti Group-backed satellite company OneWeb on Monday said it has entered into a non-binding arrangement with the commercial arm of the Indian Space Research Organisation (ISRO) – called NewSpace India Limited (NSIL) – to launch its satellites from India starting 2022.

OneWeb hopes to provide broadband satellite internet services to “everyone, everywhere”, delivering internet connections to rural and remote places as well as to a range of markets.

The company is building its initial constellation of 648 low-Earth orbit satellites and has already sent up 322 satellites. On October 14, 36 more satellites will be placed in orbit.

When complete, the constellation will be able to beam signals for high-speed internet services from space to paying customers around the world. The tiny satellites orbit closer to Earth than traditional communications satellites – a technology shift made possible by advances in laser technology and computer chips, according to Reuters.

OneWeb plans to start high-speed, low latency connectivity services this year to areas such as Alaska, Canada and the UK, with these services expected to come to India in the second half of 2022.

Details of the non-binding letter of intent were revealed at the launch of the Indian Space Association (ISpA), by Prime Minister Narendra Modi.

OneWeb is among the founding members of ISpA – a new collective of space and satellite companies in India – and is expected to work with stakeholders to develop India’s space ecosystem.

“By late 2022, OneWeb will offer its high-speed, low latency connectivity services in India and the rest of the world. Service testing on the satellites already in orbit is underway,” the statement said. “OneWeb and NSIL will expeditiously convert the LOI into a binding agreement after obtaining all necessary approvals from their respective boards.”

OneWeb chairman Sunil Bharti Mittal said ISRO has built formidable launch capabilities and that India is part of a small group of countries to have a history of successful launches. “OneWeb will be delighted to use ISRO’s proven platforms to fulfil its vision of taking broadband connectivity across the earth, oceans and sky,” Mittal said.

According to Times of India, Mittal said OneWeb will be the first customer to start bringing in commercial positions in the Indian space market and will pave the way for more international customers to come to India. OneWeb will provide its services to “every square inch” of India by the end of 2022, he claimed.

The newspaper had reported last week that the GSLV rocket, in its Mk III configuration, had for the first time since its development received inquiries to launch commercial satellites. Over the past decade or so, the PSLV has placed more than 300 satellites developed in foreign countries in orbit, raking in millions of dollars in revenue.

ISRO has been looking to use the more powerful GSLV family of rockets for commercial launches but has been unsuccessful so far. Most recently, on August 12, the GSLV F10 mission to launch the EOS-3 Earth-observation satellite failed after its uppermost stage – powered by a cryogenic engine – failed. Both the rocket and the payload was lost.