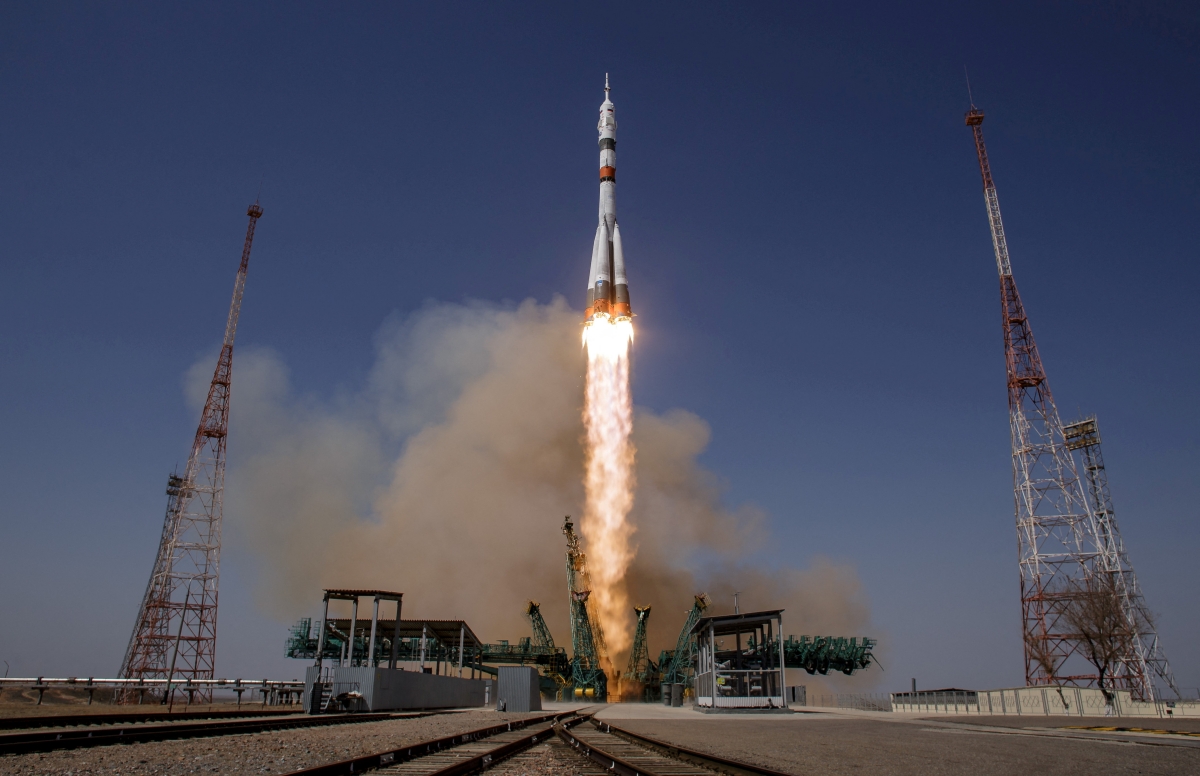 New Delhi: The European Space Agency (ESA) has said that the ExoMars programme – an astrobiology mission that it has been working on with the Russian space agency, to search for signs of past life on Mars – is unlikely to continue.

“The sanctions and the wider context make a launch in 2022 very unlikely,” the ESA said in a statement on February 28.

Indeed, Russia’s invasion of Ukraine has sent the spaceflight schedule of many Western countries into a tailspin, with the space agency of the invading nation, Roscosmos, suspending cooperation with Europe in response to sanctions.

Roscomos announced that it had suspended its cooperation with Europe on space launches from the Kourou spaceport in French Guiana on February 26. The agency also withdrew its technical staff from the spaceport, following which it also announced that all Soyuz rocket launches would be halted.

“In response to EU sanctions against our companies, Roskosmos is suspending cooperation with European partners on space launches from Kourou, and is withdrawing its technical staff… from French Guiana,” Roscosmos chief Dmitry Rogozin said in a post on his Telegram channel.

While the European Union (EU) played down Russia’s pullout, halting Soyuz launches means at least four satellites that were scheduled to be launched in the next few months may have to look for alternative arrangements if the situation is not resolved.

In a statement issued on Monday, the European Space Agency (ESA) said it remains committed to implementing sanctions imposed on Russia by its member states. “We are assessing the consequences on each of our ongoing programmes conducted in cooperation with the Russian state space agency Roscosmos and align our decisions to the decisions of our member states in close coordination with industrial and international partners (in particular with NASA on the International Space Station),” it said.

The space agency said it will assess “for each European institutional payload under our responsibility the appropriate launch service based notably on launch systems currently in operation and the upcoming Vega-C and Ariane 6 launchers”.

The EU, however, is confident that Roscomos pulling out of Roscosmos will not affect the quality of service of its Galileo and Copernicus satellite networks. Galileo is Europe’s global navigation satellite system which provides positioning and timing information used in mobile phones, cars, railways and aviation. Copernicus delivers Earth-observation data, documenting climate change, for example.

“We will take all necessary decisions in time to work on the development of the second generation of these two sovereign spacial infrastructures,” EU Commissioner Thierry Breton, responsible for space issues in the bloc’s executive Commission, said on Twitter.

“We are also prepared to act determinedly together with the member states to protect these critical infrastructures in case of an attack, and to continue the development of Ariane 6 and VegaC to guarantee the strategic autonomy with regard to carrier rockets.”

What will happen to ISS?

A rupture in relations between space agencies could also potentially harm the International Space Station (ISS). Indeed, Rogozin, the director-general of Roscosmos, on February 25 made extraordinary statements about the possible fallout from US President Joe Biden’s constraints on high-tech exports to Russia that were designed to degrade Russia’s aerospace industry, “including their space programme”.

“Do you want to destroy our cooperation on the ISS?” Rogozin asked in a series of tweets, according to a Reuters translation of his remarks. He also noted that orbital control of the space station, through periodic rocket thrusts to maintain a safe altitude, is exercised using engines of a Russian cargo craft docked to the ISS.

“If you block cooperation with us, then who is going to save the ISS from an uncontrolled descent from orbit and then falling onto the territory of the United States or Europe?” he wrote. “There is also a scenario where the 500-ton structure falls on India or China. Do you want to threaten them with this prospect? The ISS doesn’t fly over Russia, so all the risks are yours.”

NASA responded to these claims simply by saying, “No changes are planned to the agency’s support for ongoing in-orbit and ground-station operations.”

Even as tensions between the two countries escalated over Russia’s invasion of Ukraine, NASA and Roscosmos issued statements this week saying that both agencies were still working toward a “crew exchange” deal under which the countries would routinely share flights to ISS on each other’s spacecraft free of cost.

The laboratory outpost, orbiting some 250 miles (400 km) above Earth, is currently home to a crew of four Americans, two Russians and a German astronaut.

One of the NASA astronauts, Mark Vande Hei, flew to the ISS in March 2021 aboard a Russian Soyuz spacecraft and is due to return to Earth on March 30 in a Soyuz with cosmonaut peers Pyotr Dubrov and Anton Shkaplerov.

The Antares rocket, which launches the Cygnus missions that provide supplies to the ISS, is also facing an uncertain future. The rocket is assembled and launched by Northrop Grumman but uses a first-stage body built by the Yuzhnoye and Yuzhmash facilities in Ukraine and is powered by two Russian-made RD-181 engines, according to Ars Technica.

The Cygnus 17 mission was launched last week, with Cygnus 18 is scheduled for August 2022 and Cygnus 19 set for next April.

The ISS itself was born in part from a foreign policy initiative to improve US-Russian relations following the collapse of the Soviet Union and the end of Cold War rivalry that spurred the original US-Soviet space race.

After ending its space shuttle program in 2011, the United States began paying Roscosmos to ferry NASA astronauts to and from the space station aboard Soyuz capsules. NASA resumed launching its own crew members from US soil in 2020, even as it continued to hitch some rides on Soyuz.

Even before the Ukraine crisis escalated in recent weeks, US-Russian space cooperation was shaken in mid-November when Russia blasted one of its own defunct surveillance satellites in an unannounced missile test that generated a debris field in low-Earth orbit, threatening the space station.

All seven ISS crew members, including two cosmonauts, were forced to take shelter in their docked spaceships for about two hours afterwards in case a quick getaway was needed.

At the time, NASA chief Bill Nelson denounced the anti-satellite test as “reckless.” He was quoted by the Washington Post as saying Russia’s space agency was likely surprised by the test and “probably just as appalled as we are.”