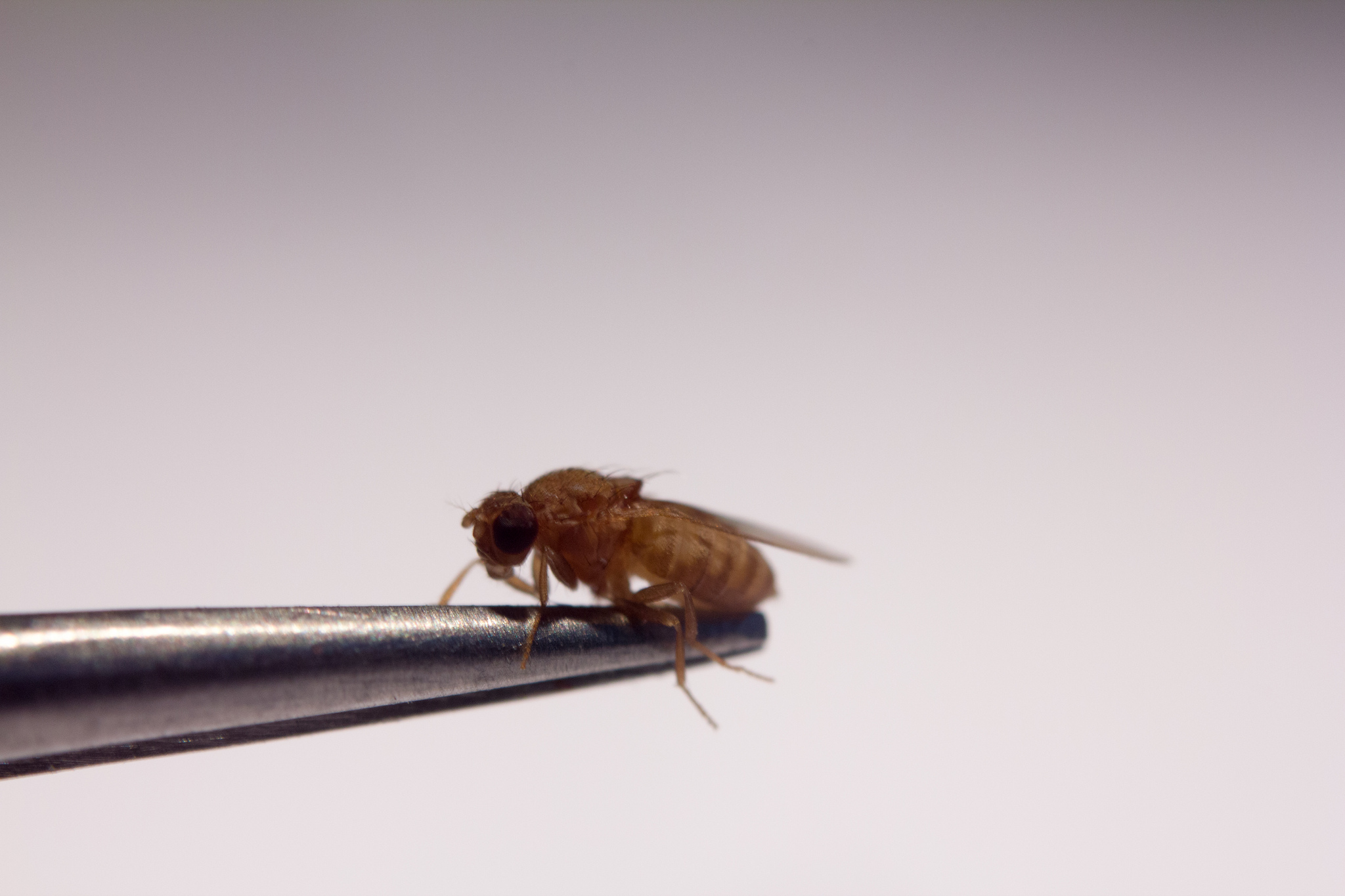 Taxonomy is the science of classification of biological organisms on the basis of shared characteristics. It was also the single most wearisome chunk of my biology classes in school, and as far as I can remember, it required that we commit to memory a long list of phyla and their associated peculiarities.

To make this inescapable tedium more agreeable, some of my more enterprising friends suggested that we compile a list of “cool” scientific names. It’s difficult to explain what cool meant to us then, but I think you’ll agree that Velociraptor mongoliensis is a cool name and Cygnus cygnus is not a cool name. Raptors were cool and swans were not. We concluded that scientists gave cool names to cool animals, a hypothesis that served us well as we collected Pantheras, Carcharodons and Haliaeetuses.

This was around the time that someone brought up Drosophila melanogaster. “What might this awesome beast be?” I wondered. A menacing saw-toothed cetacean, maybe? Or better, a fearsome bird of prey with scythe-like talons? No. It wasn’t any of the fanciful creatures more likely to be found indexed in a medieval bestiary. Drosophila melanogaster is a fruit fly. A lousy, good-for-nothing, obnoxious little fruit fly. We gave up the game soon after.

Fruit flies don’t bite or sting. They don’t carry diseases or pose any real threat to human beings. From an entomological point of view, fruit flies are wholly unremarkable: they aren’t particularly big or small or hardy or endangered or the least bit freakish. Drosophila are the vanilla ice-cream of phylum Arthropoda.

Around the turn of the 20th century, a prominent American entomologist named Charles Woodworth mentioned to some of his colleagues that fruit flies might be of some use to those studying the then-nascent field of genetics. Thomas Hunt Morgan took this sage advice and struck gold: fruit flies didn’t take up much room at all and were inexpensive to maintain, their life cycles were short, and they produced thousands of offspring.

They also had a variety of easily identified external features – eye colour, wing structure, bristle length, etc. – that are inheritable. In short, fruit flies were the ideal “model organism” in which to study the inheritance of characteristics. Morgan’s work would win him the Nobel Prize for medicine in 1933.

Fly studies continue to inform and educate us, and not just about flies! As Stephanie Elizabeth Mohr, the author of First in Fly: Drosophila Research and Biological Discovery, explains, to trace our evolutionary history is to tell the story of countless problems faced by our ancestors, and the manner in which random mutations, gradually winnowed out over many millennia, produced solutions to them. Once these solutions were incorporated, variations were developed and applied to new problems.

Different organisms in the phylogenetic tree may be likened to different kinds of houses. Some may be very big, with marble floors and a swimming pool. Others may be more modestly sized, with sensible wicker furniture and a big study. They all will have a few things in common, and it is the general features of these commonalities that are of interest.

Despite their size, fruit flies have a complex nervous system, many organs that are similar to our own, and a heartbeat. For such a seemingly primitive life form, fruit flies exhibit an extraordinary range of behaviours as well: they sing and dance to woo their prospective inamorata, exhibit aggression and learn from their mistakes. They fall ill, and have recently been used as “disease models” for complex neurodegenerative disorders like Parkinson’s disease. Fruit flies even respond to alcohol the way humans do. I was especially amused to learn that they are known to be less discriminate in their choice of mate after hitting the sauce!

Mohr’s goal is to relate to the reader experiments that were done “first in fly,” and she uses these experiments to springboard into a discussion of the broader implications these findings have for medical and biological science.

Although well-intentioned, even engaging at times, the book suffers from a curiously uneven tone. At its best, science communication has the power to enchant the reader and arouse in them child-like curiosity and wonder. At its worst, it can be excessively pedantic, far too dense and thoroughly dispiriting. First in Fly swings madly – and noticeably – between these two extremes. If sometimes it patiently pursues a helpful analogy (to its credit), at others it reads quite like a graduate textbook.

It’s important to appreciate the circumstances under which science communication is effective, or even possible at all. That science may be spoken of and understood by others requires compromises on the part of the scientist as well as the layperson. The latter must make an honest effort, of course, but the former must be willing to evaluate their own work through unfocused eyes, the eyes of someone who might not have studied their subject in college, for instance.

This often means choosing to elucidate the broad principles over the minutiae. It means avoiding engulfing the reader in a deluge of acronyms, something this book does quite often. I am not suggesting that the minutiae can’t ever be discussed meaningfully; however, I would tend to think it imprudent and unnecessary with a book of this length.

As a result, First in Fly is a difficult book to read, mostly because it’s like two books in one. The first is instructive and helpful, and guides the reader through the field of fly biology with a passionate and compelling voice. The second is confusing and pedantic. These difficulties are compounded by the suspicion I have that it really could have been a great book if only it had been written and edited with more care and consideration for the layperson.

Great books also need great subjects, and on this front there are no complaints. The study of Drosophila has contributed greatly to our understanding of genetics, signal transduction, mutagens, developmental biology and pathogenesis – and we have every reason to believe that there’s much more to come. Mohr’s book is very well-researched and, save for the aforementioned shortcomings, might have served as a fine introduction to over a century of work on understanding the inner workings of the humble fruit fly.

Madhusudhan Raman is pursuing a PhD in theoretical high-energy physics at the Institute of Mathematical Sciences, Chennai.

COVID Fact Check: Has India Really Sequenced the Second-Highest No. of Samples?