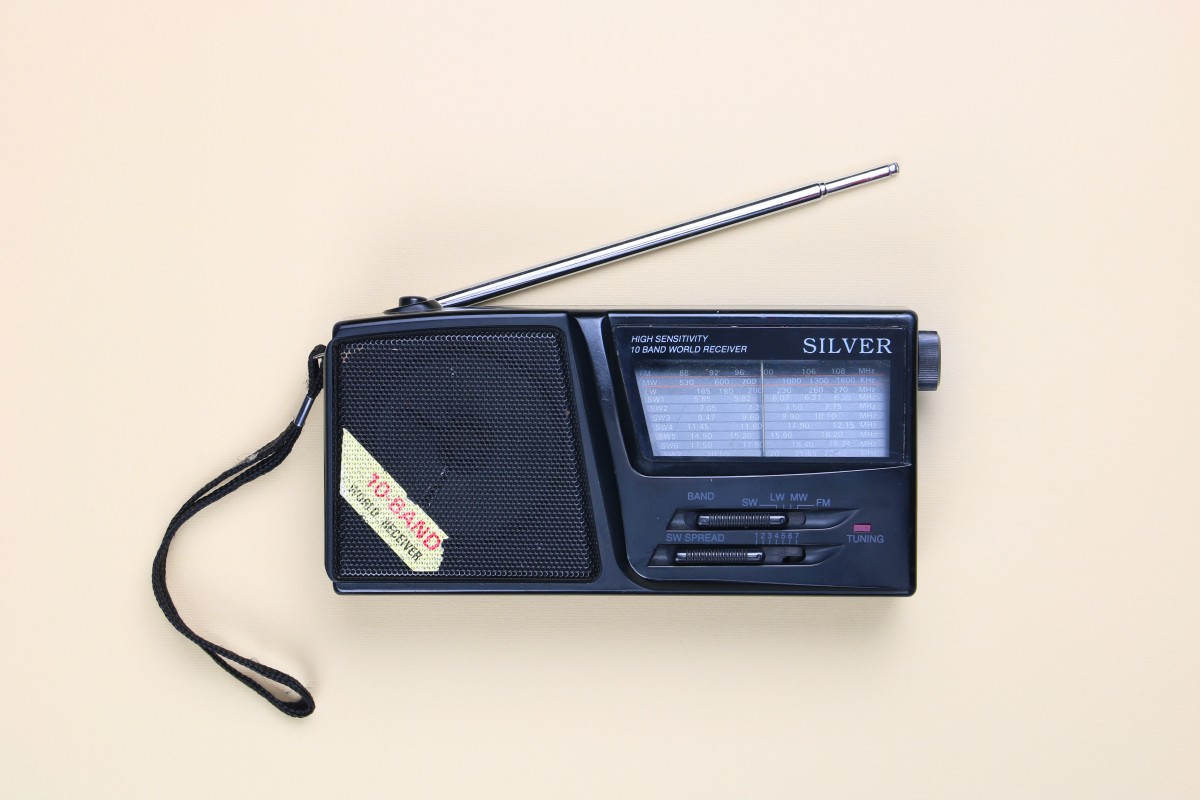 Ground Report: Entire Families Have Perished in the Kerala Floods and Landslides

On August 15, AFP reported that the BBC plans to expand its shortwave radio coverage in Kashmir “to ease the impact of a communications blackout imposed by the Centre”. The report added that “short wave transmissions travel thousands of miles and are able to bounce over mountains that dominate the region.”

This way, scientists, engineers and hobbyists have learnt to transmit and receive information encoded in shortwave signals across very large distances, using the sky itself like a relay. This is why this technology is also called skywave propagation.

These signals don’t have a fixed frequency but to benefit from the ionosphere’s assistance, they typically range between 3 MHz and 30 MHz. This corresponds to a wavelength range of ~100-10 metres. The official designation of this is the high-frequency (HF) band.

A wavelength of 10 m itself guarantees long-distance transmission. This has to do with how radiation interacts with matter. For example, X-rays have a frequency between 30 billion MHz and 30 trillion MHz. According to the Planck-Einstein relation1, this corresponds to an energy of 124 eV to 124 keV.

If an X-ray photon carrying an energy of 124 eV encounters a particle that can absorb this energy, then the energy transfer will happen and the X-ray signal will go dead. This is why bones show up so clearly in an X-ray but soft tissue doesn’t: the electrons in a calcium atom absorb X-rays quite efficiently, casting a shadow on the detector, whereas soft tissue doesn’t.

Similarly, shortwave radio signals have an energy of 0.000000012 eV to 0.00000012 eV. Electrons that absorb energy jump from an orbital closer to the atom’s nucleus to one farther away, but the energy that shortwave signals carry are too low to prove useful for this exercise. Depending on the atom and the jump, electrons typically need 1-1,000 eV. This is how shortwave signals can travel nearly unimpeded.

But they face a barrier at the ionosphere. This is the region of Earth’s atmosphere from ~80 km to 1,000 km above the surface. Here, the air has a very low density, so when ultraviolet radiation from the Sun strikes atoms, they release electrons that float around for a bit before being recaptured by another atom. This isn’t possible in the lower atmosphere because the density of atoms is relatively much higher, so an electron has almost no chance of staying liberated.

In effect, the ionosphere is a layer of charged atoms and electrons that envelopes Earth’s surface. It consists of four sub-layers called D, E and F (from bottom to top). Of these, the F layer is often the most ionised as well as the most used to reflect shortwave signals because electrons and ions in this layer can persist in their charged state for longer.

Since solar radiation creates and maintains these layers, the ionosphere reflects shortwave signals better in the day than at night. During the day, when the amount of solar irradiation is higher, the F layer is even richer at the top than at the bottom; these distinct sub-layers are designated F2 and F1, respectively. At night, the D layer effectively dissipates whereas the E and F2 layers remain.

When a signal of frequency lower than in the HF band strikes the D layer, it imparts some of its energy to free electrons and sets them moving. When these electrons collide with other electrons, ions or molecules, they lose some of their energy. This in turn subtracts from the signal’s strength and it becomes weaker. Indeed, the D layer attenuates medium-frequency (MF) band signals, especially during the day, so much so that many radio stations operating in the 500-1,500 kHz range have much shorter range in daytime.

So when an HF band signal strikes the D, E or F layers, it is reflected or refracted towards the ground. This is just like when a ray of light passing towards the surface of a water body from under is reflected back down, making the surface look like a mirror. The higher the signal’s frequency is, the higher the signal will penetrate through D and E, so these two layers are effectively frequency filters.

This is how shortwave signals will be able to evade the mountains of Kashmir. The mountains themselves won’t have a part to play; instead, BBC will set up a transmission station at a suitable distance from the mountain and beam its broadcast into the ionosphere. The signal will then skip over the mountain and be received on the other side.

Obviously, BBC – or anyone else – will have to transmit their signals at a sufficient distance away from Kashmir itself. This is because shortwave radio comes with a blindspot: the part of the ground underlying the signal’s journey up and down, called the skip zone. If the signal is transmitted too close from the border of Kashmir, the skip zone could extend well into, or even beyond, the union territory and not be accessible.

According to Electronics Notes, a trade magazine, the skip zone can be as high as 2,500 km for the E region and 5,000 km for the F2 region. So to get shortwave signals into the Kashmir Valley, a transmitting station can be set up in, say, northeast Kenya, northwest Poland or south Sumatra. When the BBC World Service began shortwave transmissions into North Korea in September 2017, the transmitting stations were reportedly situated in Taiwan and Uzbekistan.

Another mode of shortwave transmission is the near-vertical incidence skywave (NVIS). A transmitter sends a signal straight up into the ionosphere, which refracts the signal back down but spread out, like a cone, over a distance of about 500 km. This is useful to overcome local barriers to line-of-sight communication, like – again – a mountain.

Of course, the act of sending a signal isn’t so straightforward. There are a number of complicating factors, including frequency, radiation angle, time of day, annual season, sunspot activity, ground conditions, atmospheric polarisation and the effects of Earth’s magnetic field. Communications specialists also factor in the bandwidth requirement and the kind of information (speech, music, status, etc.) to be relayed.

This said, the underlying idea is fairly simple, attested by the fact that amateur radio operators – instead of trained engineers or the military – discovered skywave propagation in the early 20th century. Such operators are active to this day and help maintain communications in the event of a disaster or, as in Kashmir, a blackout.

There are similar stories from India’s freedom struggle. In January 1942, Subhash Chandra Bose began broadcasting shortwave messages into India from Berlin, with the support of his new ally, Adolf Hitler. In September that year, two amateur operators named Bob Tanna and Nariman Printer used shortwave broadcasts (7.12 MHz) from Bombay to gather support for the ‘Quit India’ movement that M.K. Gandhi had launched only a month before.

More recently, Ambarish Nag Biswas, founder of the West Bengal Radio Club, told The Telegraph in July this year that he and his team “provide emergency communications and assist the administration during Gangasagar Mela” (in Kolkata), and have thus far “reunited 2,500 people with their families”.

In the Cold War period, shortwave bands were flush with broadcasts from both parties of the war; stations included Voice of America against Radio Moscow, and Deutsche Welle against Radio Berlin International. However, audiences have shrunk since the rise of satellite broadcasting and the internet. Andy Sennitt, former editor of the World Radio Television Handbook, told Radioworld in 2016, “In parts of Africa and South Asia there are still significant shortwave audiences, but even those are gradually declining.”

However, Radioworld noted that as American and European broadcasters downsized operations, their then-empty HF bands were taken over by Asian, Mediterranean, African and South American stations looking for cheap ways to communicate with listeners around the world. The advent of Digital Radio Mondiale (DRM), a modern broadcasting technology that makes use of digital audio broadcasting – as opposed to analog counterparts – to achieve higher information transfer rates for fixed bandwidth, also revitalised shortwave’s prospects.

In fact, the DRM consortium’s website lauds All India Radio’s “impressive implementation of the DRM digital radio standard in the country, which represents probably the biggest digital radio roll-out project in the world”.

In India, the Ministry of Communications issues the amateur radio operator license following an examination. In 2008, The Tribune reported that there were 16,000 licensed operators in the country. Some prominent operators include the late Rajiv Gandhi (callsign: VU2RG) and Amitabh Bachchan (VU2AMY). The country’s first shortwave public broadcasting station was set up by E.P. Metcalfe, the vice-chancellor of Mysore University, in 1935.