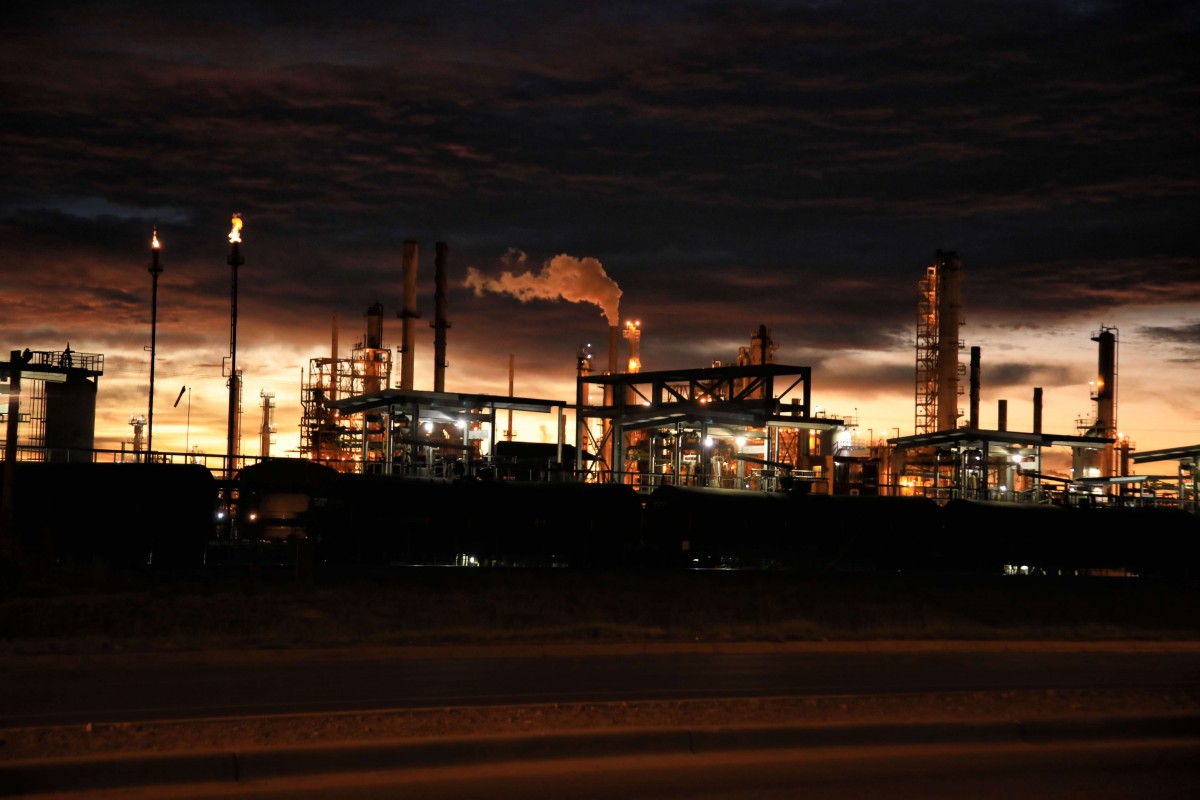 From a New Bird to a Community Reserve, Arunachal’s Bugun Tribe Sets Example

The following interview is part of a series called ‘Climate Conversations‘, which will address salient issues in the impacts and politics of climate change.

A carbon tax is an increasingly favoured measure in many countries to help tackle climate change. However, it can be regressive and have bitter opponents – as the French government recently discovered.

In contrast, two researchers recently proposed a progressive carbon tax for India, possibly for the first time in such detail. Nagraj Adve interviewed them – Shouvik Chakraborty (University of Massachusetts Amherst) and Rohit Azad (Centre for Economic Studies and Planning, JNU) – for The Wire.

The interview was conducted over email. The questions are in bold. The text has been lightly edited for clarity and style.

Could you tell us how a carbon tax helps reduce greenhouse gas emissions and thereby combats climate change?

Additionally, if the revenue generated is spent – as we propose – on changing the energy mix of the economy in favour of greener forms and incentivise improvements in energy efficiency (for example, the use of more LED bulbs or improving industrial energy efficiency), it helps address the climate change problem from the supply side as well.

You propose a tax of $60.40 per tonne of carbon dioxide for India. What is it in rupees?

Approximately Rs 2,800 per metric tonne of carbon dioxide. We assumed Rs 46.11 per US dollar – the exchange rate in 2011 – since our study is based on the latest consumption expenditure survey of the National Sample Survey Organisation, from that year. This tax is collected at the point where the carbon enters the economy, at mineheads, refineries or ports.

There are protests going on in France, catalysed by the introduction of a regressive fuel tax by the Emmanuel Macron government and since withdrawn. Your proposal, in contrast, has several progressive aspects.

Since a carbon tax is regressive in nature, the working class who are already suffering as a result of the global economic crisis see it – rightly so – as an additional burden. In contrast, our ‘Right to Energy’ proposal addresses this legitimate concern by promising the relatively poorer sections of society free electricity and public transport up to a certain limit. Moreover, by spending a part of the tax revenue on cleaner renewable energy and on energy efficiency, air pollution will reduce, thereby improving everyone’s health.

Also read: Gilets Jaunes Protests Are Questioning the Value of Work Under Neoliberalism

It is a proposal that simultaneously addresses both equity and climate change. As a result of this policy – taxing all while redistributing the revenue in kind to the poor – those who pollute more because of their lifestyle choices will indirectly be paying for the energy usage of those who pollute less. You could think of it as a Robin Hood tax.

The Economic Survey 2016-2017 discusses India’s “clean environment cess” of Rs 400 per tonne of coal (i.e. Rs 880 per tonne of carbon dioxide). It is less than a third of your proposed tax rate. Is that adequate? At what level would a carbon tax be effective?

There is no specific threshold level of carbon tax per se since any carbon tax policy is better than no carbon tax, provided it also addresses its regressiveness. The problem with said policy is that, at the current rate, it won’t be able to significantly affect emissions as well as compensate for the losses that the poorer will incur. A good policy should not force a choice between two desirable outcomes.

Further, a carbon tax without redistribution, as the cess you mention seems to be, might not even see the light of the day, as in France. Moreover, climate change can’t be fought primarily through decree. You need to incentivise the shift away from fossil fuel energy to greener forms of energy, along with improvements in energy efficiency.

Could the Indian government strengthen its commitments under the Paris Agreement on climate change by introducing a carbon tax like you propose and progressively increasing it over time?

Yes, that is a possibility worth exploring. The Political Economy Research Institute (PERI), University of Massachusetts Amherst, has made such a case for Colorado and Puerto Rico. It is a good strategy since people gradually adjust to the carbon tax and its related price impact instead of facing a sudden jump in prices.

Import duties on crude oil and state taxes on petrol and diesel have been criticised for being too high and regressive. With the added carbon tax you propose, would they need to be lowered?

While the carbon tax’s regressiveness is taken care of in our proposal, it cannot of course address the regressiveness and inflationary nature of indirect taxes in general.

There are two ways to tackle that problem. One, the focus of tax collection should shift from indirect to direct (income and wealth) taxes. This will also address the issue of rising inequality since, in the latter case, you tax the haves more than the have-nots. Two, import duties on crude can be used in a countercyclical manner. When crude oil prices rise, the duties are reduced, and vice versa. This will help stabilise retail prices of petrol/diesel and control inflation.

You prefer providing “universal access to electricity and public transport” over distributing the money received, even though the net monetary benefit of the latter is much higher. Why?

This difference arises primarily because, in our proposal, a significant part of the tax revenue is not distributed (in kind). It is instead used to alter the energy mix of the economy. On the larger issue of cash versus transfers in kind, it has generally been found – especially in the context of developing countries – that transfers in kind have better redistributive effects. This is because cash transfers suffer from serious limitations, including limited access the poor have to banking facilities, lack of control over finances by women in the households, and disbursements not being indexed to inflation and hence declining over time.

There are additional justifications for in-kind transfer in our proposal. One, it incentivises the poor to move away from traditional forms of energy. This is because the price of energy provided will be zero for them, as compared to a shadow positive price they currently pay (in terms of time spent collecting wood, cow-dung cakes, etc).

A cash transfer in all likelihood will not have the same effect since these other forms of energy will still be available to them free of cost.

Two, the availability of free energy (up to a limit) addresses the issue of electricity theft since there will be no incentive left for those stealing at the moment.

You have argued that investing in renewable energy and energy efficiency would “create twice the number of jobs in India” relative to the number of jobs generated by the fossil fuel economy. This would interest trade unions and other social forces.

Clean, renewable energy is more employment-generating, particularly for rural areas, women and socially disadvantaged groups, since it is more labour-intensive compared to the fossil fuel industry. Unfortunately, more jobs are generated in the informal sector, which needs to be addressed to protect the rights of working people.

Exporters will oppose a carbon tax as it would make their goods that much more expensive. The consequent decline in exports would also adversely affect jobs. Your response?

Since most Asian economies, including India, compete in the export market for their products and services, a carbon tax introduced only in India will make them less competitive in cost terms to some extent if other countries don’t follow the same path.

But will it necessarily lead to lower employment in the overall economy? Perhaps not, for reasons discussed above. If investment can be channelised towards domestic markets, it can compensate for the job loss in the export sector. Moreover, a competitive strategy of capturing the global export market based on suppressing wages and lowering workers’ benefits – a ‘race to the bottom’ – is not desirable, especially when a country is a late entrant to global markets. In essence, our initial response is ‘yes’. But if balanced with more a domestic-looking investment strategy, which an independent energy investment strategy would help, then perhaps ‘no’.

Some of the Left literature on climate change, such as – say – writings by John Bellamy Foster, has said that carbon taxes are welcome but are by themselves insufficient to seriously tackle global warming.

Unlike traditional carbon tax, which banks exclusively on the demand side, ours is a ‘tax carbon and spend on green’ policy. Still, it is true that depending exclusively on one strategy won’t work, given the current scale of this crisis.

One can say without doubt that unbridled consumerism under capitalism is at the core of this problem. But ‘changing the system from within’ and ‘transcending it altogether’ are not necessarily mutually exclusive, especially if mitigating emissions is a race against time. It would be great to combine these environmental-justice actions with other social change and movements. But it would be unwise on our part to say that nothing more can be done within this existing social order, as we might push humankind, as scientists are saying, to a permanent ‘hothouse Earth’.

Moreover, the issue of climate change will not automatically get solved even under socialism if the production structures remain similar. Even socialism will require policies, maybe in a different form, that frontally tackle the problem of climate change. While socialism may surely be a more just system, it may not necessarily be a green one.

Nagraj Adve works and writes on issues related to global warming. His booklet, Global Warming in the Indian Context: An Introductory Overview, has been translated into Hindi, Kannada and Tamil.