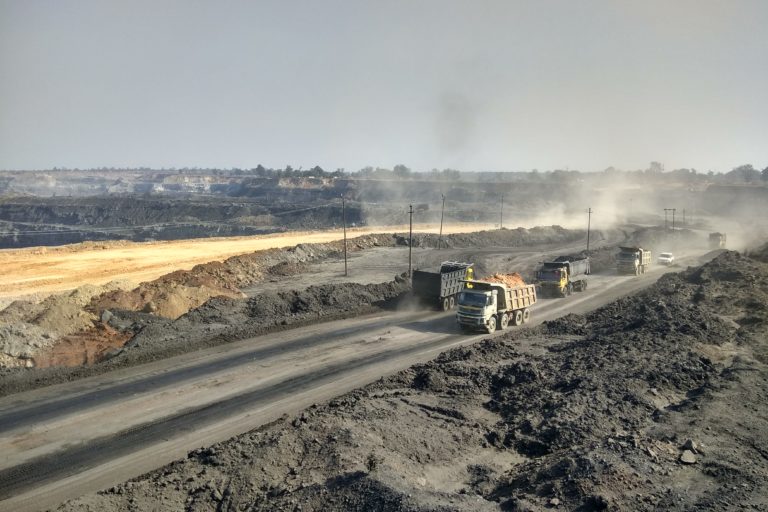 India’s coal production has been under fire for being a polluting source of energy generation and in some cases, not adhering to environmental safeguards. Giving credence to this charge, the latest report by India’s Comptroller and Auditor General (CAG) has found loopholes in the way environment safety is managed by Coal India Limited (CIL) and its subsidiaries which account for the majority — about 83% — of the country’s overall coal production.

The report, ‘Assessment of Environmental Impact due to Mining Activities and its Mitigation in Coal India Limited and its Subsidiaries’ was presented in parliament on December 11, 2019. Out of 500 mines and 15 washeries (under CIL) in India, 41 mines and two washeries (representing eight% of mines and 13% of washeries respectively) were taken up for detailed scrutiny. The performance audit was conducted since most of the coal reserves in India are located in river basins which are rich in forest cover and are habitats of precious wildlife and indigenous tribal communities, noted the report.

The report observed that extraction of coal in these specific locations involved serious environmental and social concerns, including, air, noise, water pollution, land degradation and far-reaching consequences on local biodiversity. The audit, which was done for the period from 2013-14 to 2017-18, noted that the Ministry of Environment, Forest and Climate Change (MoEFCC) while according environment clearance (EC) for the projects of the subsidiaries, stipulated from time to time that a well laid down environment policy, duly approved by the Board of Directors (BoD) of the subsidiaries, needs to be in place.

“Six out of seven coal producing subsidiaries of CIL did not formulate a policy as mandated. Further, although guidelines containing the responsibility and delegation at different levels in environment discipline were formulated by CIL, the same was not dovetailed in their operating manual by the subsidiaries,” said the CAG report.

The state-owned coal mining corporate, which came into being in November 1975, is today the single largest coal producer in the world. It is responsible for around 83 percent of India’s overall coal. This report is significant as coal is expected to continue as the mainstay of India’s energy basket for at least another few decades and flouting of norms by CIL will only add to the already heavy pollution load of the country.

For instance, in September 2019, India’s Minister for Coal, Mines and Parliamentary Affairs Pralhad Joshi said they are undertaking steps to ramp up the domestic coal production from the current level of 730 MT to 1149 MT by 2023 thereby eliminating the coal import except for the limited non-substitutable imports.

The CAG report also suggested that CIL’s subsidiaries may adopt a two-pronged strategy for pollution control. “The capital works relating to pollution control measures may be completed expeditiously. The plantation works may also be taken up simultaneously and aggressively to increase green cover and restore ecological balance in and around the mines,” it said.

As per the report, the coal ministry accepted the recommendations of CAG while assuring to take appropriate action and stated that these would also be applicable to the entire coal sector which included companies other than CIL.

One of the biggest fallouts of the high rate of coal production is high air pollution. The CAG report too looked at this point and noted that according to the environmental management plan of the mines, requisite number of air quality monitoring stations as specified in environment clearance were to be established in the core zone (within three kilometres of the mining area) and buffer zone (within 10 km of the mining area) of each mine for monitoring air quality.

Highlighting the irregularities, the report stressed that the National Ambient Air Quality Standards, 2009  (NAAQS) notified by MoEFCC in November 2009 mandated monitoring of Particulate Matters (PM10 and PM2.5) on an annual and 24-hour basis. “Although these norms came into effect from November 2009, ambient air quality was monitored in Eastern Coalfields Limited (ECL) only from May 2015 for the cluster of mines. Further, six locations of ECL were monitored only till March 2015, although PM10 levels in these stations always exceeded the prescribed norm under NAAQS. The concentration of PM10 and PM 2.5 in the air exceeded the levels prescribed in NAAQS in six mines across three subsidiaries during 2013-18,” said the report.

These irregularities highlighted by CAG are also against the basic objectives of CIL’s latest Corporate Environment Policy.

In its Corporate Environment Policy 2018, some of the objectives CIL has specified is conduct mining and associated operation in an environmentally responsible manner, prevent pollution of surrounding habitation by continuous monitoring and adopting suitable measures for environment protection, implement environment management plans in all its mines/projects effectively to mitigate pollution, ensure compliance of all applicable environmental clearance and forestry clearance conditions and other statutory conditions issued by regulatory agencies.

“There have been years of continuous scrutiny and there is still no improvement with CIL. Previously, in 2011, CAG had highlighted that Coal India is operating mines without environmental clearance. In 2015, the audit’s focus was on Corporate social responsibility (CSR). CAG at various instances has been highlighting issues with CIL. This CAG report is very comprehensive and it highlights shortcomings of CIL on environmental performance in a comprehensive manner,” Soundaram Ramanathan, deputy programme manager (energy thermal) at the Centre for Science and Environment, told Mongabay-India.

“However, the recommendations to act upon are brief and it is not sufficient to enable action. it is also worrisome that despite CAG’s continuous audit and highlights of deficiency CIL is not taking any steps to rectify and improve its performance,” said Ramanathan.

As far as water pollution is concerned, the audit report noted that during 2013-18, out of 28 mines selected for audit scrutiny, in eight mines across three subsidiaries, the pollutants exceeded the limits prescribed. It also observed that during 2013-18, 6.2 million (62 lakh) kilolitre (KL) of untreated water was discharged in nearby water bodies contaminating groundwater by mines of Mahanadi Coalfield Limited (MCL), another subsidiary of CIL.

As per the norms, to mitigate water pollution caused by mining activities, measures such as installation of water treatment plants for eliminating pollutants from mine water as well as stormwater and discharge from the workshops, installation of Sewage Treatment Plant (STP) for treatment of effluents from the residential colonies of the mines are to be adopted.

The callousness can be observed from the CAG report which revealed that the “STP installed at Lakhanpur mines of MCL was inoperative since May 2008” and MCL issued work order only in August 2018 (after a delay of 10 years) for its rectification at a cost of Rs 9.83 million (Rs 98.38 lakh). “The work is still to be completed (November 2018). Meanwhile, the sewage water remained untreated,” the report said.

In one case, the report observed that due to the absence of “mechanical brooming/industrial cleaner” in Piparwar mine, the spillage from overloaded trucks accumulated along the sides of the bridge of the Safi river (Jharkhand) and eventually drained into the river, contaminating it. Similarly, the rejects of Kathara washery of CCL were found to be contaminating the Damodar river (Jharkhand).

Besides finding loopholes in air and water pollution related safeguards of CIL and its subsidiaries, the audit report found several other environmental violations regarding fly ash dumping, fire management, and environmental clearances.