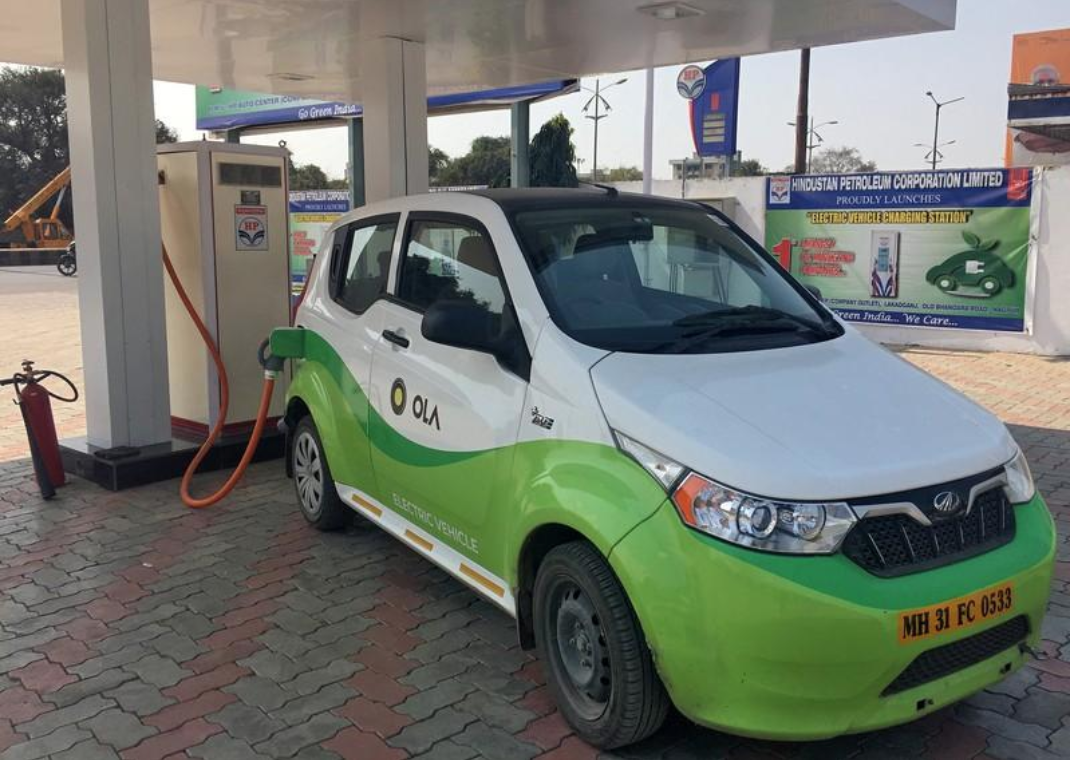 In her maiden budget speech, the new finance minister, Nirmala Sitharaman, announced income tax exemptions for prospective buyers of electric vehicles (EVs) and a reduced GST, from 12% to 5%. The move is effectively aimed at increasing EV ownership across consumer classes. The announcement was an obvious hit with the industry and market speculators hope to cash in on the sector’s imminently bright future. Accolades also poured in from environmental organisations that have long advocated for a shift away from fossil-fuel vehicles. Groups fighting for clean air in Delhi expressed their appreciation on social media.

However, the fundamental question that continues to linger is whether a significant shift to EVs will resolve the air pollution crisis in the country. Moreover, are we prepared to handle the glut of end-of-life lead acid and new generation of lithium ion (Li-ion) batteries?

To answer the air pollution issue, we need to look at how India envisages its energy future. The Government of India’s premier policy think-tank, the NITI Aayog, has analysed data to show that the share of coal-based power in the country’s energy mix will rise to 51% in 2030 from the present 47%. This increase will mainly be driven by consumption in the steel and cement sectors. Thermal power plants are predicted to double their generation capacity by 2047.

Coal will continue to be a significant part of the national energy mix and will remain the primary fuel of choice for industry. Effectively, then, the charging infrastructure required to usher in the EV growth will ultimately depend on highly polluting coal-fired thermal power plants.

In 2018, seven out of the 10 most polluted cites in the world were situated in India. Burning coal is one of the primary causes of air pollution. Recently, researcher from ETH Zurich were able to calculate the undesirable side-effects of 7,861 coal power plants around the world and concluded that plants in India take the highest toll in the world when it came to health.

So a deadly misconception in this context would be to attribute sustainability to EVs. If dirty coal continues to be part of our energy policy, then battery-powered vehicles alone cannot address our air pollution woes.

Apart from air pollution, there is also the issue of electronic waste, or e-waste, from the EV sector. In FY 2019, 759,600 EV units were sold. According to market analysts, the Indian electric car market is projected to achieve an almost 10-fold increase between 2017 and 2025, from $71.1 million (Rs 486.2 crore) to $707.4 million (Rs 4,838.3 crore). This growth will also result in a 10-fold increase in the country’s stockpiles of spent batteries over the following decade. Globally, business analysts expect there will be 3.4 million such packs by 2025. India-specific numbers are not available.

Companies are racing to develop larger, lighter, more efficient batteries that can last longer, charge faster and store more power. When it comes to EVs, Li-ion batteries are now considered to be the industry standard. However, the global Li-ion capacity is very low and India’s Li-ion recycling capacity is simply negligible.

Safe recycling remains a challenge even for mature battery technologies like lead-acid, which remains the technology of choice in conventional vehicles. Despite strong laws, economies in transition like India are yet to develop robust recycling and/or buy-back systems that guarantee 100% formal recycling. As a result, a significant portion of discarded lead-acid batteries end up in backyard smelters across India, where crude and highly polluting techniques are applied to extract the metal.

According to one estimate, workers extract about 60,000 metric tonnes of lead a year at such illegal sites. To put that in perspective, the Delhi Pollution Control Board shut down 45 illegal lead-acid battery smelters in the National Capital Region (NCR) in 1996. These smelters were reportedly emitting the equivalent of 8 lakh cars running on leaded petrol. Such recycling operations are prevalent in the NCR as well as in other parts of the country.

India’s Batteries (Management and Handling) Rules 2001 are limited to channelising spent lead-acid batteries for their environmentally sound management. Despite the increase in the use of Li-ion batteries over the decade, the Rules and its subsequent amendments do not cover Li-ion recycling. The Central Pollution Control Board acknowledged this lacuna in its 2016 compliance report on the implementation of the Rules.

Further, the informal sector hasn’t developed an appetite for Li-ion batteries either, due mainly to the low value of returns on recovered materials. In fact, the cobalt in Li-ion batteries, and not lithium, is what makes recycling marginally attractive. Under this scenario, it is not adequately clear if India is prepared to handle the glut of Li-ion batteries that will dominate the post-consumer EV market in the coming decade.

Industry optimists, who argue that recycling technologies will follow market growth, fail to acknowledge ground realities. Even advanced nations are struggling with their Li-ion waste. In the European Union, for example, only an estimated 5% of the lithium from Li-ion batteries is recovered; the rest is either buried in landfills or burnt in incinerators. Indian policymakers are yet to initiate an honest discussion on recycling batteries. The NITI Aayog’s 2018 policy framework report on EVs makes only cursory references to battery recycling and does not provide any concrete suggestions.

At this juncture, India’s EV future looks promising only for investors. Its supposed environmental benefits do not seem to accrue. Advocates of clean air should not see EVs as a panacea but critically evaluate the risks associated with such a future.