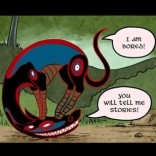 Voters line up to cast their vote outside a polling station in Assam in 2014. Photo: Reuters

In a recent public meeting in Assam, Prime Minister Narendra Modi commented that he dreams of every state in India to have at least one medical and technical college that imparts education in the local language. He further promised to make this happen in Assam during the next tenure of the government. Assam goes to poll in mid-April 2021, where the state BJP led government is seeking a second term.

On the surface this poll promise looks like a good initiative to preserve and promote the Assamese language. But on scratching the surface, we get to see the problems associated with such a move. It will be nothing short of disastrous for the generation of students who will potentially be trained in these colleges.

The level of public discourse in Assamese is not at par with what is available in English in any matter whatsoever. A random perusal of popular books in any subject of study written in Assamese will consolidate this view. The situation is all the more dire if we look at the scientific literature which is published in Assamese. Undoubtedly, several extraordinary writers are doing excellent science communication in Assamese. But the amount of output is nowhere in the range of what it should be. The situation is a bit more hopeful if one includes websites where there has been a recent proliferation of content in Assamese.

An important aspect of inaugurating a college would be to ensure easy accessibility of textbooks and reference books in the language of instruction. It would be safe to assume that none of this would exist in Assamese, especially for the medical and technical streams, that can be compared with the standard ones available in English. Another grave consideration is that an undergraduate degree only in medicine doesn’t suffice in the Indian context. How would a medical student , who is instructed in a regional language only, pursue a speciality or a super-speciality degree?

It would really be foolish for the government to consider opening a medical college with the sole intention of teaching in Assamese. Rather, an overall improvement and implementation of the language should be thought of, starting from the primary level of education.

The issue at hand is in fact much more deeper, as the politics of Assam is very fragmented at the moment. The insider-outsider debate is one of the points of contention for every political discussion in Assam. Claiming to open a college of technical or medical studies in the local language might appear to be preserving Assamese tradition and culture at the outset.

The ground reality remains that there is a lack of attention to more pressing concerns, such as the infrastructure of existing colleges. The present government in Assam has taken upon itself to open as many educational institutes as possible, be it upgrading colleges to universities, or inaugurating new colleges. The fallout of this has been a lack of adequate infrastructural development and appointment of faculty members with at best dubious qualifications.

A clear focus to increase the man power in terms of both faculty strength and seats for admission in the existing medical colleges would have been a better modus operandi. Some existing medical colleges are very well established and have been providing quality care and education for decades. Merely fantasising about the possibility of an Assamese medium college with no thought about the provision of technical and academic text in regional languages, the competence of students outside their immediate institutions, etc. will be disastrous.

This is particularly true in a field like medical science, where it is very important to keep oneself abreast with the latest developments throughout the world. The status quo is that even the syllabus of a masters degree programme in Assamese is not written in the language by the universities. How would it then be possible to imagine an entire technical course in Assamese to function without hiccups?

More recently, the All India Council for Technical Education (AICTE) recommended technical colleges to include Indian authors in its syllabi. A look at the list of textbooks suggested by AICTE will be enough to dissuade any serious academic from following this regressive recommendation. As fields of study, Science, technology, engineering and medicine are international in their scope and restricting them with a language spoken in a small geographical area is starkly imprudent.

A frequent counterpoint against this is the way science is communicated in some European languages. A subtle historical point is missed in such discussions where people forget that Europe was the cradle of science pre-World War II and all of the major scientific discoveries were written up in European languages (such as Albert Einstein’s theory of special relativity, Kurt Gödel’s incompleteness theorem, germ theory, etc.).

The need of the hour is for Prime Minister Narendra Modi and the state government to enable a robust language policy – not just poll gimmicks. A strong base can be created for regional languages by means of publishing books, encouraging scholarship and devising a forum for public discourse without any political inhibitions. These measures will safeguard the Assamese language, not establishing medical and technical colleges where a lacklustre education would be imparted.

Manjil P. Saikia works at the School of Mathematics, Cardiff University, UK. He tweets from @ManjilPSaikia. The views expressed here are the author’s own.