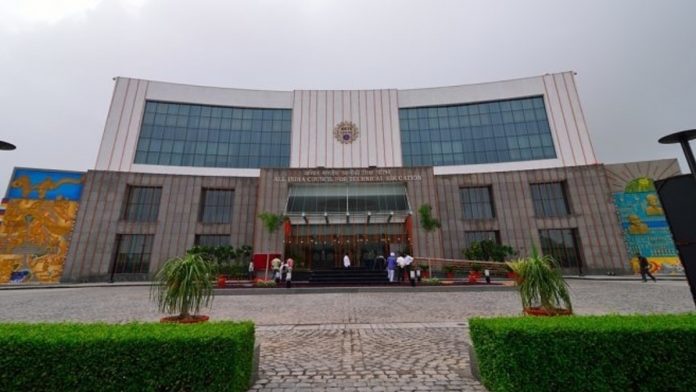 New Delhi: Two senior scientists working with the government have responded to the All India Council for Technical Education’s (AICTE) decision to make physics, chemistry and mathematics optional in high school for admission to engineering colleges, Indian Express reported on March 19.

The Centre’s principal scientific advisor, K. VijayRaghavan, told the newspaper that “rigour and depth in mathematics and physics comes easier early on” and that “it would be wiser to study these subjects in high school before seeking admission to B.E. and B.Tech programmes.”

V.K. Saraswat, a member of the NITI Aayog and former director of the Defence Research and Development Organisation, called the decision “retrograde” and a “step in the wrong direction”.

These words of caution came after AICTE issued a set of revisions last week for universities to admit students to their engineering programmes.

The technical education regulator provided a list of 14 subjects that included business studies and engineering graphics for students to choose from to be eligible for an engineering degree in the country.

Students would need to pass in any three subjects from the list with a minimum of 45% marks in the class 12 board examinations to qualify for undergraduate study of engineering.

AICTE chairman Anil Sahasrabudhe told The Tribune “The revised regulation is in line with the National Education Policy (NEP) 2020 vision that students should be offered more flexibility in their choice of subjects, especially in secondary school.”

NEP 2020 stipulates that there shouldn’t be any hard separations between the arts, sciences, commerce and vocational education, according to Outlook.

M.P. Poonia, vice-chairman of AICTE, told Outlook, “This [revision] will enable a student with a commerce background, for example, to pursue engineering if he wants.”

“Physics, chemistry and mathematics will continue to be important subjects for streams like mechanical engineering,” Sahasrabudhe told NDTV. “For textile engineering, agriculture and biotechnology, students will have an option of not studying the three subjects compulsorily in class 12. They can make up for them through bridge courses later.”

Kiran Mazumdar Shaw, chairperson and managing director of Biocon Ltd., told Indian Express, “Without a background in maths you can still pursue biotechnology, but you will end up limiting your opportunities. I didn’t have mathematics as a subject, but I am working in this area.”

The New Indian Express reported that making physics and mathematics optional for engineering aspirants is not binding on states or universities.

“Universities can still mandate students to pass these courses in order to be admitted into engineering courses,” Sahasrabudhe told New Indian Express.

Also read: What’s It Like to Pursue Science at a Liberal Arts University?

He further said that there won’t be any major changes in the Joint Entrance Examination (JEE) for the IITs at least for a couple of years, according to the report.

The Hindu reported Sahasrabudhe saying at an event that global standard tests similar to the SAT and the GRE may be used to evaluate candidates opting for various programmes in India, including professional and liberal arts courses.

Dheeraj Sanghi, director of Punjab engineering college, also told The Print, “It will be challenging for technical colleges to select students for admissions since not all students will then come with a standard set of courses. Until the admission process is not impacted negatively, the change holds no threat to the education system.”

The Wire Science@TheWireScience
3 Following 26.4K Followers
The Indian government introduced a ‘Group Insurance Against Accidents’ in May 1982, to provide “a sense of security… https://t.co/KQ76veusFv
9 hours ago
Some economists have written that certain economic models dangerously downplay the risks and urgency of the climate… https://t.co/Ggnm2ZtX2D
10 hours ago
1 1
Heavy rain pounded the southern part of West Bengal and the coastal region of Odisha on Sunday, affecting normal li… https://t.co/fzMODRcBj8
11 hours ago
A citizens’ movement in Goa resisting three developmental projects in the state, has received the Sanctuary Asia Wi… https://t.co/arWSITxUR7
12 hours ago
Access to other molecules is limited to those who ‘know a chemist’ able to synthetise the dye and willing to share… https://t.co/8Qzhi47Fmr
13 hours ago
2
In this week’s bulletin, INSACOG said population-level evidence suggests that the omicron variant is associated wit… https://t.co/HfQLDv31DD
14 hours ago
Four states and the national capital have now reported cases of the new variant, which has sparked fresh alert acro… https://t.co/nS6BlC6pEp
15 hours ago
1 1
Most landscapes considered “natural” have long histories of human use, and truly pristine ecosystems have been rare… https://t.co/lsVmXpardW
15 hours ago
2
A senior official in the J&K administration said lakhs of trees are being felled to make way for armed forces infra… https://t.co/wG8vGQPahM
19 hours ago
1
Universities throughout Indonesia have used prestige-based indicators this way to create a roadmap for progress tha… https://t.co/aNI6J5ctZu
20 hours ago
1
In academia, development of new reagents is covered by governments or institutes – so one chemist asked why he coul… https://t.co/5NEgXJOwfy
21 hours ago
1
A week after saying in its bulletin that booster doses should be ‘considered’, INSACOG now says this was neither a… https://t.co/AM3NuZzr3W
1 day ago
3
The Parliamentary Standing Committee on Health has said concerns with regard to the omicron variant developing immu… https://t.co/rN2YluBXTs
2 days ago
2
A 72-year-old man has been found infected with the omicron variant of coronavirus in Jamnagar city of Gujarat, foll… https://t.co/9WdQ0vrflA
2 days ago
1
There are several concerns about the state of nutrition in the country, and the recently released fifth National Fa… https://t.co/jJiOv2VeWV
2 days ago
2
Contact us