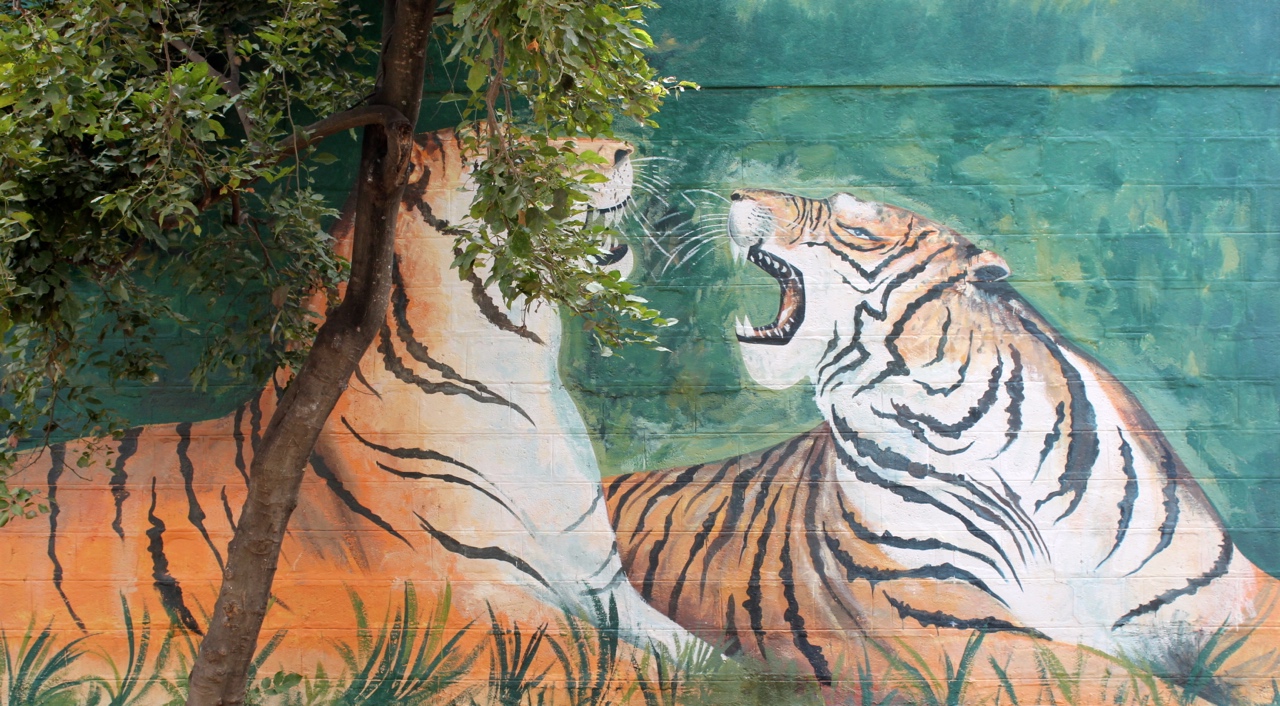 New Delhi: Avni, the tigress whose DNA has been linked to five of 13 deaths she has been held responsible for, was shot dead in Maharashtra’s Yavatmal on Friday night, nearly three months after forest officials launched a massive search operation. The Supreme Court held in September that Avni, known as T1, could be shot at sight, prompting opposition from animal rights activists.

According to NDTV, since September, a team of 150 people equipped with the latest technology, elephants and so-called expert trackers and shooters have been tracking Avni using trap cameras, drones, a pack of trained sniffer dogs and a hang-glider.

Some of the local people of Yavatamal celebrated Avni’s death with firecrackers and sweets, according to Times of India. One of them told Mid-Day, “We have been facing losses as we were unable to go to our farm. But, still the problem has not been solved completely and we want the cubs to be captured at the earliest.”

Speaking to Mid-Day, Ankush Muneshwar, the sarpanch of Wedshi village, said, “People think we are happy because the tigress has been killed, but it’s not the truth. If the forest department had taken adequate steps to capture the tigress when the initial human kills happened, the tigress could have been captured alive and human lives would have also been saved. We are still thankful to them for taking all the best measures, and we feel that the two cubs that are roaming on the landscape should also be captured by tranquilising to prevent man-animal conflict.”

But animal rights activists have been enraged by what they perceive to be the thoughtless killing of an animal vilified to seem like a “man-eater”. Speaking with the Times of India, wildlife activist Jerryl Banait said Avni’s killing violated the National Tiger Conservation Authority’s (NTCA’s) rules. “Such an operation can be carried out only between sunrise and sunset. There were no vets present during the killing early today. Nor were there any police, as per the NCTA’s guidelines. In the night, it is almost impossible to identify the gender of any tiger, let alone a specific target like Avni”

Speaking to Firstpost, Meet Ashar, the lead emergency response coordinator for PETA India, said, “Avni was killed illegally satisfying a hunter’s lust for blood, plain and simple, in possible contempt of court and in apparent violation of the Wildlife Protection Act and the guidelines of National Tiger Conservation Authority. She may not have died instantly but slowly, through pain and blood loss, and likely in front of her now orphaned and vulnerable cubs”.

Avni leaves behind two cubs in her wake.

Let’s rename the Ministry of Forests as Ministry of Poaching. It’s anyway a sham! #Avni pic.twitter.com/NPFg9KLLz4

Animal rights activists have also expressed concern over Avni’s being shot and not tranquilised. According to the New Indian Express, Asgar Ali Khan, son of the controversial Hyderabad-based shooter Shafat Ali Khan, killed the tigress when she attacked the hunting team. According to forest officials, the team tried at first to tranquilise her but fired the killing shot when they couldn’t put her down.

The forest department outlined the course of events in a press release. Excerpt:

Last night, from 6.45 pm onwards, the tigress was sighted by many villagers. The staff started alerting the passersby about the presence of the tiger. When certain about the identity, a team member attempted a dart that hit it, but the tigress moved back and charged at the team, which was in a open gypsy. As an act of self defence, Mr Asghar fired from a distance of about 8-10 m. The tigress died on the spot.

However, Maneka Gandhi, the Union minister for women and child development, has disputed the turn of events citing a report in The Print. She tweeted that Maharashtra minister Sudhir Mungantiwar had issued an order to have the tigress killed despite “several requests from many stakeholders” to not do so. Gandhi  also alleged that Avni’s killing was a crime, that Asgar Ali Khan’s presence in the hunting party was “illegal” and that he was not following orders when he shot and killed Avni.

She ultimately asserted that she would take up the issue with Devendra Fadnavis, the chief minister of Maharashtra.

I fail to understand why a state government should even bother about such a man let alone hire his services for illegal and inhuman acts.

The Dubious Campaign To Remove Eggs From School Meals