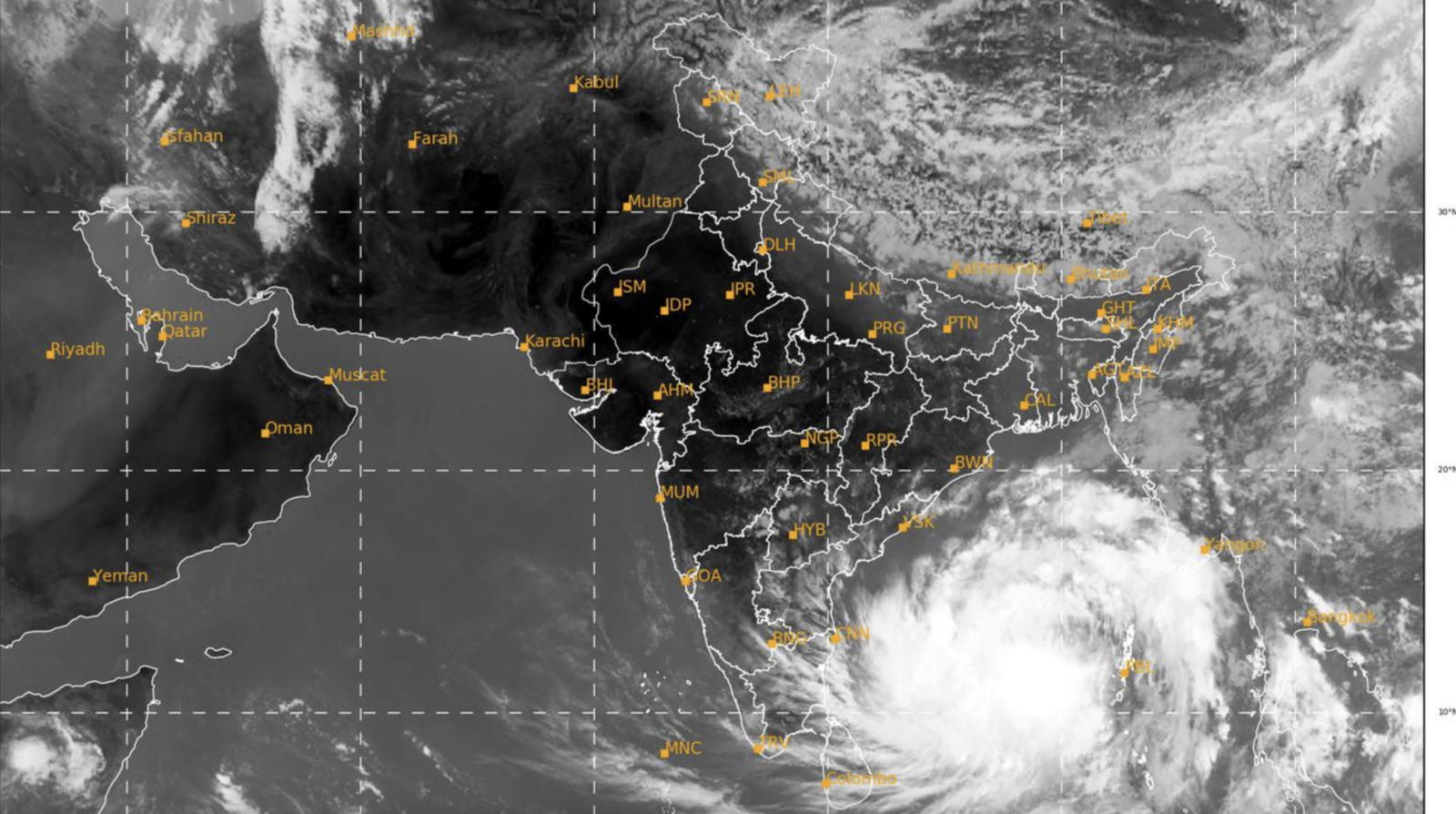 Bhubaneswar: The deep depression over Southeast Bay of Bengal Sunday moved west-northwestwards with a speed of 16 kmph in the last six hours and intensified into a cyclonic storm, named ‘Asani’, the India Meteorological Department (IMD) said.

It is very likely to move northwestwards and intensify further into a severe cyclonic storm over east central Bay of Bengal during next 24 hours, IMD said adding that the system is very likely to continue to move northwestwards till May 10th evening and reach West-central and adjoining Northwest Bay of Bengal off North Andhra Pradesh and Odisha coasts.

Thereafter, it is very likely to recurve north-northeastwards and move towards Northwest Bay of Bengal off Odisha coast.

The IMD director-general Mrutunjay Mohaptra has on Saturday made it clear the cyclone was unlikely to make landfall either in the coast of Odisha or Andhra Pradesh, but will move parallel to the coast in the sea.

The IMD in its latest bulletin said that the the system will remain in the form of a cyclonic storm until Sunday evening, and then intensify into a severe cyclonic storm and will continue to remain in this form till May 10 night. Subsequently, it will lose steam in the sea and become another cyclonic storm on May 11 and 12.

On May 9th, the wind speed will be 105 to 115 gusting 125 kmph and then the storm is expected to lose stream in the sea on May 10 with wind speed coming down to 96-105 gusting 115 in the early hours reducing progressively as the day wears off.

Meanwhile, Odisha government said it has not lowered guards even after getting information that the cyclone will not hit the state’s coast. The state was prepared to evacuate 7.5 lakh people if need be, special relief commissioner P.K. Jena said.