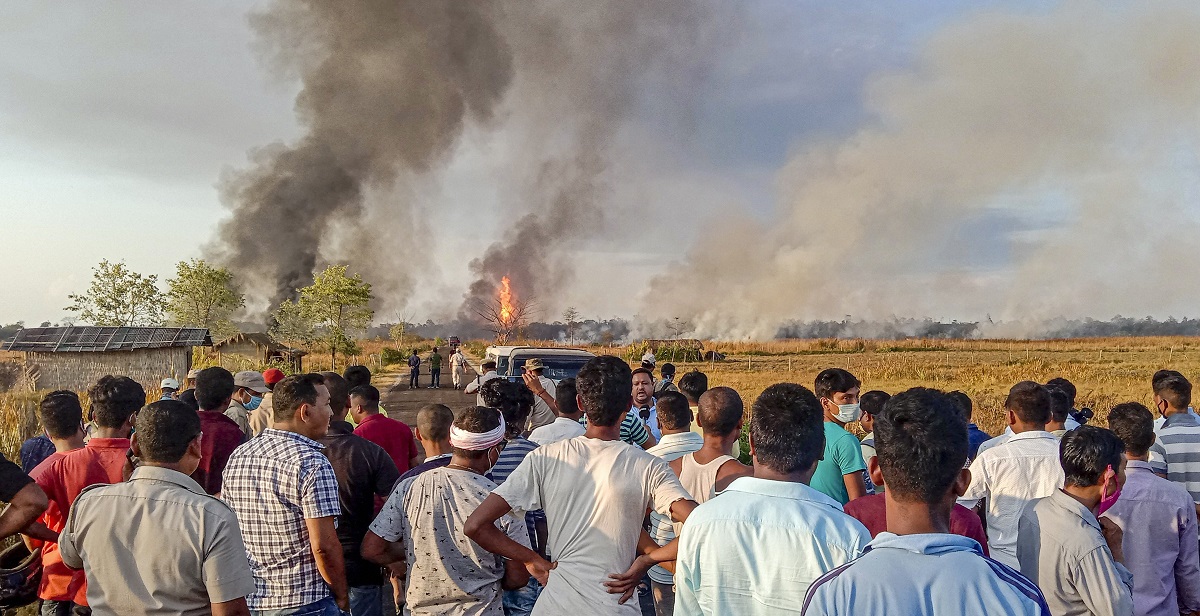 Watch: In Kanpur, a Shelter Home Becomes a Hotspot, Over 57 Inmates Test Positive

Guwahati: Three days after slapping a ‘closure notice’ on Oil India Ltd (OIL), the Pollution Control Board, Assam on Monday withdrew its order asking the company to shut down all operations in the Baghjan oil field, where a gas well caught fire earlier this month after a weeks-long blowout.

This comes a day after Assam chief minister Sarbananda Sonowal expressed displeasure over the PCBA order and said authorities need to be “more sensible”.

OIL had on Sunday said it will approach the Gauhati high court on Monday against the PCBA if the order to shut its Baghjan oil field is not withdrawn.

Revoking its order, the PCBA, in a letter to OIL, set five conditions for the PSU.

It asked OIL to “submit a detailed time-bound environmental management plan within 15 days… for environmental mitigation and extinguishing of fire at the Baghjan oil field and act accordingly”.

The second condition requires OIL to apply for Consent to Operate (CTO) under Section 25 of the Water (Prevention & Control of Pollution) Act, 1974 and Section of the Air (Prevention & Control of Pollution) Act, 1981 separately for each drilling, production and other installations along with environmental management plan and requisite documents within one month.

“They have to submit all the details of hazardous waste generated, disposed and treatment facilities as per the Hazardous & Other Waste (Management & Transboundary Movement) Rules, 2016,” the PCBA letter, signed by its member secretary, stated.

The PSU will also have to apply for authorisation under E-Waste (Management) Rules, 2016 and take necessary action for proper disposal of the e-waste, the pollution control watchdog added.

The letter stated, “They have to submit the return as per Batteries (Management & Handling) Rules, 2001 framed under the Environment (Protection) Act, 1986 within July 31, 2020.”

Citing a number of violations by the PSU, the PCBA had issued the “closure notice” on June 19 alleging that the company did not obtain required permissions for the Baghjan oil field. OIL had categorically denied the charge and claimed it had the “PCBA’s consent” for its all operations in the state.

Earlier in the day, the company said in a statement that the PCBA chairman spoke to OIL chairman and MD on Monday and “the Closure Notice is in the process of being lifted”.

Well number 5 at Baghjan in Tinsukia district of Assam has been spewing gas uncontrollably for the last 27 days and it caught fire on June 9, killing two of OIL’s firefighters at the site.

Following the accident, the PCBA sent a show cause notice to the energy major on June 10 seeking details of its operations in Baghjan in the last 15 years, within one week.

On the ongoing process to douse the blaze at the gas well, OIL said a crucial packing element for the casing hanger will be airlifted from Singapore on Monday.

The consignments being mobilised from outside Assam were stuck at Dalkhota, West Bengal due to a very long waiting queue for COVID testing, it said in the statement.

The company informed that various works at the well site have been hampered due to inclement weather and soft ground condition.

“In order to mitigate the delay and make access of vehicles and placement equipment at the site, actions (have been) initiated for mobilising heavy-duty composite porta deck mats from Kolkata and Guwahati. Materials are expected to be loaded today,” it said.

On the loss of production due to agitation by locals, OIL said there was an output drop of 149 metric tonnes (MT) of crude oil and 0.16 million metric standard cubic metres (MMSCM) of natural gas on Sunday due to disruptions in 22 oil wells and one gas well.

OIL also said various assessments and impact studies of the blowout, as well as the blaze, in villages and nearby forest areas, are being conducted by multiple agencies such as ERM India, TERI, CSIR-NEIST and Assam Agricultural University.