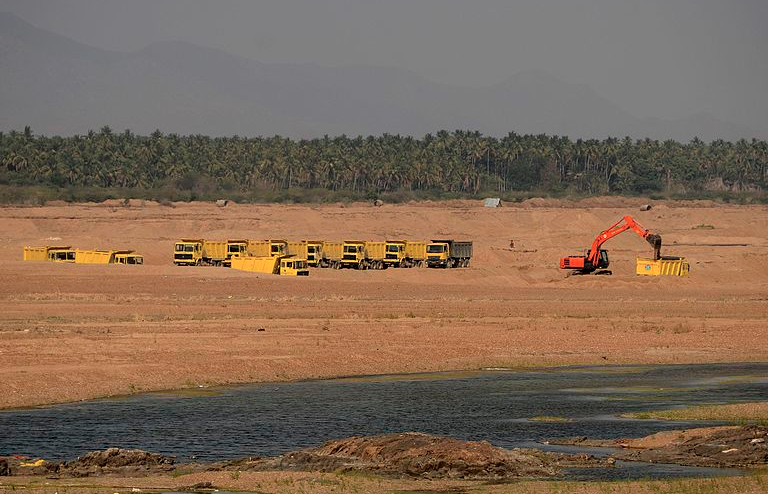 New Delhi: The National Green Tribunal has declared a sand-mining action held by the Bihar government in the state’s Banka district in December 2019 as “void and a nullity”.

According to a report in the HuffPost India, in an 89-page order, the tribunal has held that the Nitish Kumar-led government’s actions were “apparently unguided, whimsical and arbitrary” and in violation of environmental norms.

An example of the violation includes how the government auctioned off the sand mines without preparing a district survey report as mandated. The reports are drafted to ensure that mining occurs in a sustainable manner and so that natural resources are utilised in “an environment friendly manner”. However, in the absence of such a procedure, the revenue of the state was the “sole criteria”, the green tribunal maintained.

Additionally, the government also did not place any limit on the amount of sand that firms could mine.

Speaking to HuffPost India, the government’s senior counsel Keshav Mohan said that the state planned to appeal against the NGT order.

The NGT order has highlighted violations of environmental norms and the arbitrary manner in which auction rights were granted by the state government. The auction for the district of Banka yielded Rs 130 crores for the government, while the statewide process for 24 districts collectively yielded around Rs 2700 crores for the state exchequer.

One of the prime reasons why the National Green Tribunal junked the auction was because the two District Survey Reports cited by the state government were not drafted in accordance with the Sustainable Sand Mining Management guidelines 2016. The 2018 District Survey Report was additionally drafted in violation of the tribunal’s order of September 13, 2018.

A district survey report is based on studies that record the presence of sand and other minerals in a district and lists out the ways in which they can be extracted, in a sustainable manner, to inflict minimum damage to the riverine ecology.

The NGT order specified the importance of district survey reports and said that the preparation of the reports was not a mere technicality or a formality to be completed prior to exploiting a resource but was necessary to ensure sustainable development.

The tribunal also rejected the Bihar government’s claim that the administration had adopted a “studied scientific approach” for the preparation of the report and pointed out that the government had not prescribed any limits on how much sand the firms could mine and had, in effect, granted “unlimited access for mining” the tribunal said. “No quantum of the mineable mineral has been prescribed thereby providing unlimited access for mining,” the NGT order said.

Furthering slamming the government’s claims, the NGT said that the ghats had been auctioned “before being included in the DSR as claimed by the State rendering the stand of the State seriously questionable.”

Finally, the NGT’s order directed that district survey reports be prepared again and that environmental clearance be sought for the same.

As per the HuffPost India report, a firm based in Rajasthan’s Sriganganagar district acquired seven out of 11 sand ghats in the auction while the rest of sand ghats were awarded to two firms – one involved in food processing and based in Uttar Pradesh and another involved in the alcohol business and based in Jharkhand. Very little seems to be available in the public domain about the firms in question.

Dhanbad Wines, which had previously been involved in the alcohol business, told HuffPost India that the firm had no prior experience in the sand mining business.

Hence, most of the firms which won the auction for the sand ghats last year had seemingly little or no prior experience in sand mining, prompting questions about potential violations of environmental norms.