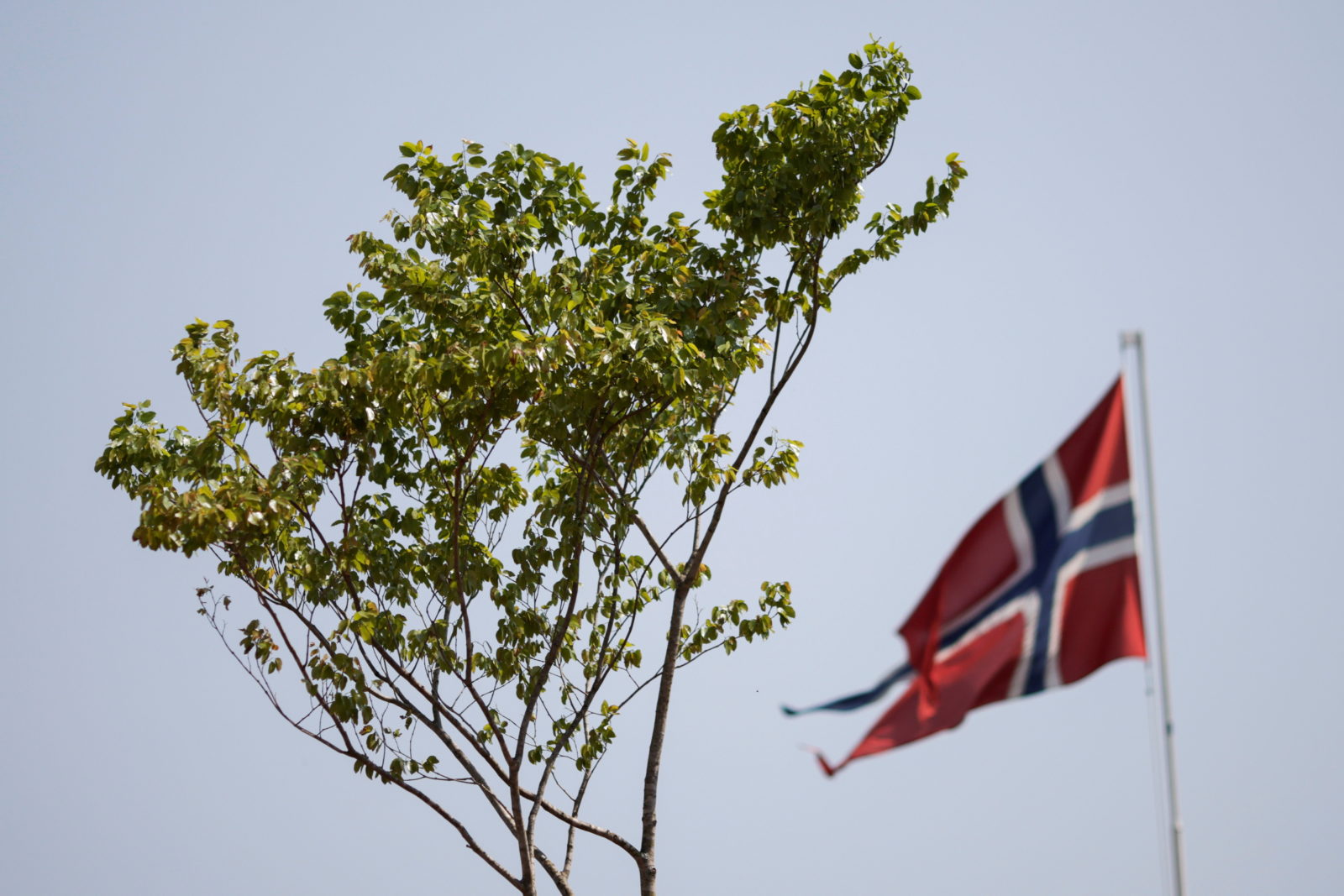 A Jatoba tree, originally from the Amazon, placed in front of the Norwegian embassy, during a protest by activists in Brasilia, September 21, 2021. Photo: Reuters/Ueslei Marcelino

Brasilia: Indigenous activists delivered a Jatoba tree to Norway’s embassy in Brasilia on Tuesday, seeking “refugee” status for it in a symbolic protest against the destruction of Brazil’s Amazon rainforest.

The protest coincided with Brazilian President Jair Bolsonaro at the UN General Assembly defending what he described as his government’s fight against deforestation of the rainforest.

The protest was staged by an indigenous umbrella organization, the Articulation of Indigenous Peoples of Brazil (APIB).

The Jatoba, sometimes referred to as Brazilian Cherry due to its burgundy-colored hard wood, grows in the Amazon and other biomes of South America. The sap of the tall canopy tree is used for medicinal purposes by indigenous people.

APIB leader Sonia Guajajara pleaded for help to save the tree and the Amazon rainforest, saying Norway was the only country that has forbidden deforestation.

“Today the Amazon has become a war zone; 90% of the deforestation is illegal,” she said, calling for a boycott of products that contribute to deforestation in Brazil.

Bolsonaro, who has pushed to open more of the Amazon rainforest to mining and agriculture, has been criticized for increased deforestation under his government.

At the UN, he bragged that Brazil’s environmental laws are a model for the world and promised to end illegal deforestation, although environmental groups met his speech with skepticism.

The Norwegian embassy in Brasilia opened its gates to the protestors’ truck and the Jatoba tree was planted on embassy grounds.