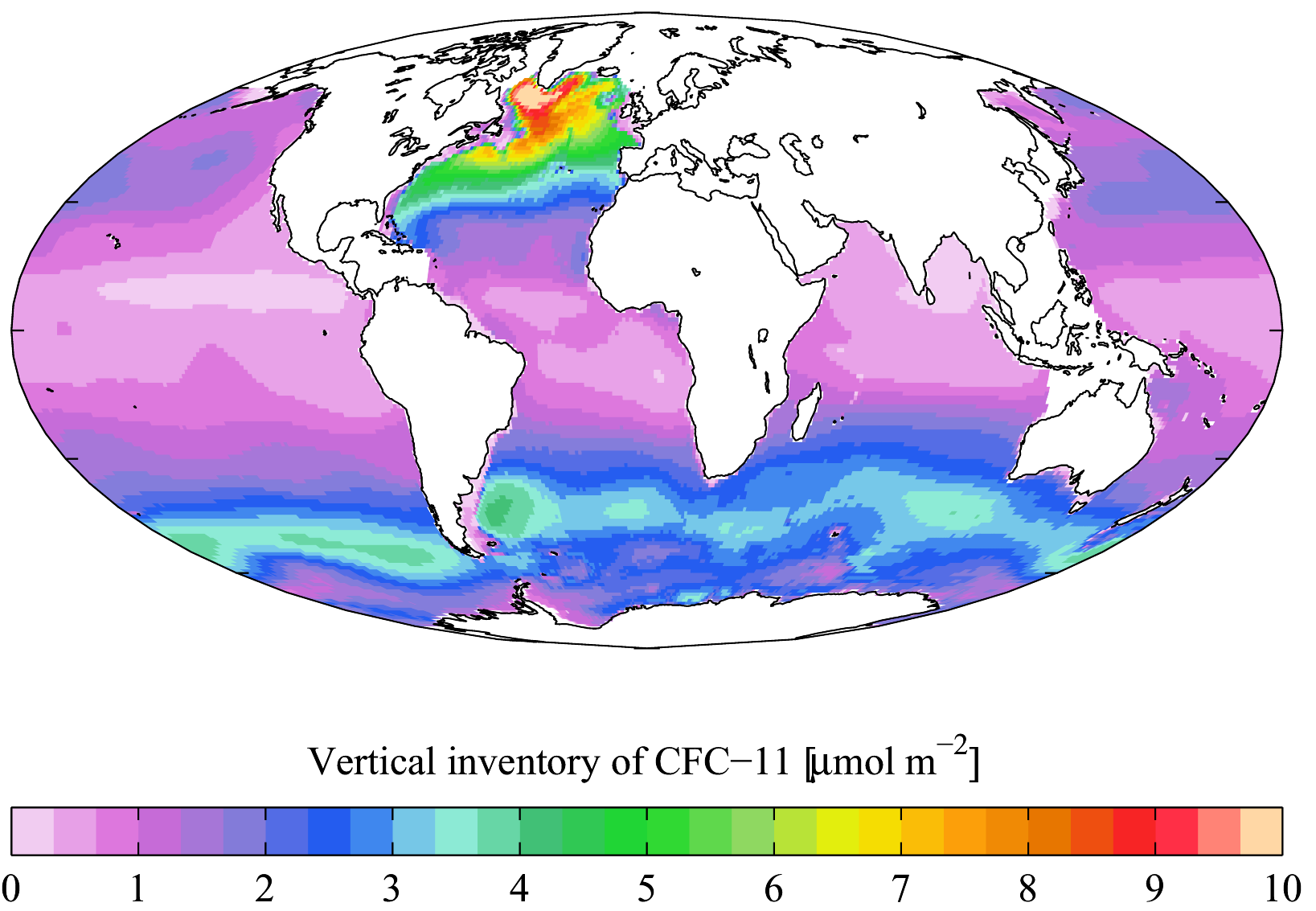 The Gosan measurement station on Jeju Island, South Korea, houses instruments that monitor various gases in the atmosphere over the Asian region.

Here, Sunyoung Park and her colleagues recently detected large amounts of a chlorofluorocarbon (CFC) called CFC-11 in the winds blowing from eastern China.

About a thousand kilometres from South Korea, across the East China Sea, Japanese scientists on Hateruma island also observed something similar: that winds from Eastern China carried more CFC-11 than usual.

This was strange because all countries were supposed to have stopped producing CFCs, including CFC-11, by 2010. China had reportedly stopped in 2007 itself.

If CFC-11 plumes were in the air, it meant either that old reserves of the gas in refrigerators, buildings and/or old foam were leaking out faster than usual – or that someone was producing fresh CFC-11.

CFC-11 – technically trichlorofluoromethane – was first synthesised during World War II as an aerosol. Because the gas isn’t chemically reactive, it was soon used for other purposes like blowing foam, as a coolant in refrigerators and as an insulator in buildings. Every country hosts some amount of CFC-11 locked up in old refrigerators and/or foam, and every year, a bit of the gas leaks out into the air.

As long as it stays near the surface, it doesn’t pose a problem. But when it rises up into the upper atmosphere, ultraviolet rays from the Sun remove each CFC-11 molecule of one chlorine atom. These atoms then attack the ozone layer.

Two American scientists estimated in the 1970s that a single molecule of CFC-11 can damage about 100,000 ozone molecules. In response, 193 UN-member states, three non-member states and the European Union agreed on the Montreal Protocol in 1987, according to which they would all cease producing CFCs by 2010. As a result, since the mid-1990s, scientists have recorded a continuous decline in CFCs emissions into the atmosphere.

Last year, Stephen Montzka and his colleagues from the US National Oceanic and Atmospheric Administration reported that CFC-11 levels  were on the decline but that the rate of decline seemed to be falling off. From their measuring station in Hawaii, it appeared that more of the gas was blowing from the direction of Asia.

Since then, a large consortium of scientists have inspected CFC-11 levels in different parts of the world. They collected air samples at their stations and, using a technique called gas chromatography, studied their composition.

While stations in Europe and America continue to record downward trends, researchers in Japan and South Korea have noticed a rise in the amount of CFC-11 after 2013. Both these stations are downwind of China and catch winds from Beijing, Hebei, Jiangsu, Liaoning, Shandong, Shanghai, Tianjin and Zhejiang.

Sunyoung Park’s team in Kyungpook National University has been measuring atmospheric concentrations of CFCs at the Gosan station since 2008. “Our measurements show continuous high CFC-11 signals in pollution plumes from Asia, even after 2010,” she told The Wire.

In fact, her team has found that – for reasons they don’t yet know – the size and frequency of CFC-11 signals have been increasing since 2013. So the team members took to computer models that used weather data to track the winds back to their probable sources.

“The transport models use the information of atmospheric dynamics to simulate how air masses move,” Park explained.

Luke Western, from the University of Bristol and another member of the study team, said, “This tells us where the compounds we measured [could have] come from and how they [were] transported.”

And the scientists didn’t stop there. Every country has a self-reported inventory of year-wise CFC-11 reserves. So the researchers used this information to calculate how much CFC-11 each country should emit according to these records. Then, using these estimated, they gradually increased the amount of leakage in their modelled results until the two matched.

They found that, assuming there was no unreported production of CFC-11, gas reserves will have to diminish 7-8-times faster than they do currently to account for the current emissions levels – but this is highly unlikely to be the case.

“We used four different modelling simulations to check for congruity and got the same trend each time,” Western said.

To compare, CFC-12 levels have only been on the decline everywhere.

In sum: China is in clear breach of the Montreal Protocol.

As of now, there is no evidence to suggest the ozone hole is recovering slower than expected, but this could be because it takes two to five years for CFC  molecules to become exposed to ultraviolet radiation. The chlorine product then has to travel down to lower stratosphere over the Antarctic, where it can destroy ozone.

“Most of these increased emissions are still in transit, not affecting the stratospheric ozone yet,” Susan Strahan, a senior scientist at the Universities Space Research Association, Maryland, told The Wire. Strahan was not involved with the study

“Before the report of new CFC-11 emissions last year, our models predicted that the ozone hole would be gone by the 2070s,” she explained. So the fresh emissions will “likely delay the recovery of the ozone layer over Antarctica, but exactly by how long I can’t say.”

Park said she and her team are going to investigate the same thing, together with the emissions’ impact on the mid-latitude ozone layer. Scientists are also hoping that their study will enable law enforcement agencies to crack down on illegal production of CFCs.

After Montzka’s report last year, Chinese authorities found and shut two illegal CFC-11 production facilities in Liaoning and Henan provinces, seizing 30 tonnes of CFC-11 and 177.6 tonnes of raw materials. According to government sources, the facilities were using the liquid-phase fluorination process, with carbon tetrachloride as the starting material and antimony chloride as the catalyst.

Also read: What’s the Carbon Footprint of Your Sofa, of Your Festival Meal?

“We hope that our data will be useful to enforcement agencies trying to take action against individuals or companies who are producing substances banned under the Montreal Protocol,” Western said.

While the case against China is clear, other Asian countries don’t have a clean chit yet. Global CFC-11 levels haven’t been declining as expected since the early 2000s. China’s emissions seem to follow regional projections until much of 2012 and can’t themselves account for the slackening observed before.

So scientists advocate further investigations in other Asian countries, including in parts of China that were not monitored in this study, to catch the full breadth of the problem.

“The techniques used in the study are novel,” Jayes Srinivasan, a distinguished scientist at the Divecha Centre for Climate Change, Indian Institute of Science, Bengaluru, said. “This is because the authors used both chemistry models and observations near China to trace the likely source of fugitive emissions.”

“In future, this technique could also be useful to monitor carbon dioxide emissions from different countries.”