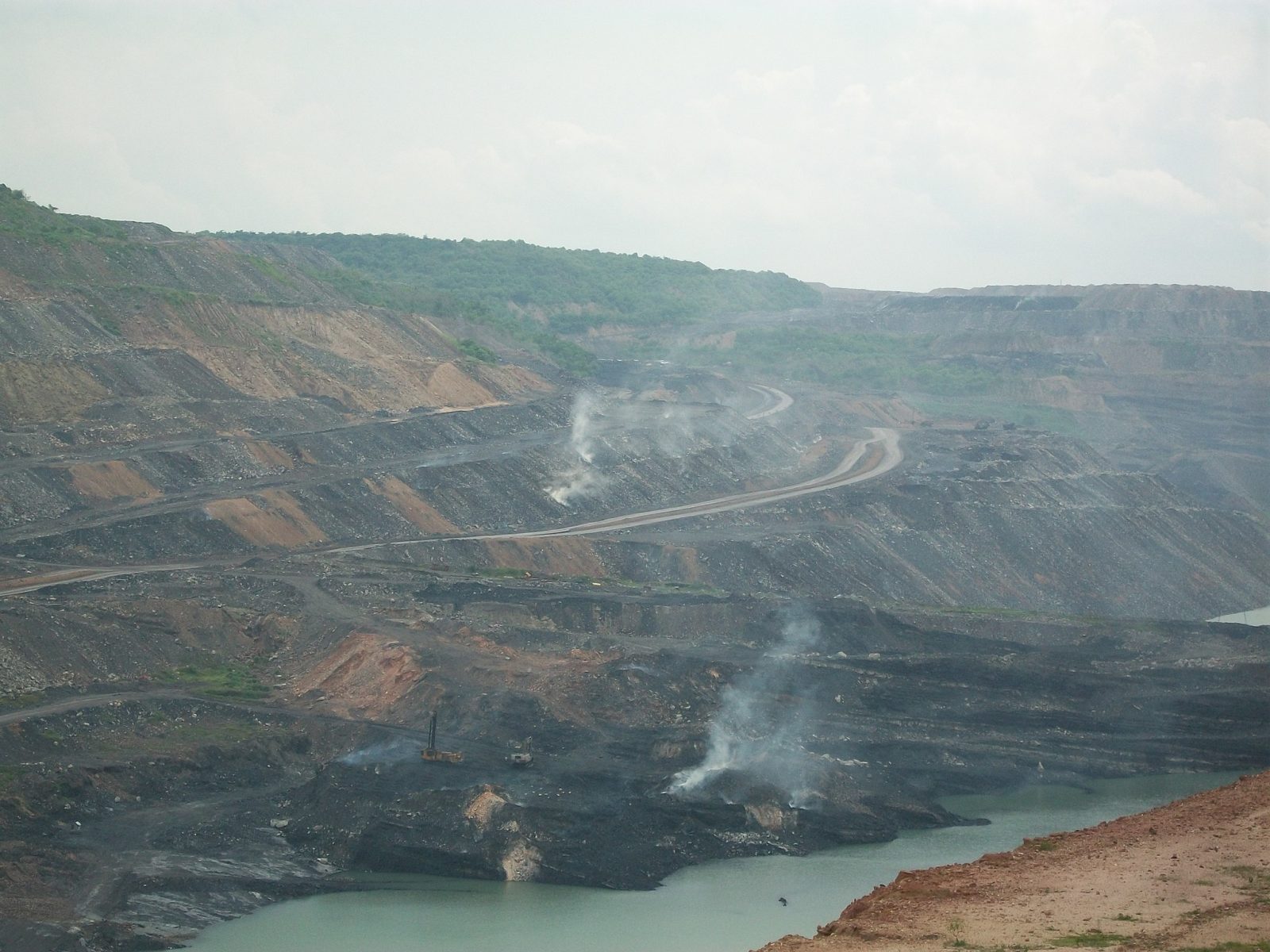 After Failing to Meet Targets, India Urges Workers Not to Refuse Vaccines

The national government has unveiled a ‘single-window clearance system’ to speed up the operationalisation of coal mines and address the coal mining sector’s woes. But despite a plethora of complaints and grievances from the coal mining-affected communities, a similar mechanism for dealing with their issues eludes them.

Social activists and experts note that this sums up the approach of the government, which, for the ease of business, has done everything from relaxing norms to changing them over the years while ignoring the communities that are affected by coal mining.

Laxmi Chouhan, who is secretary of Saarthak, an organisation working on environmental and rehabilitation issues related to coal mining in Korba (Chhattisgarh), said there are many examples in his area.

“In one of the many coal mining projects in Korba, the land was acquired in 1978 but the compensation and rehabilitation issues continue till date … as a result, the people run from pillar to post from one department and official to another while their work still remains incomplete,” Chouhan told Mongabay-India while comparing the single-window system for coal mining companies with the long-drawn-out redressal process for the mining-affected communities.

While launching the ‘Single-Window Clearance System Web Portal’ on January 11, to speed up the operationalisation of coal mines, home minister Amit Shah said that the coal sector has crossed an important milestone in Indian government’s dream of a self-reliant India. He further noted that “the coal sector would play a very important role in achieving the target of a five trillion dollar economy by 2022.”

He noted that the need “to remove uncertainty in the coal sector and bring in transparency” was felt for a long time. Through this new system, the companies that successfully bid for coal blocks would be able to secure all required clearances, including environmental and forest clearances, from a single platform.  At present, about 20 clearances are required from various ministries and departments for operationalising a coal mine. This is crucial for the industry which has repeatedly complained that the delay in clearance delays the operationalisation of mines by several years.

The single-window clearance adds to the number of steps that the national government has taken over the years to support coal mining and ease rules for the industry even as it has been under pressure internationally to reduce coal production. Instead, the government has taken steps to reduce the import of coal and increase coal production, crossing the mark of billion tonnes of coal every year.

Decisions such as allowing easy expansion of capacity of coal mines without a public hearing, opening the sector for commercial players, and allowing thermal power plants to shift from imported coal to domestic without seeking separate clearance are part of the government’s efforts to support the coal industry. Increase in mining activities, especially coal, has been central to the central government’s plans to support the economy that took a severe hit during COVID-19.

At the launch of the single-window system, Shah also allotted mines to 19 successful bidders who secured them during the commercial coal mining auctions in 2020. The home minister revealed that about Rs. 2.5 trillion (Rs. 2.50 lakh crore) will be invested in the next decade under the public sector plan of coal and about Rs. four trillion (Rs. four lakh crore) is expected to be invested under the public-private plan. He also emphasised that the commercial coal mining auction process will open the way for development in the central and eastern tribal areas of the country.

Shah also highlighted that they have created a Rs. 460 billion (Rs. 46,000 crore) District Mineral Development (DMF) fund for people living near the mines, with focus on the development of districts and especially the least developed villages amongst them. He claims that this has led to the development of tribal, Dalit, backward and poor people living in these areas while the experts and leaders working on the ground with such communities feel otherwise.

No single-window system for grievances for mining-affected communities

Environmental organisations working in the coal mining areas believe that the increase in coal mining could become the nail in the coffin for communities that live in and around such areas and whose lives are directly affected. They feel that this transition won’t be fair to them and is instead only going to make the life worse in such areas.

Laxmi Chouhan said Korba, a major coal mining hub of the country, cites many examples where land for coal mining was acquired decades ago and till date, the affected people are waiting for compensation and rehabilitation packages.

“In many cases, the land for coal mining is acquired by using the coal-bearing law after which the locals can’t sell their land no matter what their emergency is … But then mining takes place, while those affected or whose land is taken away neither get compensation nor a job for years and in some cases for decades. Now, even for land acquisition for coal mining by private players, the provisions of the coal-bearing law are being used. Basically, people are orphaned from their own land,” said Chouhan.

He stressed that in some cases where women were the sole heirs of those whose land was taken for mining they were not given jobs starting that under the norms women can’t be given mining jobs in lieu of taking the land.

Similar examples of apathy are playing out in Singrauli and adjoining regions in Madhya Pradesh, which is often called as India’s energy capital.

“What people get is only assurances but no rehabilitation or compensation. For instance, in 1992, land of one Pooran Soni was acquired for coal mining but till date, he has got no compensation even the mining on his land has been completed. In another case, one Ram Singh, whose land was acquired for mining, was jailed several times for protesting and seeking compensation. The single-window is only for those who have everything and not for those who lose everything,” Sanjay Namdeo, who is the head of the Communist Party of India (CPI) in the Singrauli district, told Mongabay-India.

Namdeo remarked that while the compensation package for the land is pending in so many cases, the concerns related to forest, water, biodiversity or even health are not even on the radar of many.

Experts also highlight that what is required is an estimation of coal demand otherwise, the whole sector would be in a serious financial mess.

“If we continue to push for coal mining without keeping in mind the actual demand in the next 5-10 years then we may be driving the entire coal sector in debt and crisis and ultimately the banking sector to the crisis,” said Nandikesh Sivalingam, who is the director of the Center for Research on Energy and Clean Air (CREA), a think-tank working on clean energy issues.

He remarked that the country’s push for coal is “completely contrary to what India claims” in case of climate leadership on a global scale and noted that to drive the recovery from COVID-19, the government pushed for coal rather than aggressively pushing renewables.

“There is, in fact, no discussion around the fair transition of the areas where coal will be finished in the next few decades – something that is urgently required. The plan should be to ensure that those who benefit from coal mining pays as well for supporting the transition of those areas,” Sivalingam told Mongabay-India.

This article was originally published on Mongabay-India and is republished here under a Creative Commons license.

The Wire Science@TheWireScience
2 Following 26.3K Followers
RT @1amnerd: "After years of climate talks and national pledges, especially under the Paris Agreement, carbon emissions have been exactly w…
6 hours ago
4
The United Nations’ new ‘Production Gap Report’, published on October 18, found that the world’s countries appear t… https://t.co/j9XGFm0yBE
7 hours ago
To prevent the rejection of a growing foetus as a parasitic invader, maternal immune systems undergo an overhaul th… https://t.co/bVgrHYsNvi
8 hours ago
1
The principal sticking points include emissions-cut pledges, climate finance, fossil fuels and Article 6 of the Par… https://t.co/ON5Gt29BBx
9 hours ago
1
Once thought to be extinct, the Barren Island volcano is now South Asia’s only active volcano. Both hot springs an… https://t.co/Iz35QO86jg
10 hours ago
1 3
At least 34 people have died following days of heavy rains in Uttarakhand, the state’s chief minister said, as resc… https://t.co/rbTzuc2pC5
11 hours ago
1
Delayed withdrawal of monsoon has, over past 50 years, become an established trend. This year's monsoon exemplifie… https://t.co/HLLTucOzcT
11 hours ago
2 9
Worse yet, the 7 projects also lie in seismic zones IV and V – i.e. ‘severe’ and ‘very severe’ intensity zones, res… https://t.co/3NeeoI6jGv
13 hours ago
1 2
The affidavit also turns its back on important submissions and deliberations in 2019, and paints an oversimplified… https://t.co/zZF51T0hoQ
13 hours ago
3
In the affidavit, the MoEFCC has misrepresented facts to push for seven projects, and has left out information that… https://t.co/XLfsSEoPAp
13 hours ago
2
An affidavit, filed by the environment ministry in the Supreme Court in August 2021, drastically changes its stance… https://t.co/JR089zIDMG
13 hours ago
2
Recently, @Upadhyay_Cavita dove deep into government records and scientific evidence to piece together a disturbing… https://t.co/UZbcBPFrjx
13 hours ago
1
But climate change isn’t the only problem in Uttarakhand. There is another devious force at play. It is turning the… https://t.co/is7zAhKlSm
13 hours ago
1 6
Uttarakhand has received the highest rainfall in 24 hours in recorded history. It should be impossible to believe… https://t.co/pHk8zkuB87
13 hours ago
5 17
The monsoon pattern in India has changed, resulting in bursts of heavy rain in October – by which time it usually w… https://t.co/ZZV26M8wVT
14 hours ago
1 1
Contact us