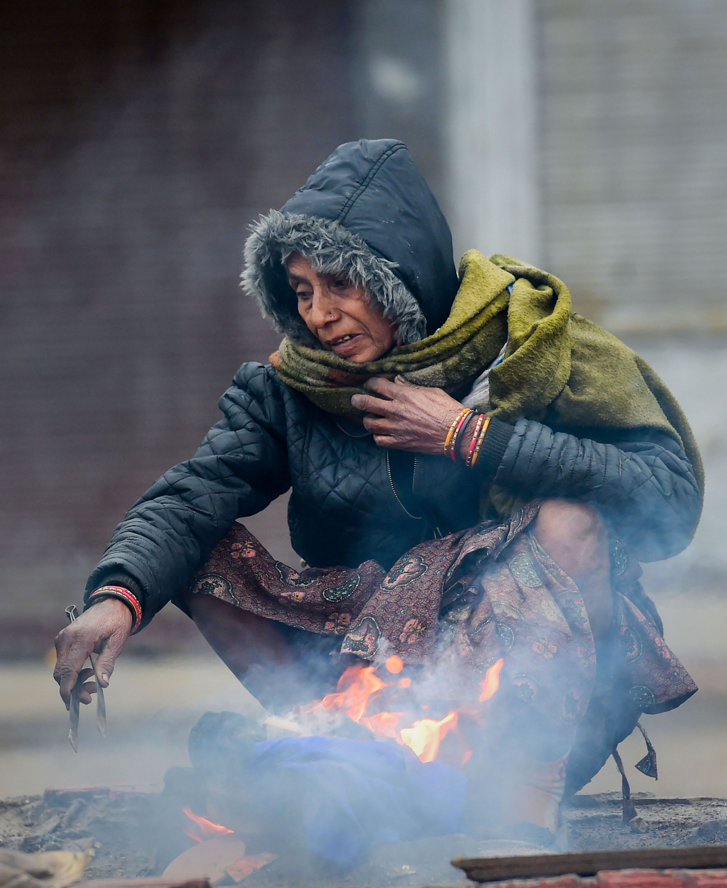 New Delhi: A woman warms herself in front of a small fire during a cold and foggy morning, in New Delhi, Saturday, January 22, 2022. Photo: PTI/Kamal Kishore

New Delhi: The minimum temperatures in northwest and central India are likely to drop by 3-5°C over the next five days, leading to cold day conditions in Delhi and a cold wave in parts of Punjab, Haryana, Uttar Pradesh, Rajasthan, Gujarat and Maharashtra.

Cold wave to severe cold wave is very likely in isolated pockets of Punjab, Haryana, Uttar Pradesh, Maharashtra, Rajasthan, and Gujarat over the next five days.

Also read: In Kashmir, a Century-Old Tradition of Preparing a Winter Delicacy Is Disappearing

According to the IMD, a “cold day” is when the minimum temperature is less than 10°C and the maximum is at least 4.5°C below normal.

A “severe” cold day is when the maximum temperature is at least 6.5 notches below normal.

A “severe” cold wave is when the minimum temperature dips to 2°C or the departure from normal is more than 6.4°C.