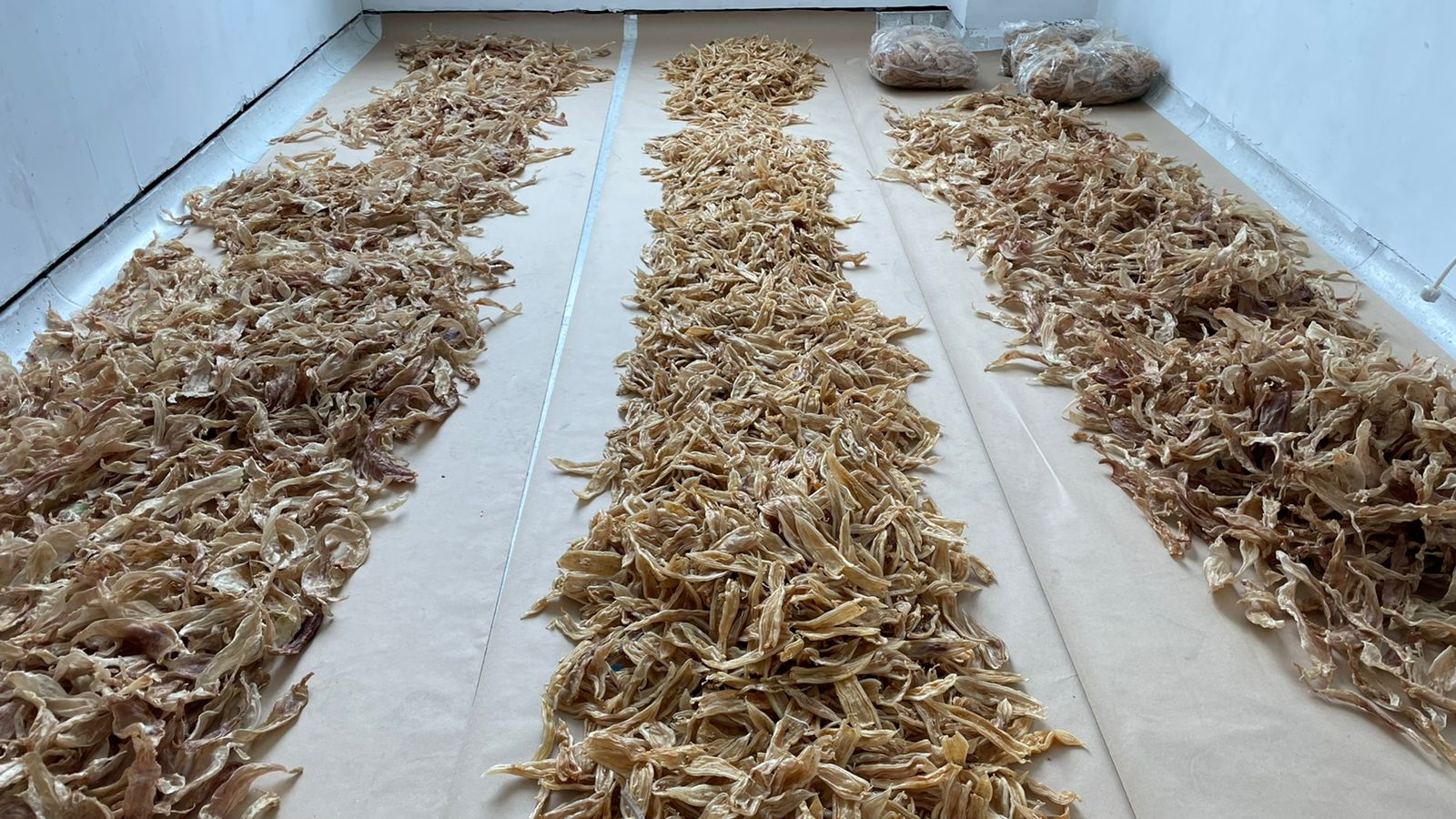 Bogota: Colombian authorities said on Friday they have confiscated a shipment of 3,493 shark fins which were to be illegally trafficked to Hong Kong from Bogota’s airport.

Environmental authorities in the capital said the quantity of fins meant between 900 and 1,000 sharks between 1 and 5 meters (3 to 16 feet) in length would have to be killed.

In some countries, shark fins are sold as having health benefits.

The shipment – packed in 10 packages and the product of illegal fishing – came from the municipality of Roldanillo, in Colombia’s southwest, Bogota’s environment secretary said.

“The shipping company was who initially alerted environmental authorities and police,” Secretary Carolina Urrutia said. “The police are taking samples to know exactly what species they are, but we know that there are more than three species of shark which exist in Colombian waters.”

The national police will handle the investigation, she added, and have asked the shipping company for all information on the sender and the shipment’s final destination.