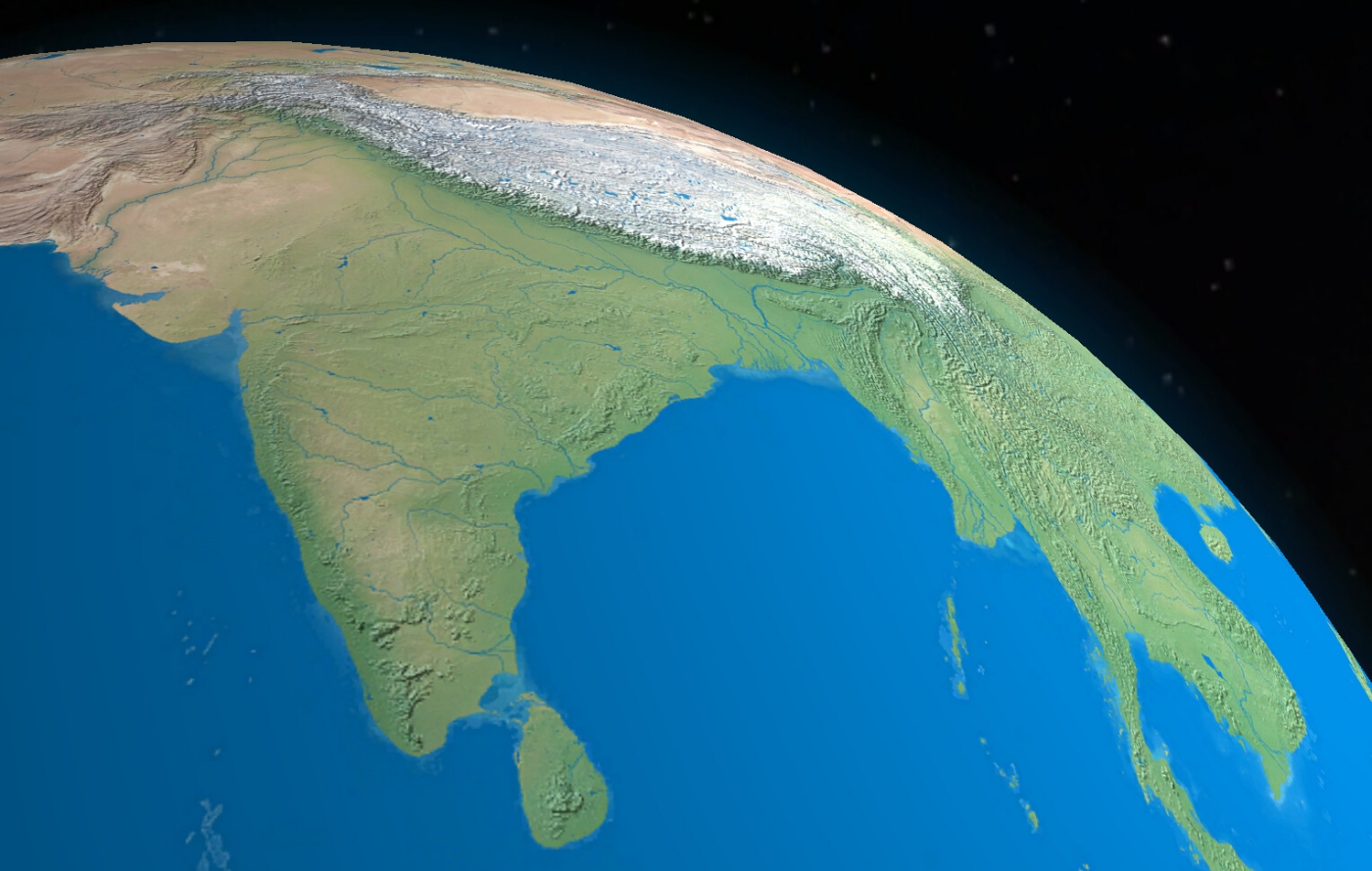 Watch | COVID-19 Bulletin: ‘Peak May Come in June, July As Per Modelling Data’

Digital rendering of the satellite view of India. Caption and image: Przemek Pietrak.

Also read part I of this series about how the lockdown has affected air pollution around India.

India started off on March 24 with a three-week nationwide lockdown. Prime Minister Narendra Modi subsequently expanded it to encompass two more phases – for 19 days between April 15 and May 3, and for 14 days between May 4 and May 17.

Here is a summary of how air-quality changed during the second lockdown in those Indian cities where there is at least one air-quality monitoring station operated by the Central Pollution Control Board.

The drop in measured ambient concentrations for various pollutants ranged from 0% to 50%. We don’t yet have any estimates for remote areas across the country. There are several reports about people being able to see Himalayan mountains from as far away as 200 km for the first time in 30 years, to clean water in the Ganges – both thanks to a five-week shutdown of all transport and industrial activities across the Indo-Gangetic plain.

Over the Indo-Gangetic plain, the drop in air pollution is clearly visible in satellite feeds. NASA data from space showed that PM2.5 and nitrogen dioxide levels had both improved by at least 50% relative to average figures in the same period during 2016-2019, as recorded by the same satellites.

The lockdown is likely to have a stronger effect closer to the ground in cities, and even more so in rural areas. But due to complex interactions between meteorology and atmospheric chemistry, the true reduction in the levels of different pollutants under similar conditions can only be assessed via counterfactual simulation.

India’s third lockdown will end on May 17, 2020. We will follow-up with a detailed report as soon as the lockdown ends then.