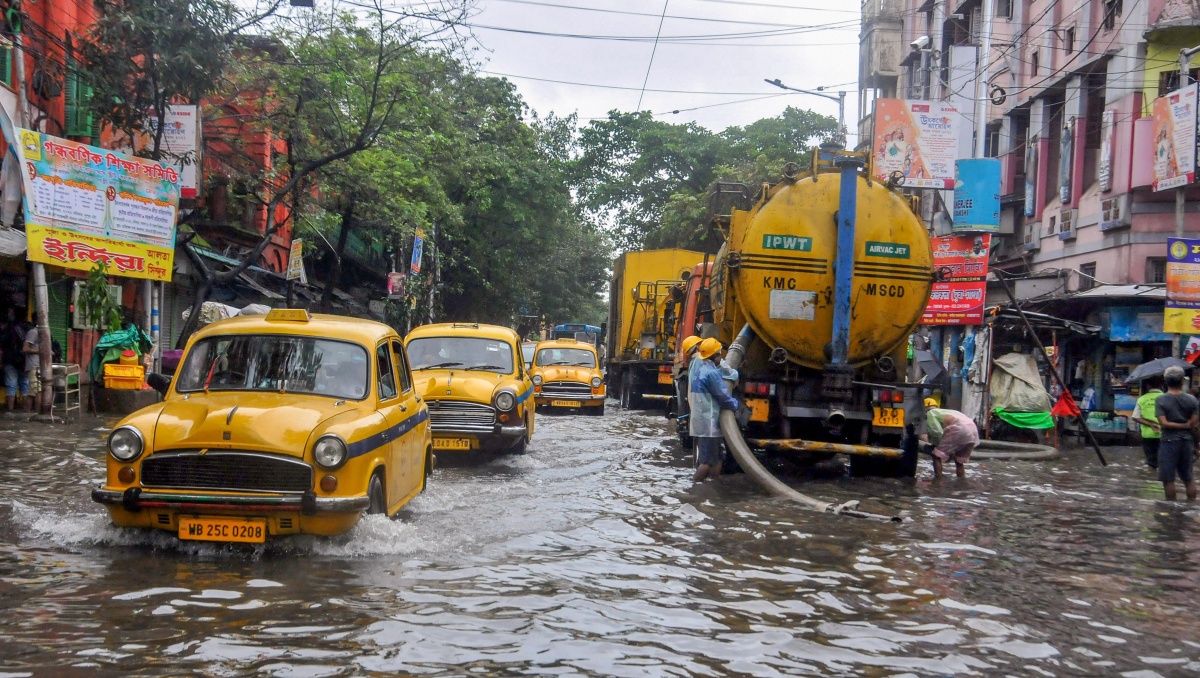 While Vaccine Advisory Body Is Yet To Decide, IMA Asks for Booster Doses

The cyclonic storm is likely to further weaken into a well-marked low-pressure area during the next 12 hours, as a result of which several districts of south Bengal may receive heavy rain till Tuesday morning.

Heavy rain affected the functioning of the Paradip port in Odisha, while reports of crop loss were received from different parts of the state, an official said.

The West Bengal government has stopped ferry services on the Hooghly river, evacuated people from coastal areas and urged tourists not to visit seaside resorts.

Fishermen have been asked not to venture into the west-central and northwest Bay of Bengal, and along and off Andhra Pradesh, Odisha and West Bengal coasts during the next 24 hours.

The depression (remnant of cyclonic storm Jawad) over northwest Bay of Bengal near Odisha coast moved northeastwards with a speed of 25 kmph during the past 6 hours, and lay centred at 5:30 pm over northwest Bay of Bengal, close to Odisha coast about 30 km southeast of Paradip (Odisha), 120 km east-northeast of Puri (Odisha) and 210 south-southwest of Sagar Island (West Bengal), the IMD said in its bulletin at 8 pm.

The coastal districts of Odisha were soaked as the remnants of cyclone Jawad reached Puri coast in the afternoon before taking a re-curve in north-northeast direction and reaching Paradip.

Later the system further progressed towards the West Bengal coast. As the system reached Puri, devotees and several organisations in the town started seeking blessings of Lord Jagannath to save the state.

The weatherman said the districts of North 24 Parganas, Nadia and Murshidabad are likely to witness heavy rain till Tuesday morning.

Squally wind with speed reaching 40-50 kilometres per hour gusting to 60 kmph is also likely along and off the West Bengal coast till Monday afternoon.

During its northward journey, the depression caused heavy rainfall across Odisha while the districts of Ganjam, Puri, Khurda, Jagatsinghpur and Kendrapara suffered the burnt of the rain fury, affecting normal life.

The highest rainfall of 201 mm was recorded in Paradip between 2.30 pm to 3.30 pm, disrupting the loading and unloading of goods at the port.

The Regional Meteorological Centre in Bhubaneswar issued a heavy rainfall alert for 14 districts in the state in the next 12 hours.

The Met office said Kolkata, where the sky has been overcast since Saturday with intermittent rainfall, received 5.5 mm rain in 24 hours till 8.30 am on Sunday.

Digha recorded 19.7 mm rain, while Midnapore got 16 mm and Kalaikunda 15 mm rain during the same period, it said.

A rise in water level was witnessed at various embankments, ponds and water bodies in southern Bengal.

The state administration had asked tourists not to visit seaside resorts such as Digha, Mandarmani, Bakkhali, Frazerganj and other coastal areas on the weekend.

However, with the Met department forecasting that there will not be a cyclonic storm in West Bengal, tourists were seen wading into waters and taking photographs of the choppy sea in Digha in Purba Medinipur district and Bakkhali in South 24 Parganas, ignoring the warnings of disaster management personnel camping there.

The West Bengal government has evacuated 24,375 people from coastal areas of South 24 Parganas and Purba Medinipur and opened 82 relief centres in the two districts.

The administration has also opened 115 multipurpose cyclone shelters and 135 additional temporary relief shelters to deal with any “emergency-like situation”, an official said.

“We have kept everything ready to face any problem due to heavy rain in the next couple of days. Weekly offs and other holidays of all staffers have been cancelled,” he said.

While almost all fishermen have returned to Kakdwip, Digha and other coastal areas, the authorities are coordinating with fishermen associations to find out if anyone is still in the deep sea.

One trawler sank during anchoring at Kakdwip in the South 24 Parganas district. However, no casualty was reported. Damage to crop, animal and fisheries following the incident is being assessed, an official said.

Chief Minister Mamata Banerjee is constantly monitoring the situation and officials of the municipal bodies are on guard, state minister Firhad Hakim said.

In the last two years, West Bengal has witnessed three devastating cyclones — Bulbul in November 2019, Amphan in May 2020 and Yaas in May 2021 that left behind a trail of death and destruction.