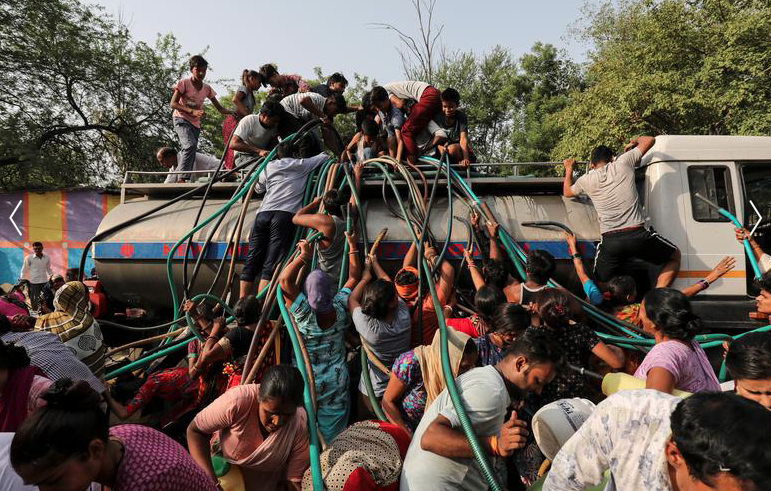 More Fun Than Fun: Learning How Fruit Flies Disperse – From a Tabletop

New Delhi: The Delhi Jal Board (DJB) has written to the Bhakra Beas Management Board (BBMB), requesting it to defer the repair work of Nangal hydel channel (NHC) till the lean period to avoid a “severe” water crisis in the national capital, an official said on Tuesday.

This is the second time in less than a month that the DJB has urged the BBMB to postpone the repair work of the water channel, which supplies 232 million gallons a day of water to Delhi from the Ravi and Beas rivers.

The BBMB is a central government agency, which regulates water and power supply from Bhakra Nangal and Beas projects to Punjab, Haryana, Rajasthan, Himachal Pradesh, Delhi and Chandigarh.

“We had a meeting with the BBMB chairman on Monday. They say the NHC near the Nangal town needs immediate repair as the water can breach it anytime,” a DJB official said.

Any repairs can only be carried out if the flow in the channel is less than 1,200 cusecs, the BBMBs learnt to have told the DJB.

However, Haryana, which conveys this water to Delhi, has said it will be difficult to give water to the national capital if the flow is less than 4,500 cusecs.

“So, we have again written to the BBMB, requesting that the repair work be deferred to the lean season. If not, we will move court,” the official said.

“Delhi is already reeling under a water crisis. If the water supply is reduced any further, it will lead to chaos,” he said.

Delhi’s average water demand stands at 1,150 MGD, while the DJB is able to supply only 935 MGD of water available from various sources.

The national capital depends on other states for over 90% of its drinking water needs.

Water minister Satyendar Jain had on Monday said that Delhi may face a 25% cut in water supply due to a proposed month-long ‒ from March 25 to April 24 ‒ closure of the NHC.