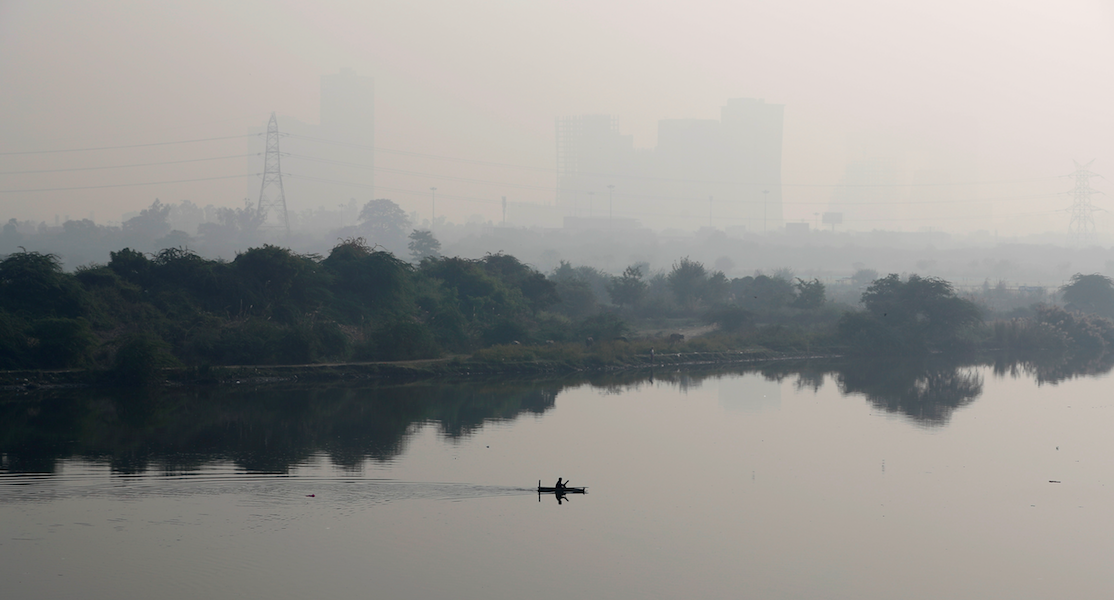 A man rows a boat as buildings shrouded in smog are seen in the background on the outskirts of Delhi on November 15, 2021. Photo: Reuters/Adnan Abidi.

New Delhi: Delhi’s air quality remained in the ‘very poor’ category for the third consecutive day on Tuesday, with the Air Quality Index (AQI) being recorded at 396.

In Delhi, the AQI was recorded in the ‘very poor’ category at most of the stations. At a few places like Dwarka Sector-8 and Patparganj, Alipur, Shadipur, DTU and Panjabi Bagh, it had crossed the 400-mark, going into the ‘severe’ category, according to data shown by the SAMEER app.

The average AQI of Delhi stood at 396, data from Central Pollution Control Board (CPCB) showed.

A visible improvement in Delhi’s air quality was recorded on Sunday although it was in the ‘very poor’ category.

The national capital had recorded a 24-hour average AQI of 330 on Sunday as against 473 the previous day.

Delhi Environment Minister Gopal Rai on Sunday had said that his department had issued a notification for effective implementation of the emergency measures announced by the city government to tackle air pollution.

The minimum temperature was recorded at 12.4°C on Tuesday morning. The relative humidity stood at 88% at 8.30 am.