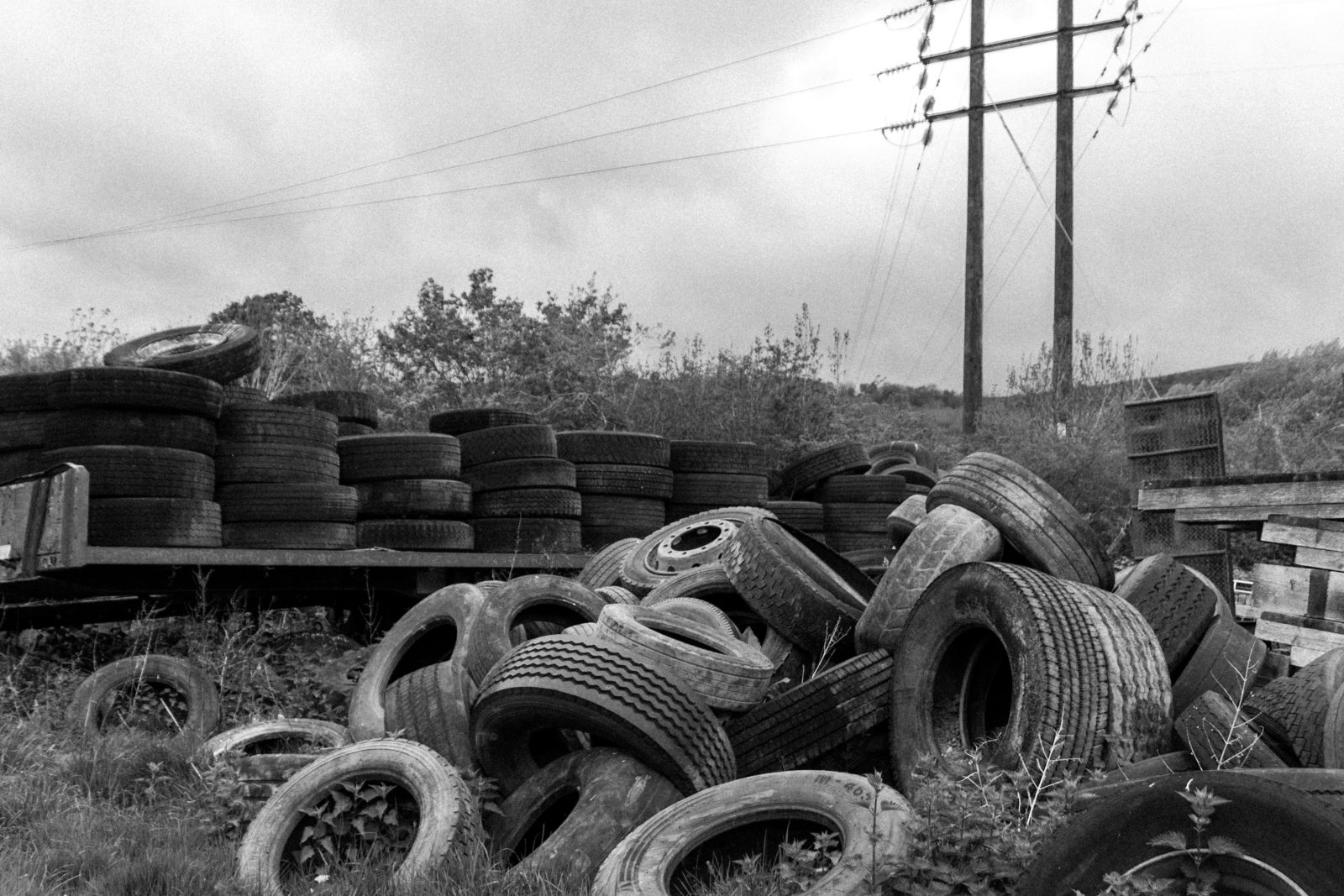 That, according to one estimate, is how many rubber tyres India discards every day.

The Union environment ministry’s new draft notification, published on December 31, 2021, proposes to regulate the disposal of such waste tyres by enforcing the extended producer responsibility (EPR).

This policy extends the responsibility of the producer, or importer, to include the disposal of waste tyres, and frees consumers from having to worry about responsible disposal.

According to the notification, manufacturers and importers of tyres, including waste tyres, will have to ensure that all their products are recycled in line with the government’s standards, and they will have until 2024 to start complying.

India is the world’s third largest producer and fourth largest consumer of natural rubber. Within the country, the automobile industry is the largest consumer, according to one report. Business Standard reported that India produces 6.5 lakh tyres every day.

With the rate of growth of the automobile industry, this number is only set to increase. An “environmental research and action group” called Chintan reported in 2017 that by 2035, there will be around 80.1 million passenger vehicles (cars and utility vehicles) and 236.4 million two wheelers on the roads.

Of the 1.5 billion+ waste tyres that are generated every year worldwide, 6% are in India. In addition, India also imports around 3 lakh tonnes of tyres to recycle every year. They are subject to thermochemical treatments in high temperature to produce industrial oil and other derivatives.

Pollution from these sources is a big concern. In 2019, the Central Pollution Control Board (CPCB) ordered 270 tyre pyrolysis units in 19 states to shut, after finding that the units were flouting environmental norms and were responsible for high levels of pollution.

The same year, following a plea by an NGO, the National Green Tribunal asked the CPCB to create a comprehensive plan to address waste-tyre management in the country, and to look to restrict the import of waste tyres.

The environment ministry’s new draft notification, to extend EPR to include for waste tyres, aims to address these concerns. According to the notification, the ministry appointed an expert committee that included representatives of the NITI Aayog, CPCB and the All India Rubber and Tyre Recyclers Association, among others. The committee had been tasked with preparing a comprehensive action plan to manage the disposal of waste tyres.

After meetings with stakeholders and inputs from the committee, the ministry developed a report on tyre scrap, which also included recommendations on EPR, and submitted it to the NITI Aayog in August 2021.

According to the new draft notification, by 2024-2025, all manufacturers and importers of new tyres will need to recycle all their products, starting with recycling 35% and then 75% of their products for the first two years, and achieving 100% by 2024. The notification also bans the import of waste tyres for the sole purpose of producing pyrolysis oil or char.

Additionally, all producers and importers will have to register with the CPCB and obtain an ‘EPR certificate’ in favour of a registered recycler for all the products they recycle. Recyclers, including facilities that engage in pyrolysis, will have to provide monthly updates to the CPCB on the quantity of waste tyres used, end products produced and EPR certificates sold in this regard.

The CPCB has also been tasked with setting guidelines to impose and collect environmental compensation from producers and recyclers if they don’t comply with these regulations or use false EPR certificates.

If approved – the draft notification will be open for comments for two months – the rules, as part of the Environment (Protection) Act 1986, will be effective from the next financial year, 2022-2023.

A law to change the way tyre manufacturers operate has been in the works for a few years as well. The environment ministry considered a draft to this end in 2017, but it is unclear if anything has come of it. Legislation to tackle the issue of waste tyres would be a “step towards the right direction” for it makes the industry accountable to the environment, a director at J.K. Tyres had told Business Standard in 2017, when the ministry was still mulling the draft.

According to a 2021 study, many countries have adopted the EPR system to make producers responsible for managing their products until the post-consumer stage. It is the most common tyre waste management system in the European Union, for example. Developing countries have adopted it as well: Ecuador established an EPR policy for waste tyres from cars, trucks and buses in 2013.

One 2019 study found that introducing EPR to tackle waste tyres could reduce illegal stockpiling of waste tyres and increase resource efficiency by increasing recycling. However, it also maintained that an EPR system could be no guarantee for waste treatment in the most “environmentally sound way”, because an EPR system will only achieve its objectives if it is properly designed, implemented and enforced.

Also in many developing countries, the EPR system has been mostly implemented to tackle electronic waste. In India, the Plastic Waste Management Rules 2016 introduced the concept of EPR – in which the polluter pays – to manage plastic waste in India, Siddharth Ghanshyam Singh, deputy programme manager of municipal solid waste at the Centre for Science and Environment, New Delhi, wrote in December 2021. This hasn’t translated into action on the ground, he added.

In October 2021, the environment ministry also released a draft EPR policy to manage plastic waste in India. While this was an important move, it neglected several “basic elements of EPR for efficient waste management,” Singh wrote: it didn’t address minimising waste or include the informal waste management sector.