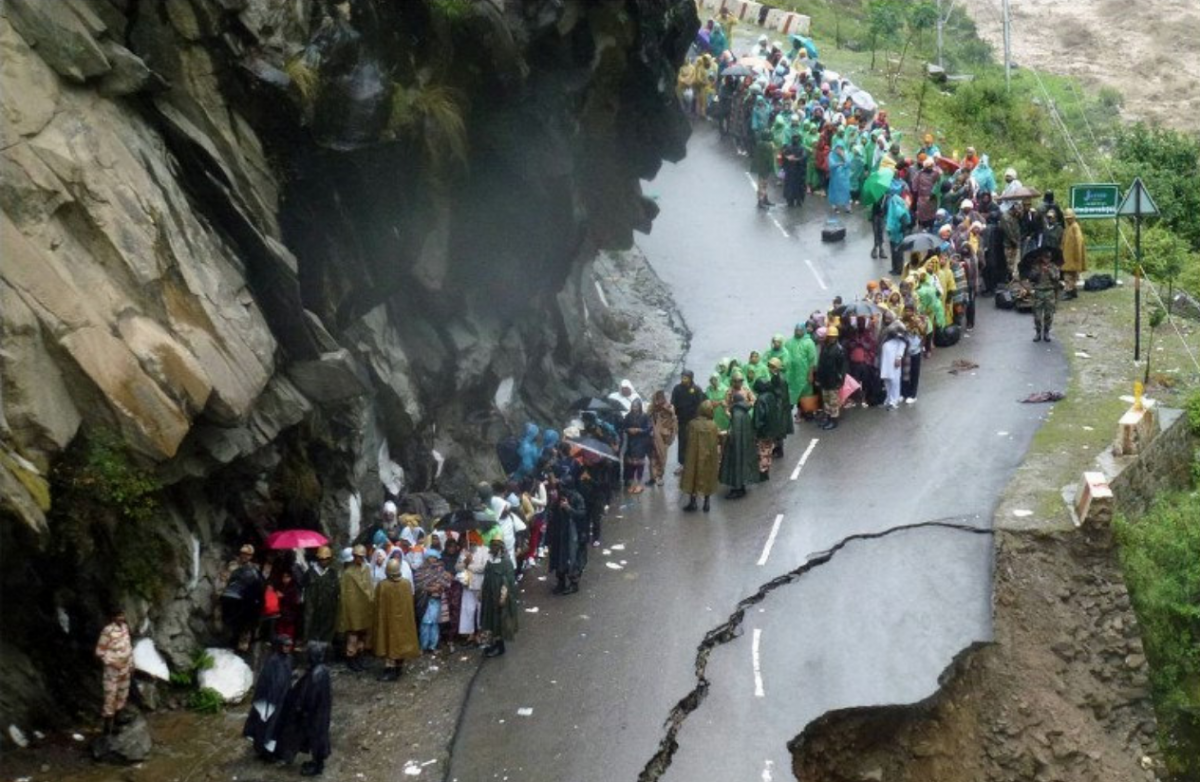 How Can You Treat Someone Who Doesn’t Accept They Are Ill?

Nedumbassery, the location of India’s first greenfield airport, was threatened by floods in August 2018 because its runway is lower than the highest flood elevation of the Periyar river, which flows nearby. The crisis had been avoided for so long thanks only to fortune. Now, it’s time to acknowledge that this is a serious lapse that will continue to haunt the airport, and that not much can be done to fix the problem easily. Flood protection embankments would only shift the problem to its neighbourhood.

Unusual climate manifestations are here to stay, and this is being seen around the world. Australia has been facing severe droughts in several parts. Japan has seen floods followed by high summer temperatures. Europe is scorched and forest fires mar the American landscape. When Africa witnessed severe famines and droughts in the 1990s, the world saw it as a curse limited to the African continent and continued with its high carbon emissions, unmindful of the warnings. Today, climate change is stark reality for the global billions, and scientists and activists alike have warned that it will continue to trouble humanity for a long time to come.

It’s hard to say if India is feeling the direct effects of climate change. However, there is an illustrative example: the floods in Kerala this year are similar to those that rocked Uttarakhand in 2013. These two states belong to two unconnected geographies, and have distinct land-use patterns and agro-climate. But what is common is the display of extreme hydrological events, devastation and destruction. India will have to deal with such violent extremes of nature in the form of flash floods, droughts, cyclones and other interrelated climatic excesses more often in different settings across the country.

Since climate change is a reality, we can’t postpone mitigation, adaptation and emergency management strategies any longer. Carbon emissions can’t be addressed easily because it involves the participation of all  industries, power plants, refineries and other carbon-emitting institutions. On the other hand, there are also several measures that can be adopted with greater ease.

All citizens and developmental programmes can participate in the creation of carbon sinks, which help absorb carbon dioxide out of the atmosphere and store it in the soil. Methods to do this include growing trees, shrubs and grasses to limit erosion, improving biomass and soil organic carbon, managing rainfall’s impact on the soil, moderating flood-flows, improving groundwater recharge and, of course, contributing to bettering the local microclimate.

Of course, as a result, the Uttarakhand and Kerala events may not have been completely avoidable but the adverse impact could have been minimised. This is because cascading events contribute to the severity of the situation more than the original events do. If there had been denser catchments, the rain’s impact could have been mitigated and the flood-flows moderated. Soil erosion, landslides and silt loads in the water could also have been halted.

What the two floods have also demonstrated is the absence of any data on absolute elevation values. This is a crucial datapoint that must be made available to prevent disasters. Knowing the elevation of river beds, flood banks, roads, buildings and bridges, a flood zonation of vulnerable areas could have been carried out to identify danger zones and then evacuate the people there.

There is an easy way to make this data available – by taking a leaf out of the book of the Indian Railways. All railway stations boldly display their respective elevation above mean sea level. Similarly, availability of elevation data should be made mandatory for all buildings at the gate, floor and roof levels. This way, both the owner and the administration will know the structure’s risk rank beforehand. Plus crowdsourcing can help ‘discover’ the absolute elevation of buildings that already exist.

Second, while dam storage levels and discharge rates are very much in the news, they are reported together with units that most people can barely understand, let alone analyse. Journalists and experts both should demystify them during communication, as well as communicate them alongside the level of risk they represent. There already exist digital methods that allow engineers to measure dam water levels and discharge rates continuously for every second, minute, hour and/or day. These values should be recorded and transferred to a server, wherefrom they feed into tested computer models that predict the time at which a flood might occur and the height of its water column and velocity. Combining this information with the absolute elevation data, people can further infer how much they and their properties are at risk and what protective measures can be taken.