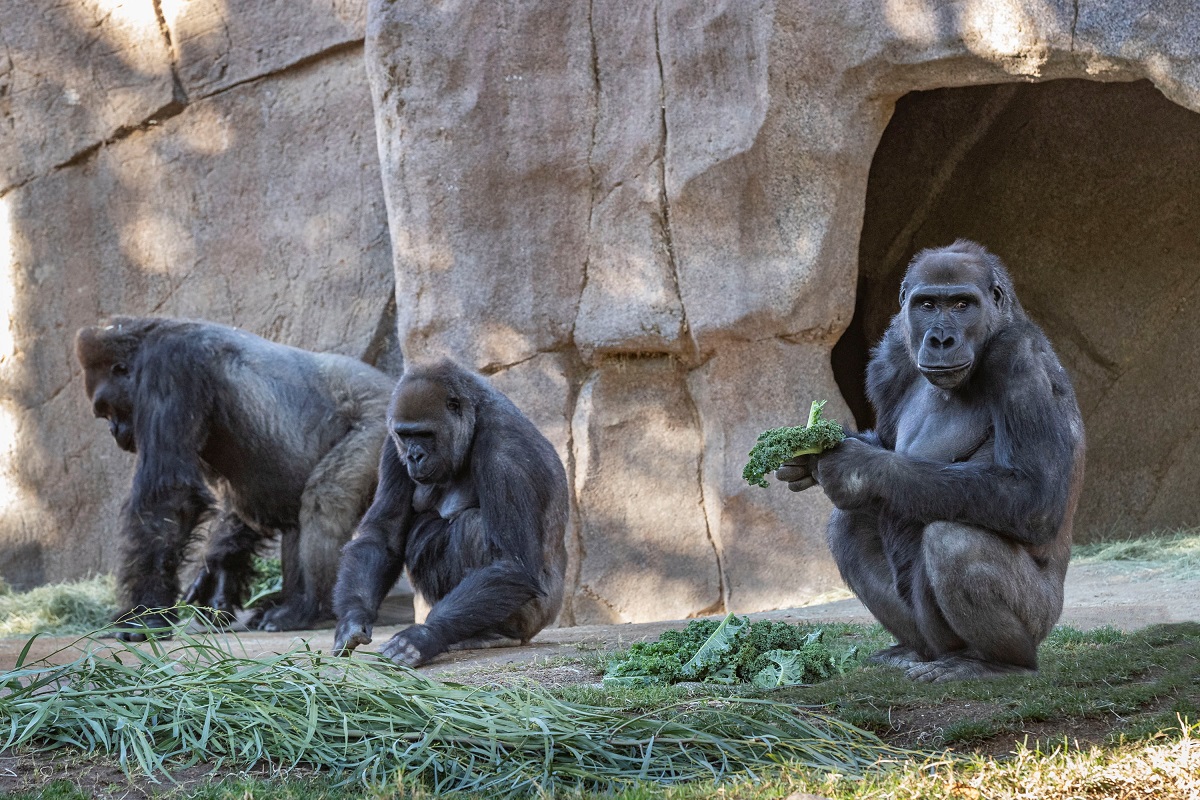 Despite Mounting Disputes, Govt Presses Ahead With Vaccine Roll Out

Los Angeles: As many as eight gorillas at the San Diego Zoo Safari Park are presumed to have contracted COVID-19 from a human handler after one of the animals tested positive, marking the first known transmission of the virus to apes, zoo officials said on Monday.

Three among the band of critically endangered western lowland gorillas at the sprawling wildlife park have shown symptoms of the respiratory virus, such as coughing, though none appears severely ill, and all are expected to fully recover, the zoo said in online statements.

The positive results were confirmed on Monday by the US Department of Agriculture (USDA) National Veterinary Services Laboratories, the zoo said on its website.

While the test was definitive for only a single animal, all eight gorillas are presumed by zoo officials to have been exposed to and possibly infected with SAR-CoV-2, the scientific name of the virus that causes COVID-19.

“Gorilla troops live together in both our zoological natural habitat and the wild, and we have to assume, as we do with human families, that all members of the family group have been exposed,” the zoo said in a fact sheet.

James added that human-style collection of mucus or saliva samples from individual gorillas is considered too risky for the apes.

The gorillas are believed to have contracted the virus from an asymptomatic staff member, despite adherence to strict bio-security protocols consistent with US Centres for Disease Control and Prevention guidelines, the zoo said.

Rigorous infection-control measures were in place there well before the pandemic because apes – as close biological cousins to humans – are especially susceptible to human-carried pathogens while lacking natural immunity to them, James said.

Zoo officials said they do not know how the coronavirus will ultimately affect gorillas or what additional symptoms may occur.

“Aside from some congestion and coughing, the gorillas are doing well,” Lisa Peterson, executive director of the San Diego Zoo Safari Park, said in the statement. “The troop remains quarantined together and are eating and drinking. We are hopeful for a full recovery.”

The gorilla troop at the 1,800-acre San Diego Safari Park consists of five females and three males, including an elder “silverback” named Winston about 45 years old, James said. At least eight other gorillas exhibited at the nearby San Diego Zoo were not affected. Both facilities have been closed to the public due to the pandemic since early December.

The coronavirus has also been found in a number of other wild-animal species in captivity, including several lions and tigers at the Bronx Zoo in New York and four lions at the Barcelona Zoo in Spain.

But the gorillas in San Diego are the first known case of infections confirmed in apes, James said. Gorillas are members of the family of primates known as the great apes, or hominids, that also include chimpanzees, orangutans, bonobos and humans.

The virus has also shown up in a number of household dogs and cats. Last month, the USDA said it had confirmed the first known case of the coronavirus in an animal in the wild, a mink, following an outbreak among farmed minks that killed 15,000 of the animals.