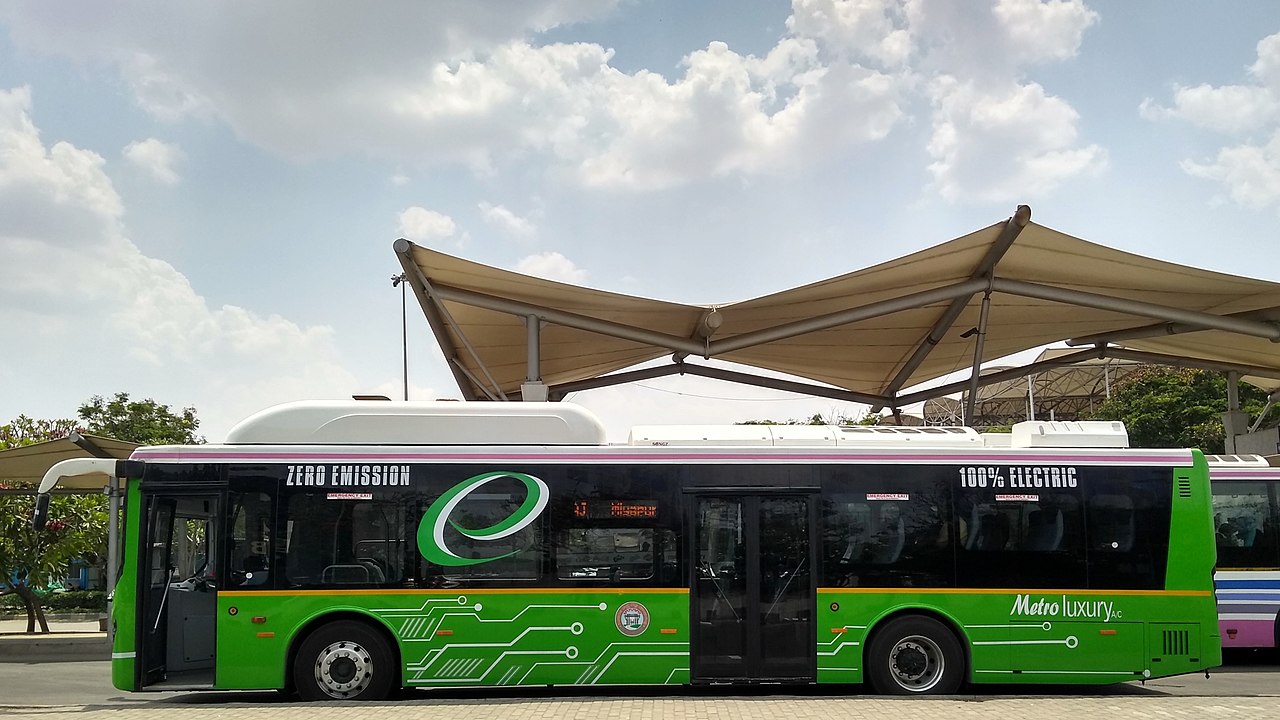 Climate Justice: India Is Disproportionately Endangered – as Are Some Indians

Featured image: Public use of electric vehicles is to be an integral part of the green cities plan. Photo: LoveofZ/Wikimedia Commons

The Indian government wants to develop a ‘green city’ in every state of the country, powered by renewable energy. The ‘green city’ will mainstream environment-friendly power through solar rooftop systems on all its houses, solar parks on the city’s outskirts, waste to energy plants and electric mobility enabled public transport systems.

India’s Ministry of New and Renewable Energy (MNRE) on December 3 unveiled a concept note stating that Prime Minister Narendra Modi desires one city in each state to be developed as a green city that will meet all its energy requirements from renewable sources of energy.

The ministry notes that the idea is in line with international trends in green energy. “Various countries have announced periods during which they will use only green energy. Many buildings and enterprises are declaring and moving towards net-zero emissions. The city will continue to be connected with the grid, and the renewable energy injected into the grid shall be equivalent to or more than the total consumption of electricity in the city,” said the concept note.

The idea is to have either the state’s capital city or a renowned tourist area for this programme.

Of the 100 GW of solar power that the Indian government aims to have by 2022, 40 GW is targeted through solar rooftop by 2022. However, the solar rooftop sector’s growth has been very poor with just over six GW installed capacity.

Under this proposal, the government’s objective is to install rooftop solar on most if not all rooftops in the green city.

For the green cities plan, the note looks at combining all the existing schemes of MNRE that promote the adoption of renewable energy. For instance, the MNRE’s waste to energy scheme is also proposed to be included.

“Waste to energy plants shall be set up to utilise the municipal solid waste for generating electricity under the scheme. Electricity from waste to energy also comes under the category of renewable energy,” said the note while adding that this will meet the objective of Clean India Mission as well.

However, Delhi-based environmentalist Bhavreen Kandhari said the WTE really is ‘waste to poison’.

“The WTE plants are expensive and counterproductive. The technology is thoroughly unsuitable given the composition of our waste and our climate. The government is a partner in this toxic business – so how can we expect regulatory agencies to be objective when reviewing the emissions of these plants?” Kandhari told Mongabay-India.

“Moreover, toxic emissions from these plants don’t only poison the lungs of local residents but these also travel thousands of kilometres across India. We are also seeing toxic waste ash is transported in open trucks through the city and dumped on landfills or just anywhere waiting for a big disaster to happen,” she said.

Kandhari emphasised that the WTE should be used just for the 13% of the waste that cannot be composted, upcycled or recycled, unlike the current state where the complete mixed waste is incinerated leading to toxic poisonous gases being emitted.

The note also discusses the possibility of switching all street lights to solar power and stresses on deploying electric buses.

“The green city will move towards green mobility by using electric vehicle(s) and electric buses. (The) government of India provides financial assistance for election mobility under the FAME II scheme. This will also be extended to solar cities,” the note said.

Ashvini Kumar, senior director of renewable energy technologies division at The Energy and Resources Institute (TERI), told Mongabay-India that creating a 100% solar-powered city in each state would definitely strengthen the market ecosystem of respective states.

“Success in one city is going to open up other cities, and therefore this policy has seeds to develop into a solar movement. We can look at the metro example, which has seen such a growth path spreading to many cities, taking Delhi’s example. There can be issues, but experience across several major cities of the world, including Surat and others in India, does provide the confidence that this can be done,” said Kumar, who is also the former managing director of the Solar Energy Corporation of India.

On the issues plaguing the rooftop solar sector resulting in slow growth, he said: “the first phase of establishing the ecosystem for solar at a scale is over, and now we can expect this experience to benefit smaller capacity solar plants including rooftop solar.”

“There are ample examples in the country (Gujarat, Karnataka) where rooftop solar has made a good headway, and I am sure it only has to accelerate now, as solar tariffs are continuously falling, and consumers have started demanding it,” Kumar asserted.

“As far as DISCOMs (distribution companies) are concerned they have progressively been seen to push for it as rooftop solar. This is because rooftop solar is much beneficial in terms of the lower cost of power, reduction in transmission and commercial losses, and reduction in the cost of upgrading infrastructure for meeting enhanced power loads,” Kumar emphasised.

Solar parks on outskirts to power these green cities

The concept note envisages that additional energy required for the cities shall be met by setting up solar power plants at one or more locations on the outskirts of the solar city.

“The land requirement is 3.5 acres per MW. The state government may earmark the land, and the central government will make assistance available under the solar park scheme for providing essential requirements for setting up the plant,” it said.

The MNRE’s note said the power costs of a city “shall come down drastically after it is converted into green city” and at the same time, “the net emission will come down to zero, and the carbon footprint shall also decline to very low levels.”

“The environment can be further improved by taking up large scale tree plantation and development of parks in the cities. The city will be advertised as a green city,” the note said.

Nithyanandam Yuvaraj Dinesh Babu, team leader at the Sustainable Partnership for Rooftop Solar Acceleration in Bharat (SUPRABHA), said “non-uniform and varying policy and regulations across the states is a major impediment.”

SUPRABHA is a programme led by the World Bank and State Bank of India and is implemented in partnership with the MNRE. It offers technical assistance to 17 states in establishing an enabling ecosystem for accelerated deployment of grid-connected rooftop solar.

“DISCOMs (Distribution companies) should evaluate all the aspects of rooftop solar in a comprehensive manner and then implement policies and approach ERCs (electricity regulatory commissions) with a specific action plan and seek approvals. If this can be sorted out, we can see a major shift in rooftop solar implementation,” Babu told Mongabay-India.

Babu, also the executive director, strategy and transactions with the Ernst and Young Services Private Limited, further emphasised that states like Gujarat, Rajasthan, Delhi, Bihar, and Chandigarh, and others have already shown demonstrable progress on the solar rooftop front.

“Though DISCOMs are facing constraints in providing timely approvals for interconnection and supply of net meters, they are striving hard to implement digital means to streamline interconnection approval processes by launching single-window portal and procurement of net meters. It is true that DISCOMs are hesitant to promote rooftop solar as it brings in a loss of revenues and takes away the lucrative high tariff lying consumers,” Babu said.

He, however, noted that many DISCOMs have understood that “if they do not take part in this rooftop solar movement now, they will be finding themselves lost very soon in planning for the realistic overall demand-supply scenarios in rooftop solar potential areas of coverage.”