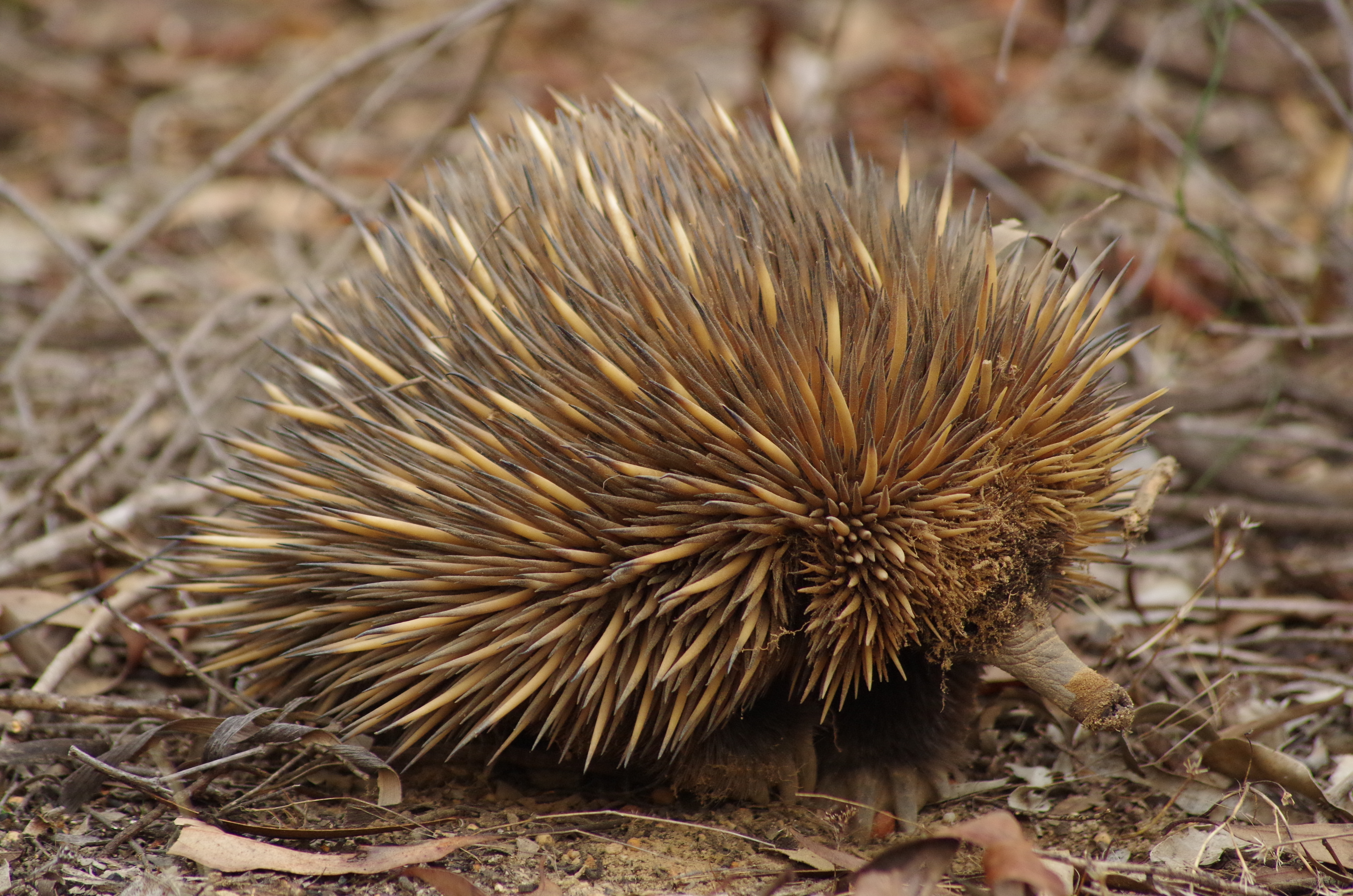 They survived the cataclysmic event that killed the dinosaurs. What nifty adaptations did these ancient mammals have? Australian scientists say it may be their ability to curl up and go into torpor.

About 66 million years ago, an enormous asteroid estimated to be 10 kilometres in diameter, slammed into Earth. The impact sent a cloud of dust into the atmosphere that blocked sunlight for several months. Burning fragments from the blast or an infrared wave would have set off fires around the world that lasted for a year or more. It killed not just the beleaguered dinosaurs but almost all terrestrial plants and animals. Life on Earth was never the same again – but a few mammals lived through it all. With the dinosaurs out of the way, they evolved and occupied the vacant ecological niches. Scientists call this calamitous event the Cretaceous–Paleogene (K–Pg) boundary.

Professor Barry Lovegrove and his colleagues at University of KwaZulu-Natal, South Africa, have proposed how early mammals could have survived. These animals may have hunkered down in subterranean burrows and gone into torpor, a state like hibernation.

Wildfires sweep across swathes of Australia every year recreating that ancient time. At least 43% of native mammals go into torpor. Since their metabolisms shrink, going to sleep saves them the trouble of filling their bellies.

Short-beaked echidnas are hedgehog-like animals that take time out. They rip into rotten logs, termite mounds and ant nests with their long claws. Their long sticky tongues pick up the agitated termites and ants. These long-lived creatures have colonised most of Australia, from deserts to rainforests. They are normally active during the day but when the heat of summer gets to them, they go into torpor, emerging only at nights. Intolerance of extreme temperatures is hardly the hallmark of a fire survivor. But the ability to hole up and shut down all systems is the key.

Australian biologists from the universities of New England and Western Australia and Curtin University studied how echidnas survived a wild inferno. Would that offer clues to how mammalian ancestors survived the aftermath of the asteroid impact? They implanted temperature-data loggers and glued radio transmitters on ten adults.

The Department of Parks and Wildlife conducts prescribed burns to reduce the severity and extent of wildfires. On April 21, 2015, it burned 227 hectares of Dryandra Woodland south-east of Perth. Five of the study’s echidnas lived in the burn area and five lived outside. Comparing the two groups allowed biologists to study behaviour and fluctuations in body temperature before, during and after the burn.

Smoke enveloped the area and bushes, logs, and trees were aflame. Timber smoked and smouldered for weeks. The fire destroyed eight of 14 logs that the echidnas used. Three tagged echidnas were in the burn area during the fire. One of them died when the log it was resting in caught fire. Two untagged echidnas shared the same fate.

Were these animals in such deep slumber that they couldn’t react to the fire in time? The researchers say the tagged echidna’s body temperature was just above 23ºC, not so low that it couldn’t move. In other studies, they woke up when they smelt smoke. Indeed, another one sharing the log with the tagged echidna woke up from torpor and escaped to a shelter about 160 metres away. “I really have no explanation why he did not flee, except that he ‘made the wrong call’,” Julia Nowack, the main author, told The Wire.

The fire survivors holed up during the day and restricted their activities even at night. Three went into torpor lasting as many as five days. With their metabolism running on low, the animals didn’t have to go out in search of food. The echidnas of the fire zone kept at this coping strategy not just for days but for at least three weeks after the fire. Unaffected echidnas, however, went about their normal routines.

Despite the scorched earth, none of the echidnas that lived in the burn area abandoned its territory. Not even the two animals whose territories burnt completely felt the need to move. Instead, the prickly creatures merely decamped to unburnt logs. One would think deep, noninflammable burrows would make a better choice.  In another study, echidnas retreated to caves and burrows for long bouts of hibernation. They ducked into logs only during the hottest time of the day.

“In contrast to my fire animals, the echidnas in my control [unburned] indeed preferred caves or burrows over logs,” says Nowack. “The use of logs in the fire area was simply due to the habitat. The area contained lots of massive logs, but not a lot of rock cavities or burrows.”

The researchers observed the animals resting outside of the burn area during the fire, but they moved back even though the areas were still burning. “The echidnas did not seem to avoid the burnt areas of their territory at all,” says Nowack, “and we found echidnas inside heavily burnt patches roaming around, their noses full of ash.”

The smell of burning wood and smoke may not be the triggers to send echidnas into hiding. The fire destroyed wood and leaf litter where they would normally find their prey. During a blaze, ants and termites retreat deep into subterranean chambers and out of reach of their predators. Torpor helps animals overcome the lack of food after a fire. When they emerge, they have to work hard, walking a greater area and looking harder. Although the echidnas in the burn area chilled out for up to five days, they are capable of lasting in this state of limbo for months.

Almost half the mammal extinctions worldwide over the past 200 years have occurred in Australia. Of these, more than 90% were animals that, like humans, maintained a constant body temperature. And creatures that went into torpor made up less than 7% of the departed species.

Fire isn’t the only natural disaster that mammals like echidnas sleep through. Sugar gliders switch off during cyclones. According to predictions, climate change will increase the frequency and intensity of natural disasters. The ability to sleep it off will stand these animals in good stead. If ancient mammals that survived the meteor strike were anything like these echidnas, they would have done the same: find a good deep burrow and go into deep sleep. At least some of them would have survived and repopulated Earth.

Nowack says, “Even though our study can obviously not prove that torpor use facilitated mammal survival after the meteoroid impact at the K-Pg boundary, seeing the response of echidnas to the fire makes me strongly believe that torpor would have played an important role for survival.” Her and colleagues’ paper was published in the journal The Proceedings of the Royal Society B on April 13, 2016.