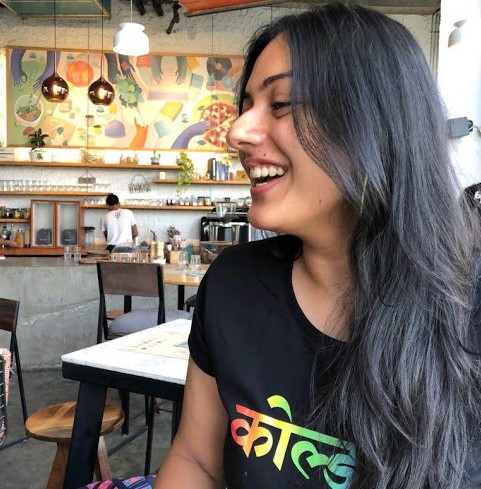 The summit of Nanda Devi and the surrounding glaciers. Photo: Paul Hamilton/Wikimedia Commons, CC BY SA 2.0.

New Delhi: Amid speculation about the cause of the Risha Ganga flood in Chamoli district on February 7, a study by scientists at the Indian Institute of Science (IISc), Bengaluru, points to the role of subglacial lakes. The Uttarakhand government had at first said the flood was the result of a glacial outburst. But independent experts still didn’t know if a lake had breached or a glacier had disintegrated.

Satellite images identified the avalanche to be the trigger, and scientists at the Wadia Institute of Himalayan Geology, Dehradun, collected evidence indicating that a large avalanche could have begun at 5,600 metres first. Anil Kulkarni, a visiting scientist at the Divecha Centre for Climate Change, IISc, and his colleagues used modelling studies to further probe the cause of the avalanche. They proposed that when the avalanche came crashing down the mountainside, the impact could have breached subglacial lakes.

Subglacial lakes commonly develop and create channels below glaciers. Water can flow through these channels in enough quantities as to inundate a valley – even if the glacier doesn’t break.

The team analysed the bedrock below the northern Nanda Devi glacier, and found a depression upstream of the glacier’s end. They also found that a lower zone of the glacier that had melted to form a lake could also have been receiving a significant amount of water from a tributary glacier.

Kulkarni and his team found that once the depression filled with water, it could apply pressure on the lower zone and forcibly release water out of it. This underground lake could have held 4.5 million cubic metres of water, causing a deluge of the scale that the world witnessed on February 7.

As the cause of the avalanche itself remains unclear, experts continue to track details of the event for more information. Images at the site of the landslide have revealed a 550-m-wide ‘scar’ at the shoulder of the Ghanti peak. Captured by European Union’s Copernicus Sentinel-2 satellite, the scar is what remains of a glacier after chunks of ice and rock break off a wall of ice in a landslide.

Sotiris Valkaniotis, a consultant geologist in Greece, has been studying the images and digital elevation models of the Rishi Ganga avalanche. “It looks like a large rock mass was detached in the scarp site,” he told The Wire Science. “This large mass of rock then slid along a steep slope. This involved a huge amount of energy that swept water and debris downstream along the river for kilometres.”

“So we can say there are two phases involved: first, the rock slide along the scar, and second, the debris flow along the river bed that was initiated by the rock slide.”

According to Valkaniotis, experts had observed a similar mechanism at work in a recent debris flow along the Elliot Creek in Canada. “The Nanda Ghunti scar was created by the rock slide and it’s most probably what initiated the whole sequence of events,” he added. “My colleagues are exploring this possibility in greater detail.” he describes.