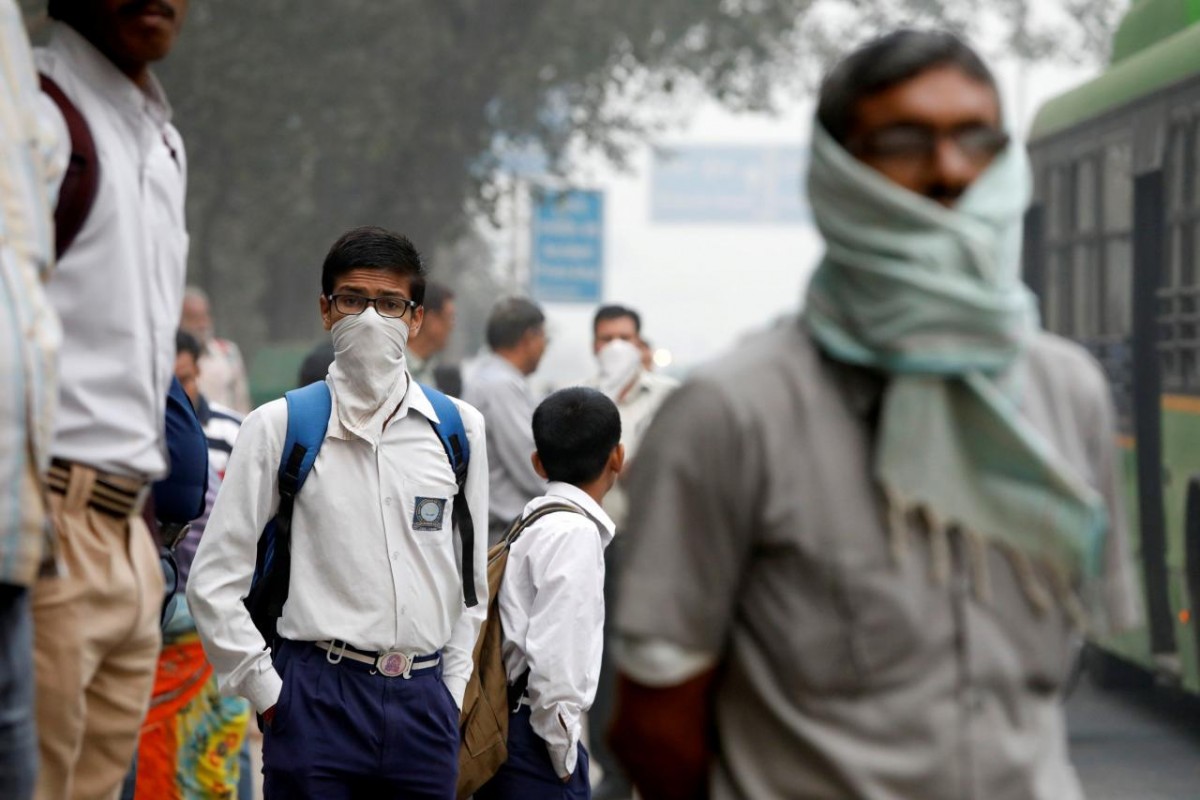 For Next Project, Oil India Plans to Drill Closer to Dibru-Saikhowa National Park

In a new report, the Washington, DC-based air-quality think tank Open AQ notes that “more data underpins all actions on air pollution”. The report, entitled ‘Open Air Quality Data: The Global State of Play‘, makes its case by arguing that 51% of countries, representing 1.4 billion people, don’t generate any air-quality data. And of those that do, only 38% share data in real-time.

The fundamental argument the report’s authors make is that more data is better, and that data should be government-generated and transparent.

While it’s easy to agree, in principle, with the egalitarian ideals of data democratisation and transparency, the report falters when it argues for more investment in regulatory data generation and the government ownership of data. Specifically, it ignores the political issues underlying the air pollution crisis.

In the near-constant experience of communities exposed to extreme levels of air pollution, the mere availability of data is no guarantee of positive change. Interestingly, the Open AQ report doesn’t include the US in its analysis presumably, because the US Environmental Protection Agency operates a network of 4,000 monitors and regularly shares the data. But contrary to the report’s central argument, this ‘hyper-monitoring’ hasn’t prevented the US’s air quality from deteriorating in, and since, 2017. In 2018 alone, for example, researchers were able to link the declining air quality to nearly 10,000 additional deaths in the US relative to the 2016 benchmark.

In order to effectively address the air pollution crisis, it is important to first understand the political economy of the crisis – i.e., acknowledging the nexus of air pollution, politics and the economy. Communities living in India’s economic ‘sacrifice zones’, like the coal belts of Jharkhand and Chhattisgarh or the industrial corridors of Vapi, Cuddalore and Patancheru, will attest to the fact that even ample data will not save the day for them or their children. The residents of Korba, Singrauli or Dhanbad will continue to suffer as long as coal remains the backbone of the Indian economy.

Perversely, the ownership and control of data by government agencies has been more of a bane for communities striving for cleaner environments. India’s foremost government research agency, the National Environmental Engineering and Research Institute (NEERI), which is the go-to agency to investigate matters of environmental pollution, has been mired in several controversies over its data generation practices. In 2011, NEERI came under severe criticism for linking Delhi’s air pollution to domestic LPG. Subsequently, NEERI was also accused of misrepresenting data in the controversial Thoothukudi copper smelter case.

India’s premiere pollution watchdog agency, the Central Pollution Control Board (CPCB), has also been exposed to  similar accusations. In 2019, the National Green Tribunal sought a response from the CPCB after a petition alleged that CPCB had fudged pollution data. Accusations of data misrepresentation have been levelled against state pollution control agencies as well. For example, in April 2017, the Maharashtra Pollution Control Board was accused of presenting false data to shield the Koradi thermal power plant near Nagpur from regulatory action.

The centralised control also tempts regulatory agencies to engage in the selective elimination of data, often in response to political compulsions. On the 69th Republic Day celebrations in New Delhi, the Delhi Pollution Control Committee shut down most of its monitors to evade negative press on the city’s air pollution crisis, especially in the presence of 10 ASEAN state leaders.

In February 2019, the citizens of Whitefield, Bengaluru, won a landmark case against a polluting graphite factory in their neighbourhood. After paying a fine of Rs 50 lakh in 2018, the factory was subsequently shut down in 2019 on directions from the National Green Tribunal. At the centre of this case was the exhaustive air quality data generated by the residents of Whitefield – a feat that the region’s foremost regulatory agency, the Karnataka State Pollution Control Board, had failed to achieve in over two decades.

Similarly, in March 2020, the tribunal slapped a fine of Rs 160 crore on the Jindal Steel and Power Ltd., in Raigharh, Chhattisgarh, for polluting the air. In addition to acknowledging the severity based on a citizens’ report, the tribunal directed the Chhattisgarh Environment Conservation Board to install 12 continuous air-quality monitoring stations in the region. Note that neither the board nor the CPCB operated a single air quality monitoring station in the region despite the significant pollution.

The examples above demonstrate that central ownership of data can’t pave the way to data democratisation. In that, Open AQ’s case for data transparency seems logical in an ideal world where governments do what they ought to do. However, the Indian experience demonstrates that data has the potential to be weaponised and that science is often pressed into the service of political agenda.

The purpose here is not to trivialise the importance of regulatory monitoring in making informed decisions around mitigation strategies. However, a more utilitarian ambition would be to democratise data by investing more in community- and citizen-owned monitoring networks. Such a system would automatically aspire to greater transparency and will have built-in checks and balances against misuse.

Dharmesh Shah is a public policy researcher interested in issues of waste, air pollution and health. He is a policy advisor to the Global Alliance for Incinerator Alternatives and a member of the Household Waste Partnership established under the UN Basel Convention. The opinions expressed in this article are those of the author.