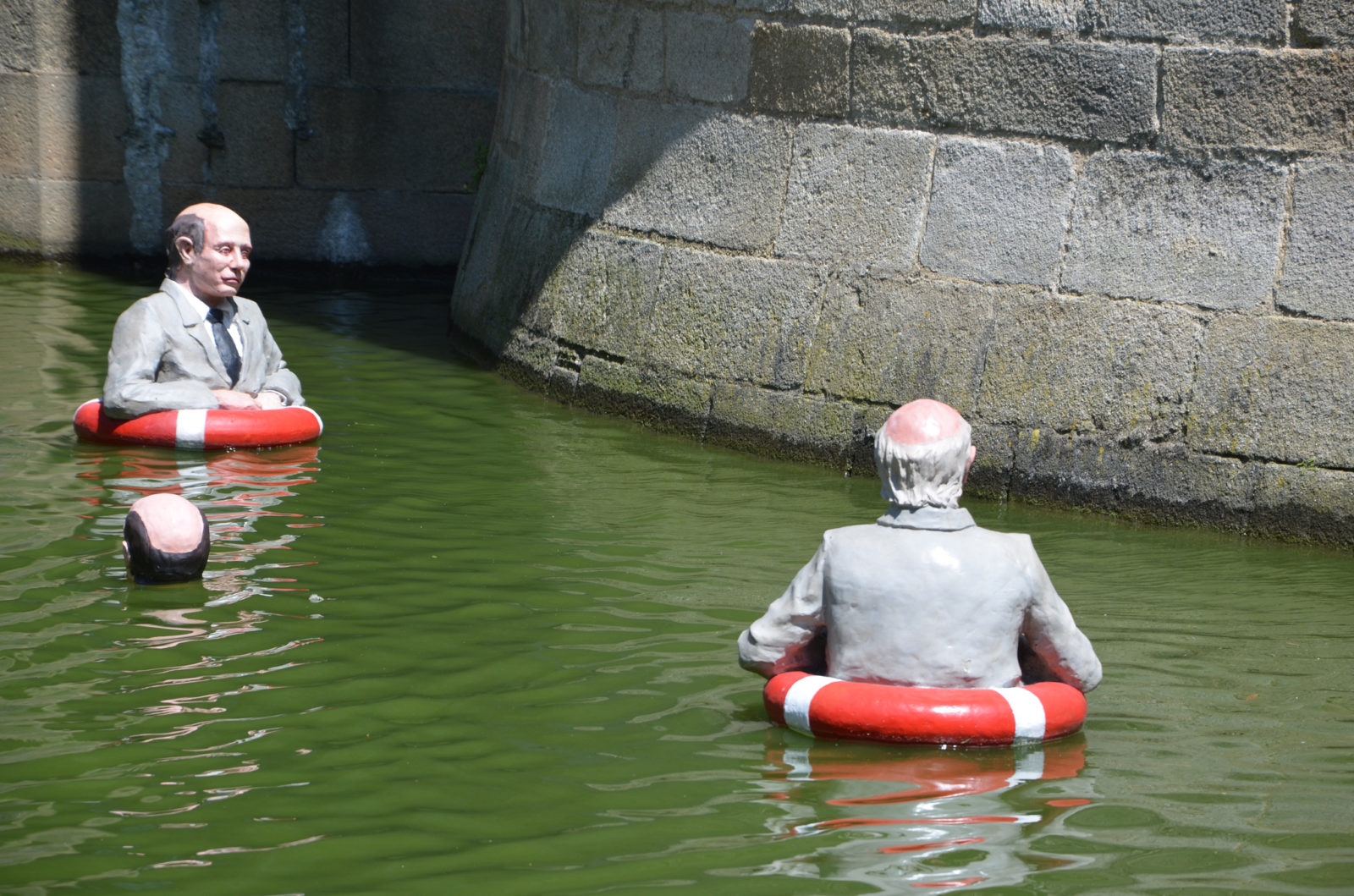 For Fourth Year in a Row, New Delhi Is Capital City With Worst Air

An art exhibit by sculptor Isaac Cordal in Nantes, France, in 2013 shows people with floats going about business after global sea levels have risen due to climate change. Photo: objectifnantes/Flickr, CC BY 2.0

Climate change is deeply manifest in India’s seasonal climate variability – from the harsher winters to more cyclones in pre- and post-monsoons, and a weird monsoon which is often unrecognisable in most years.

India’s plans under its ‘nationally determined contributions’ under the Paris Agreement garner kudos around the world. Investments at home have also led to tremendous progress in improved weather and climate predictions. Efforts to translate those predictions into early warning systems are yielding results in terms of reduced loss of life and property during disasters.

But much remains to be accomplished in terms of early-warning systems, which is the most critical climate adaptation tool for India. The so-called ‘subseasonal-to-seasonal prediction’ project under the World Climate Research Program, of which India is a partner, provides an excellent framework called ‘Ready, Set, Go’ to manage climate hazards. Seasonal predictions are to be used to ready systems like agriculture, disaster management, public health, energy and transportation.

While bits and pieces of such systems are getting into place in various levels of research and implementation, the biggest missing piece is not the political agenda. It is the continued and relentless focus in the research establishment on publications as an end in itself.

Centers of excellence are funded across many institutions for renewable energy, carbon capture and sequestration, transportation, battery technologies, etc. But the actual climate adaptation problem, which seeks transformational climate action, is seriously lacking in the immediate and integrated approach that scientists themselves need to take to help India.

None of the climate challenges India is facing can be solved by individual scientists and their individual labs. Sustained team-building is the real need of the hour, where scientists actually get out of their labs and even their institutions to develop the end-to-end solutions required.

The crisis begins from the need to improve the short (~1 day), medium (~3-10 days) and extended (~2-4 weeks) range forecasts, and climate projections. Does India really need projections out to the year 2100? What are the more socially relevant timescales for India? It is at best out to 2030 or 2040. This time horizon will serve India’s needs and the science behind it needs to be solved here, indigenously.

Expertise to address these issues are strewn across different institutions in India – but nary an effort exists to build teams to bring about transformational climate solutions. Especially in terms of using novel approaches in AI to bring the forecasts to farm-scales to manage agricultural sector and city-scales to manage urban flooding and health issues, and the scales needed to plan for solar and wind energy intermittency issues.

The other component of building end-to-end early warning systems for food, water, energy and health is to build teams across natural and social sciences to ensure that the systems are actually usable and used at street level, where a woman can protect her family during a cyclone, a farmer can mitigate the damage to her crops, a health worker can manage an outbreak of water-borne diseases, a mayor can plan options during a devastating flood, and so on.

India’s investments in climate science should not be wasted on more publications reporting negligible advances.