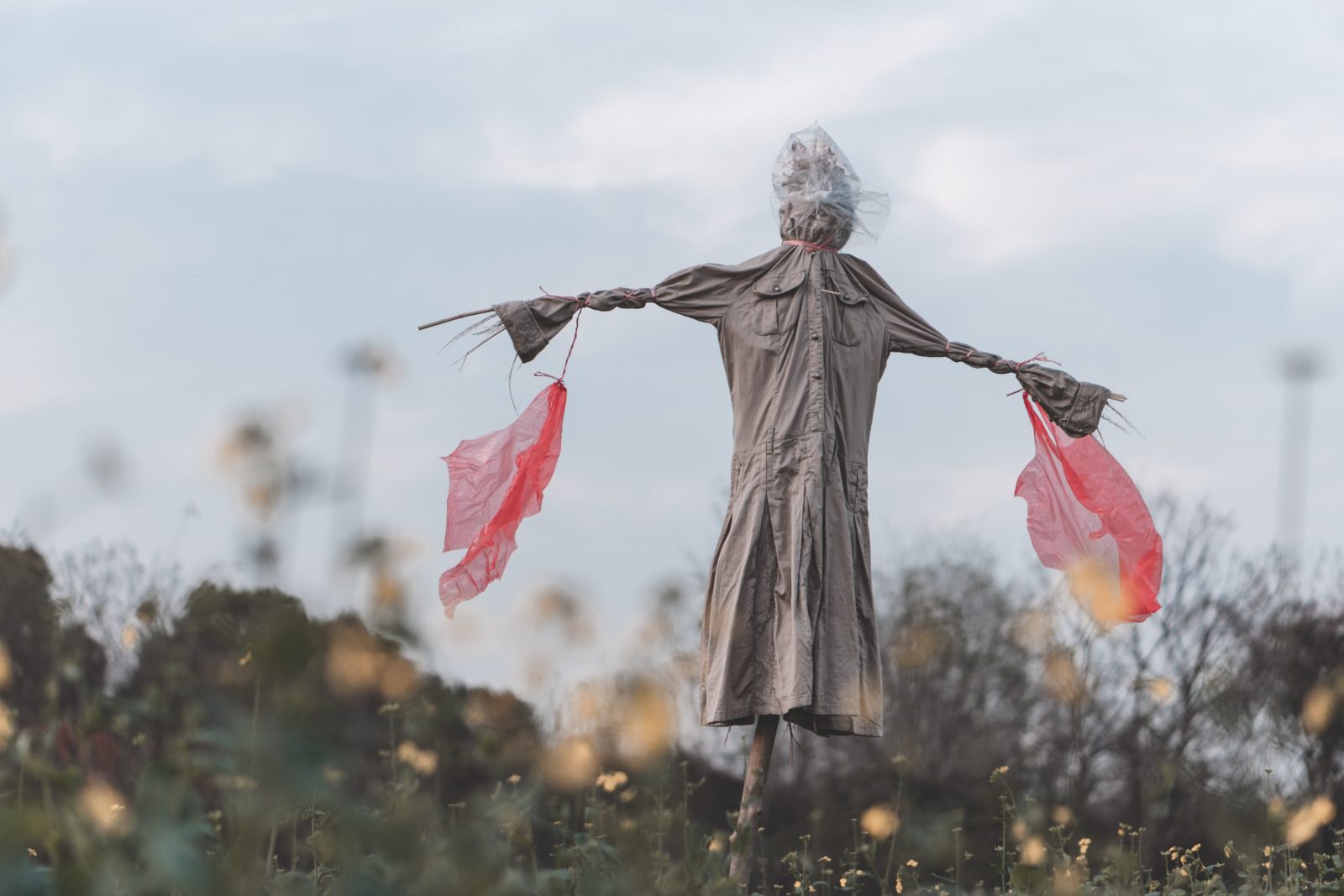 As Countries Curb Vaccine Exports, What Happens To Those Depending on Others?

The draft Plastic Waste Management (Amendment) Rules 2021, which the Union environment ministry announced on March 11, has proposed a blanket ban on a list of plastic items, among other changes. 1 The draft notification is in keeping with India’s announcement at the UN Environment Assembly in 2019, where it piloted a resolution for a global phase-out of single-use plastics by 2025. While the resolution failed to muster enough support, especially in the face of tough opposition from the US, India made a political decision to move ahead with the implementation.

Bans have been an integral part of the Indian policymaking landscape. The Sikkim government passed the country’s first plastic-bag ban in 1998. Plastic bags have since been the poster-children of governments keen to showcase proactive environmental action. In the last decade, 22 states and union territories have imposed complete or partial bans on plastic carry bags.

India’s ban culture can’t be seen in isolation, and warrants scrutiny from a historical perspective.

Lessons from the past

Indian plastic waste management policymaking has historically been a tug of war between the government and industry. Laws targeting plastics have been popular political tools but have been a bane for industry, which hasn’t shied away from expressing its displeasure every time new laws turn up.

The country got its first plastic-waste management law in September 1999. Its aim was to restrict the use of plastic carry bags (thickness 20 µm or less) and prevent food from being packaged in recycled plastic. The government amended these rules in 2003 to dilute the restriction on carry bags but mandating registration of manufacturing units with regional pollution control authorities.

Recognising the mounting plastic crisis, the Plastic Waste (Management and Handling Rules) 2011 were eventually notified. For the first time, there was a national law proposing a ban on the use of plastic materials in sachets to store, pack or sell gutkha, tobacco and pan masala.

But like its predecessor, the 2011 notification remained a paper tiger.

The Swachh Bharat Abhiyan laid the foundation for the next iteration of the plastic rules. In March 2016, the Union environment ministry announced the Plastic Waste Management (PWM) Rules, which became the benchmark for policymakers in the ‘global south’. Of the many progressive propositions, like ‘polluter pays’ and ‘extended producer responsibility’, the rules also advanced a controversial two-year plan to phase-out all multi-layered plastics used in packaging. The clause was diluted in 2018, however, with an amendment that rendered it toothless.

Ironically, in 2017, the nodal national pollution regulatory body, the Central Pollution Control Board (CPCB), approached the National Green Tribunal (original application no. 247/2017, CPCB v. Andaman & Nicobar and others) to seek its intervention on the poor implementation of the PWM Rules 2016. In its submission to the tribunal on March 12, 2019, the CPCB said the following:

“States are not furnishing information and not taking steps to take preventive and regulatory measures envisaged under the PWM Rules. Though a ban was imposed on the use of plastic carry bags etc. in many states, the same was not enforced. Burning of plastic waste was continuing, apart from littering of plastic waste on railway tracks, bus stations, etc.”

All this begs the question: have bans really worked in India?

From the public-policy point of view, a ban is lazy policymaking. It gives the citizens an illusion of good governance but in reality it is just a red herring. This is not to say that bans don’t work at all: the bans on guns and drugs in India has worked fairly well. However, you can still get your hands on either if you’re determined.

The simple reason plastic bans don’t work is that they are not backed by the same regulatory seriousness. Once the government announces a ban, it is the responsibility of feebly empowered agencies like the CPCB and state pollution control boards to enforce it. These agencies are already fighting a losing battle, failing at their job to protect the environment thanks to multiple challenges.

Monitoring bans are often the last items on their agenda – given the checklist of everyday tasks the officers at these offices need to accomplish. State like Tamil Nadu, Maharashtra and Delhi that have had plastic bans in place for several years, and only make our case. A recent study conducted across eight state pollution control boards by the Centre for Chronic Disease Control, a nonprofit organisation in Delhi, found staff shortage, high workloads, poor understanding of pollution’s health impacts of pollution, poor coordination with related agencies and low motivation and accountability among the staff.

Also read: Can Scientists Do Away With Single-Use Plastics From Labs in India?

Humanity’s plastic crisis is pretty much an overflowing bathtub, and we need to turn the tap off before initiating any other action, like mopping the floor or pulling the drain stopper. But we have been doing things the opposite way. Our approach is counterintuitive.

The global plastic market size is expected to be worth $579.19 billion by 2027 (up from $450 billion in 2019). According to one report published in 2016, the Indian packaging industry alone is worth $32 billion (Rs 2.32 lakh crore) and is expected to climb to $73 billion in the next four years. In addition, the Government of India has approved proposals for 10 ‘plastic parks’ in the country; work on six, in Assam, Madhya Pradesh, Tamil Nadu, Odisha and Jharkhand, has begun.

The road to resolving India’s plastic woes can’t be riddled with so many inconsistencies. The new amendment is bound to meet a similar fate as its predecessors under the current policy implementation landscape. When it comes to environmental governance, what India lacks is intent, not laws. And there is enough empirical evidence to suggest that laws will remain paper tigers until backed by political will and the resources to match intent.

If not, watch this space for a critique of the Plastic Waste Management (Amendment) Rules 2025!

The applicability of rules has been extended to brand-owners and plastic waste processors (including recyclers, co-processors, etc.). In addition, new definitions for the terms ‘non-woven plastic bag’, ‘plastic waste processing’, ‘single use plastic’, ‘thermoset’ and ‘thermoplastic’ have been introduced.

The amendment also proposes a ban on the following items:

* Manufacturing of carry bags below 120 µm thickness (effective from September 30, 2021)

The Wire Science@TheWireScience
4 Following 27.5K Followers
The use of machine learning tools can be a time-and-cost-effective way to enhance the IUCN Red List and help overco… https://t.co/54zj4fh004
22 hours ago
A new study shows that the Arctic has warmed nearly four times faster than the rest of the world over the past 43 y… https://t.co/TBkbSlNfM0
1 day ago
3
Currently, our governments are beholden to corporate interests, which has led to the unmitigated proliferation of s… https://t.co/Yvmxmzzxoe
1 day ago
3
If you had COVID-19 due to an infection by the 'original' strain, your immune system wouldn't learn anything new fr… https://t.co/7quf4x4Bui
1 day ago
1 6
Every country deserves an equal opportunity to develop, but it is also a universal human right to breathe clean air. https://t.co/bc0e1kcxCG
1 day ago
Scientific evidence in the form of studies and expert opinion plays a crucial role in proving illegal fires have oc… https://t.co/QG0R6h39IZ
2 days ago
2 3
While species like pandas and tigers are well studied, researchers don't know enough about some species – called "d… https://t.co/LtVJYlACYR
2 days ago
1
New research found that it might not be an active viral infection causing long COVID-19 and similar conditions, but… https://t.co/dnggRU7irk
2 days ago
2
Close contact that transmits the monkeypox virus involves encounters that are typically more intimate or involved t… https://t.co/9T75QuSlDz
2 days ago
3
More than half of species that have so far evaded any official conservation assessment are threatened with extincti… https://t.co/QHKC8RXbsN
2 days ago
1
Recent breakthroughs in the neurodiversity movement triggered a call for autism research to focus on empowering aut… https://t.co/ijLllqfBAP
3 days ago
2 3
STIs are spread primarily through sexual contact, while monkeypox can spread through any form of prolonged, close c… https://t.co/wJPo6rwnzW
3 days ago
1
It's like trying to catch smoke. Forest-fire haze drifting from Indonesia to neighbouring countries every dry seaso… https://t.co/IYeCrqRe18
3 days ago
2
Like COVID-19, the lumpy skin disease is caused by a virus. The lumpy skin disease virus, as it is called, belongs… https://t.co/r7fLwk6H5a
3 days ago
1 1
Companies – mostly oil-palm producers – have used fire as a tool to clear forests and peatland areas for agricultur… https://t.co/Qhckblm8fa
3 days ago
5 9
Contact us