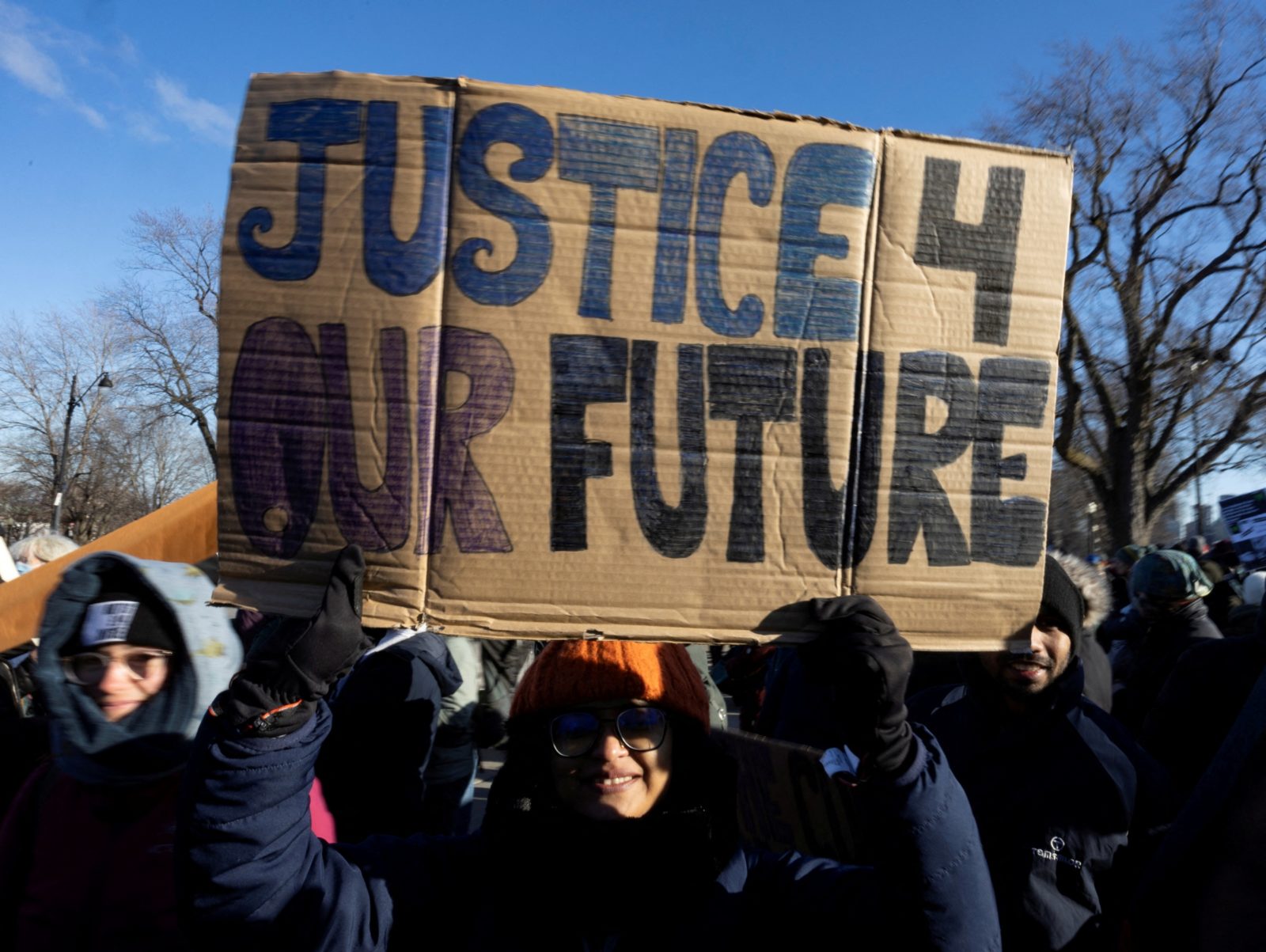 Kochi: On December 19 at Montreal in Canada, the 15th Conference of Parties to the Convention on Biological Diversity (COP15) came to a close. The Conference witnessed the adoption of the landmark Kunming-Montreal Global Biodiversity Framework, which aims to tackle biodiversity loss, restore ecosystems and protect indigenous rights till 2030. The framework is critical as it will replace the Aichi Biodiversity Targets that guided such action from 2010 till 2020.

At the COP, India called for the Framework to be based on equity, by factoring in the historical greenhouse gas emissions of developed countries. India negotiated for a separate fund for developing countries to implement the Framework and allied action, as well as the need to focus conservation and climate change mitigation measures on ecosystem-based approaches.

However, India has much work to do to be able to walk the talk and implement the Global Biodiversity Framework in its entirety. These include developing better legal mechanisms to ensure the sustainable utilisation of biological resources, said experts. Moreover, the Framework is not legally binding; so if the clauses in the deal do not match national regulations, accountability will be a challenge, they added.

COP15, held at Montreal in Canada between December 7 and 19, witnessed world leaders and representatives of 188 countries discussing and coming to an agreement on several crucial aspects of biodiversity conservation including sustainable resource use. They listed 23 targets to achieve by 2030 — from halving food waste to phasing out or reforming subsidies that harm biodiversity by at least $500 billion per year, and reducing the rates of introduction and establishment of alien invasive species by at least 50%.

One main target is that nations protect and restore 30% of the world’s land and seas globally by 2030, while also respecting the rights of indigenous peoples who depend on and steward much of Earth’s remaining biodiversity. Currently, only 17% of land and around 8% of marine areas are under protection worldwide.

Another is to reduce the extinction rate of species by 10-fold by 2050.

Together, they make up the Kunming-Montreal Global Biodiversity Framework (GBF). The GBF will replace the Aichi Biodiversity Targets that member countries agreed to in Nagoya, Japan, in 2010. These included addressing 20 specific issues concerning biodiversity and its conservation, such as reducing pollution and preventing and controlling the spread of invasive species, that countries were to have met by 2020.

However, though some progress was made, the Aichi targets were a colossal failure: a UN report found in September 2020 that the world hadn’t met even one of the targets during this time. One of the several reasons has been that the progress on many of the targets has been hard to quantify and measure. The brand new GBF that replaces the Aichi targets has more quantifiable measures incorporated into it to ensure that this does not happen again. Another reason that countries did not meet the Aichi targets was that they did not update their progress — mostly, the lack of it — with the CBD.

Experts hope that the newly framed GBF will address all these shortcomings of the Aichi targets and help conserve nature and arrest biodiversity loss.

“For far too long humanity has paved over, fragmented, over-extracted and destroyed the natural world on which we all depend,” said Inger Andersen, executive director of the UN Environment Programme, on the adoption of the Kunming-Montreal GBF. “Now is our chance to shore up and strengthen the web of life, so it can carry the full weight of generations to come. Actions that we take for nature are actions to reduce poverty; they are actions to achieve the sustainable development goals; they are actions to improve human health.”

As at COP27, India stood firm on the need for the GBF to be based on equity that factors in the historical greenhouse gas emissions of developed countries.

“The Global Biodiversity Framework must be framed in the light of science and equity, and the sovereign right of nations over their resources, as provided for in the Convention on Biodiversity,” said India’s environment minister Bhupender Yadav while delivering India’s national statement at COP15 on December 16. “If climate is profoundly linked to biodiversity, then the principle of equity and common but differentiated responsibilities and respective capabilities must equally apply to biodiversity.”

Currently, the only source of funding is the Global Environment Facility that caters to multiple Conventions, said Yadav. India, therefore, called for a new, dedicated fund for developing countries to implement the GBF. Finance has been a contentious issue at COP15, but this has made it into the GBF: as per the deal, developed countries will provide $25 billion in annual funding starting from 2025 and $30 billion per year by 2030. Separately, countries also have to allocate $200 billion per year for biodiversity initiatives from both public and private sectors.

Agriculture is the main cause of biodiversity loss — a fact that several reports such as this one by the UN have identified. However, for developing countries that need to invest in agriculture to feed its people and raise them out of poverty, this is a complex issue. Agriculture is “the source of life, livelihoods and culture for hundreds of millions” and support to vulnerable sections — such as farmers — “cannot be called subsidies and targeted for elimination, while they may be rationalised”, India maintained. Yadav also said at the COP that a “numerical global target for pesticide reduction is unnecessary” and “must be left to countries to decide”. Incidentally, a recent report by the Pesticide Action Network India found that there is unauthorised and unsafe use of chlorpyrifos and other hazardous pesticides in the country, and poor regulation of hazardous agrochemicals.

At the Stock Taking Plenary at COP15, Yadav further reiterated India’s stand on this:

“For the developing nations, agriculture is a paramount economic driver for rural communities, and the critical support provided to these sectors cannot be redirected. When food security is of paramount importance for developing countries, prescribing numerical targets in pesticide reductions is unnecessary and must be left to countries to decide, based on national circumstances, priorities and capabilities.”

India can’t afford to continue to use pesticides at 2,55,000 tonnes per annum, where each 0.5 mg can kill many kinds of life, said public policy expert Narasimha Reddy Donthi who works on issues relating to the environment, farming and development. More than 90% goes to environment, than kill pests/ insects/ herbs/ weeds, he said. “Government has to reduce [pesticide use].”

That India’s environment minister agreed in his statement for pesticide reduction targets, but that they should be decided nationally, is the “right” thing to do, said Reddy.

At COP15, India also highlighted the need to focus biodiversity conservation and mitigation measures on ecosystem-based approaches and not nature-based solutions. While the former takes into account the several complexities of ecosystems and revolves around actions to safeguard entire ecosystems, nature-based solutions are more limited when it comes to biodiversity conservation measures for they try to incorporate actions that address other issues as well, such as climate change and food security. India also “fully supports and endorses” the GBF’s acknowledgement of the role of indigenous peoples and local communities in biodiversity conservation, sustainable resource use and the importance of ensuring peoples’ rights towards this, Yadav said.

India’s position at COP15 resonates with its stand in other global forums where the government has put the onus on the developed countries to invest in conservation and mitigation projects, said Kanchi Kohli, a researcher at the Delhi-based Centre for Policy Research.

“As a developing country, India has accepted that principally biodiversity crisis needs to be addressed and that it needs to be done while upholding the rights of indigenous and local communities,” she said. But this needs to be read with the history of how global agreements and protocols have translated into national-level enforcement, she added.

The Nagoya Protocol — which pertains to the fair and equitable sharing of benefits from the utilisation of genetic resources and was adopted in 2010 — had emphasised the need for free prior informed consent while regulating access to bioresources and devising benefit-sharing mechanisms. “However, India’s legal framework continues to be limited to “consultations” with biodiversity management communities,” she noted. Biodiversity management committees are local bodies at the level of villages and panchayats that are entrusted with inventorying biodiversity richness and traditional knowledge and need to be approached before the resources in their areas are used for commercial purposes.

With regard to India, we also need to recognise the underlying tensions between economic policy goals that impact biodiversity-rich areas and community-based livelihoods with the principle commitments accepted as part of the GBF.

“With no clear targets on pollution reduction or loss of biodiversity-rich areas/species, it is unclear what will be the accountability standards in case national regulations are not reconciled with the framework goals,” Kohli told The Wire Science.