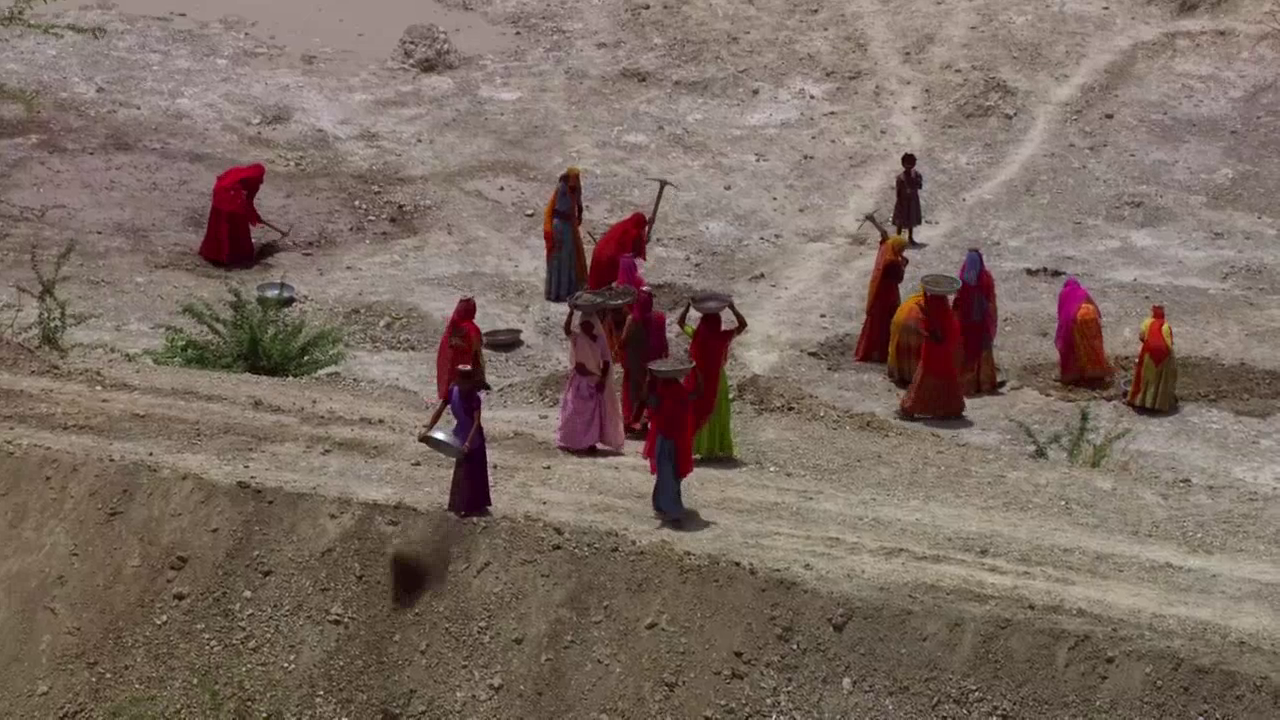 Sixteen years on, the scheme seems to have raked in additional perks. Activities undertaken as part of the scheme have benefited the environment in several ways, including improving soil quality and contributing to carbon sequestration, a new study has shown. Examples from across India suggest that the scheme could have enormous potential in restoring degraded landscapes as well, according to researchers.

However, others have said that it is often difficult to quantify the environmental impact of a MGNREGS activity unless you look at it holistically. While some activities may appear to benefit the environment at first glance, they could be causing unexpected detrimental impacts in the longer term.

Launched in 2005, MGNREGS guarantees a 100 days of unskilled manual work every financial year, at the statutory minimum wage that each state mandates. Adult members of any rural household can participate in the activities under the scheme. Their work typically includes planting trees, constructing roads and toilets, maintaining playgrounds and other public spaces, and creates new assets such as roads, canals, wells, etc.

The scheme is implemented in decentralised fashion, by the gram sabha of each village.

In the current financial year, the India government allocated Rs 73,000 crore for MGNREGS, according to a press release. In 2021, the scheme employed 6.51 crore people. On December 22 alone, in fact, 1.35 crore workers were expected to be at work at over 13 lakh worksites across India, according to data on the MGNREGS website.

Some studies have also suggested that MGNREGS may have benefited the environment in many ways. In 2013, researchers from institutes including the Indian Institute of Science, Bengaluru, found that work done under the scheme in 40 villages in four states had reduced the villages’ vulnerability to climate risks.

A more recent study, published in May this year, reported that the scheme could be improving carbon sequestration across India. In 2017-2018 alone, for one, ‘drought-proofing’ activities such as planting new trees and improving soil quality could have captured 102 million tonnes of CO2. The study projected that the MGNREGS’s capacity to sequester carbon dioxide could rise to 249 million tonnes of CO2 by 2030.

The Indian government has been aware of these benefits, and listed MGNREGS as a contributor to carbon sequestration in its Third Biennial Update Report submitted to the UN Framework Convention on Climate Change earlier this year.

MGNREGS work has also had a big impact on landscape restoration, according to a team of scientists including Indu K. Murthy at the Centre for Study of Science, Technology and Policy, Bengaluru, and one of the coauthors of the May study. This is primarily because most activities under the scheme are ‘nature-based solutions’ (NBS).

The International Union for the Conservation of Nature defines NBS as “actions to protect, sustainably manage, and restore natural or modified ecosystems, that address societal challenges effectively and adaptively, simultaneously providing human well-being and biodiversity benefits”.

In a study published on December 12, they said that several states in India have “customised” MGNREGS activities within their borders to revive locally threatened ecosystems. One of their examples is of Kerala, where paddy fields have been converted for other uses in recent times.

Studies have shown that undertaking activities under MGNREGS to cultivate paddy on fallow land, renovate traditional water bodies and undertake irrigation works helped to these paddy and wetland ecosystems, they said.

MGNREGS for the environment

In fact, of the 260 ‘combinations’ of work that are possible under the MGNREGS, 181 relate to natural resources management and 164 to agriculture and allied activities. In April 2020, researchers of the World Resources Institute (WRI) wrote that most of these are “critical from the perspective of climate resilience”.

The government funds that MGNREGS brings to rural India can also help the country transition to climate-resilient development in a cost-effective manner, since 70% of India’s population still lives in rural areas, they added.

Could this mean MGNREGS work could be systematically organised to help with restorative work vis-à-vis ecosystems and climate resilience? The answer may not be straightforward.

The WRI group cited the example of the Dhara Vikas Project that Sikkim implemented in 2008. Here, the state’s rural development department used local expertise, MGNREGS and funding from the National Adaptation Fund for Climate Change to enhance water security and rejuvenate springs in drought-prone areas.

According to the group, this was an “excellent example” of how MGNREGS can help “mainstream climate resilience and adaptation into development”.

However, formally incorporating climate resilience outcomes into a scheme already so well-established and oriented towards a related yet still distinct goal is a different ball-game.

Climate resilience also requires integrating climate information, adopting low-carbon technologies and creating resilient infrastructure. On top of this, the way we measure existing projects will have to pivot from, say, public convenience to ecological benefit, and these two outcomes don’t always overlap.

In fact, Anjor Bhaskar, who teaches economics at the Azim Premji University, Bengaluru, cautioned that it is often difficult to quantify the environmental impact of a MGNREGS activity or understand its proper place in the broader context of activities in which the activity is situated.

Studies that examine the construction of tanks as an environmental benefit only consider its groundwater recharge and availability of water for irrigation as its positive impacts, Bhasker and his co-authors wrote in a 2017 study. “Its impact upon atmospheric emissions arising from the production and transportation of materials used in its construction or from the use of motors to extract water for irrigation is, however, ignored,” they noted.

They found that on the whole, MGNREGA work is ‘green’ and some activities undertaken as part of it do ensure an “overall improvement” in environmental parameters. But several other activities – like building roads and wells – are actually not ‘environmental’ at all.

This said, there is “no doubt” that there is a huge potential for environmental restoration through the scheme, Bhaskar said. “But that potential is not being realised, and there are three reasons why.”

First, MGNREGS doesn’t focus on restoring ecosystems. It is foremost a social-security scheme. Second, there is no technical expertise within the MGNREGS framework to design and implement activities that promote environmental restoration. According to Bhaskar, civil engineers currently design infrastructural assets that need to be built under the scheme.

Currently, each gram sabha decides what infrastructural assets its corresponding village needs. But it doesn’t identify environmental issues people face and then determine the appropriate steps to address them. For example, if locals complain about a low water-table, the target would be to, say, raise the water table through the cheapest, quickest or most efficient way in a fixed span of time, and move on.

Nonetheless, the WRI group wrote, climate resilience could be brought into the MGNREGS framework by building the capacity of panchayats to consider and implement eco-friendly solutions, and that this in turn could render MGNREGS a “very useful tool” to build a more climate-resilient India.