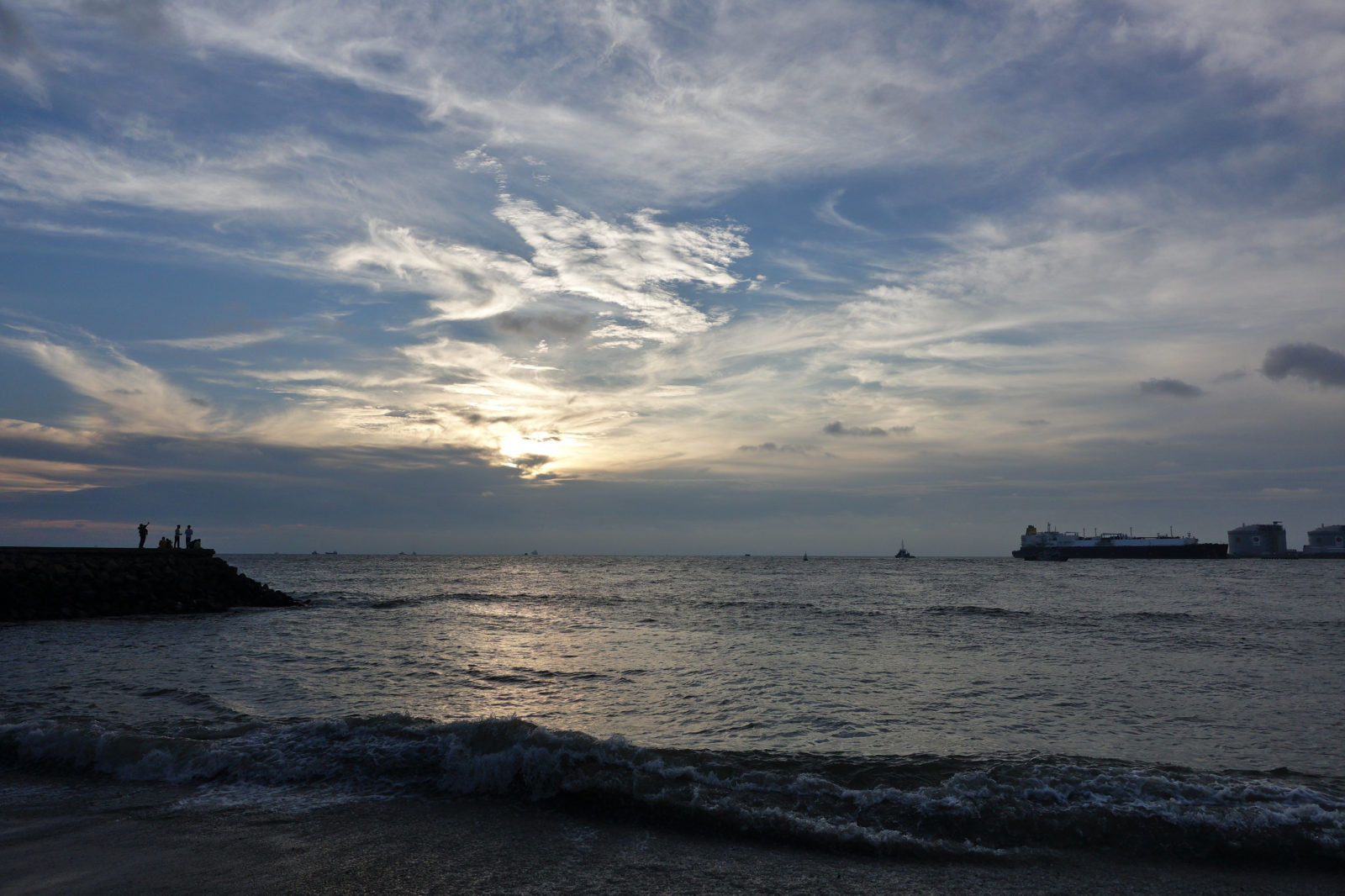 A view of the Arabian Sea from Kochi. Photo: josefwells/Flickr, CC BY 2.0

Bengaluru: On June 17, many news outlets (for example see here) reported that a new, previously unknown island had been spotted on Google Maps, off the coast of Kochi, Kerala.

The News Minute also said that experts from the Kerala University of Fisheries and Ocean Studies (KUFOS) are “planning to investigate” the mass.

K.X. Julappan, president of Chellanam Karshika Tourism Development Society, had published a Facebook post on June 5 highlighting his ‘discovery’ and had written to KUFOS asking for its involvement. In his post, Julappan had reportedly asked for authorities to investigate the supposed island’s effect on water currents and erosion patterns in the area.

According to The News Minute, the tourism development organisation had also been aware of the mass’s existence for “four years” and that its members hadn’t seen it “growing in size”.

However, Raj Bhagat Palanichamy, a geo-analytics expert at WRI India, tweeted on June 18 that “the mystery holds no water”.

According to him, the ‘island’ is really a visual artefact on Google Maps’ satellite view and doesn’t actually exist.

Palanichamy explained that Google Earth’s and Google Maps’ satellite view doesn’t provide high-resolution satellite images for some places on Earth’s surface. In particular, after a small buffer from the coast, it replaces hi-res images of the ocean at any given moment with patches of ocean blue.

But in the current case, the satellite view replaced a small patch of the ocean blue with a small patch of a hi-res image of land. This, he said, resulted in the impression that there is a new patch of land off the shore of Kochi.

“If you zoom in, you will be able to see ships moving around in the sea,” Palanichamy tweeted. “Right now also there are ships moving in the said ‘island’s’ area, as you can see on VesselFinder.”

He added that in fact ships populate that part of the sea because it is used to approach the Kochi port.

Speaking to The News Minute, KUFOS vice-chancellor K. Riji John played down the apparent island’s importance, saying that even if it existed, it would be one of many underwater islands around the world.

For example, the Lakshadweep, Maldives and Chagos archipelagos located further away from Kerala’s coast are actually the tops of an underwater formation called the Chagos-Laccadive ridge. They formed 140-80 million years ago.

Which mountaintops are visible as ‘islands’ depends on erosion and the local sea level. For example, during the last glacial maximum period around 26,000 years ago, the global sea level was 125 m lower than the level today. This would have allowed more of the mountains to be visible.

We also know that at least one island of the Lakshadweep has ‘disappeared’ due to erosion and that four others are at risk of going the same way.

Palanichamy has created topographic maps of the Indian subcontinent and the Indian ocean that show variations in height from the ocean floor instead of from sea level.

#Viz: Ocean floor around India – If you’re wondering how it would look like without the sea water.

Exaggerated relief. The Bengal and the Indus fans are the largest of their kind in the world. Their approx area marked here along with their canyons 🙂 pic.twitter.com/9wnDYwRt9a

John told The News Minute that “underwater currents, littoral drift, processes like accretion [coastal sediment returning to shore] or coastal erosion” could also contribute to the formation of islands.

As waters rise and fall and as sedimentation and erosion altercate, the ocean and the land take turns at the top.