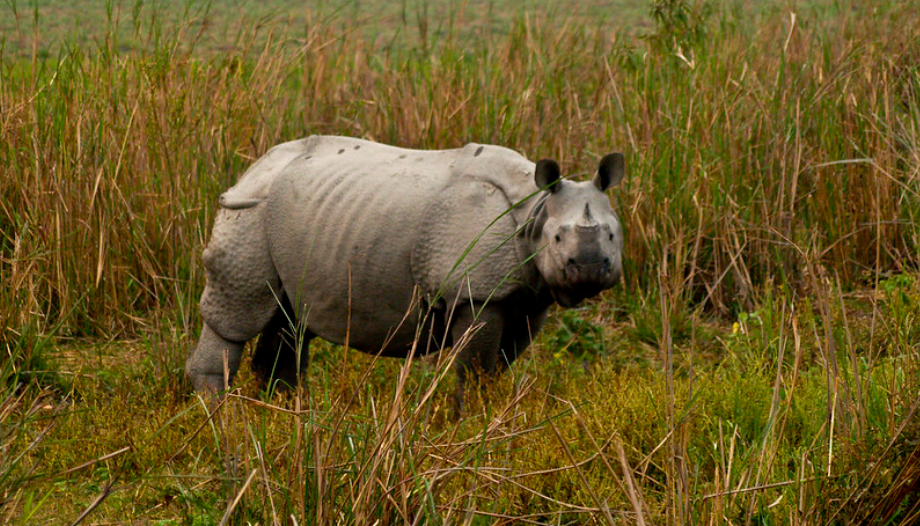 More Fun Than Fun: The Wasp Who Would Be Queen

A one-horned rhinoceros at Kaziranga. Photo: Subharnab Majumdar/Flickr (CC BY 2.0)

Guwahati: The population of one-horned rhinoceros at the Kaziranga National Park has registered an increase of 200, taking the total to 2,613, an official said on Tuesday.

The park’s director Jatindra Sarma said 279 rhinos in the juvenile category (one to three years) and 146 calves (less than one year) were also recorded.

The census was conducted from March 25 to 28, the official said.

Altogether, 64 enumerators, 12 independent observers and 49 media observers participated in the exercise, he said.

Fifty elephants were deployed to cover all 84 compartments of the park and its additional areas, while 252 frontline staff were directly involved in the exercise, Sarma said.

Drones were used for sample recheck and GPS devices were provided to the enumerators for better observation, he said.

A rhino census was also conducted in the Orang National Park and Pobitora Wildlife Sanctuary. These habitats also recorded an increase in the population of rhinos.

The census at Manas National Park found 48 rhinos in April 2021.

Guwahati, A Planned Smart City, May Be Underestimating Its Garbage Problem