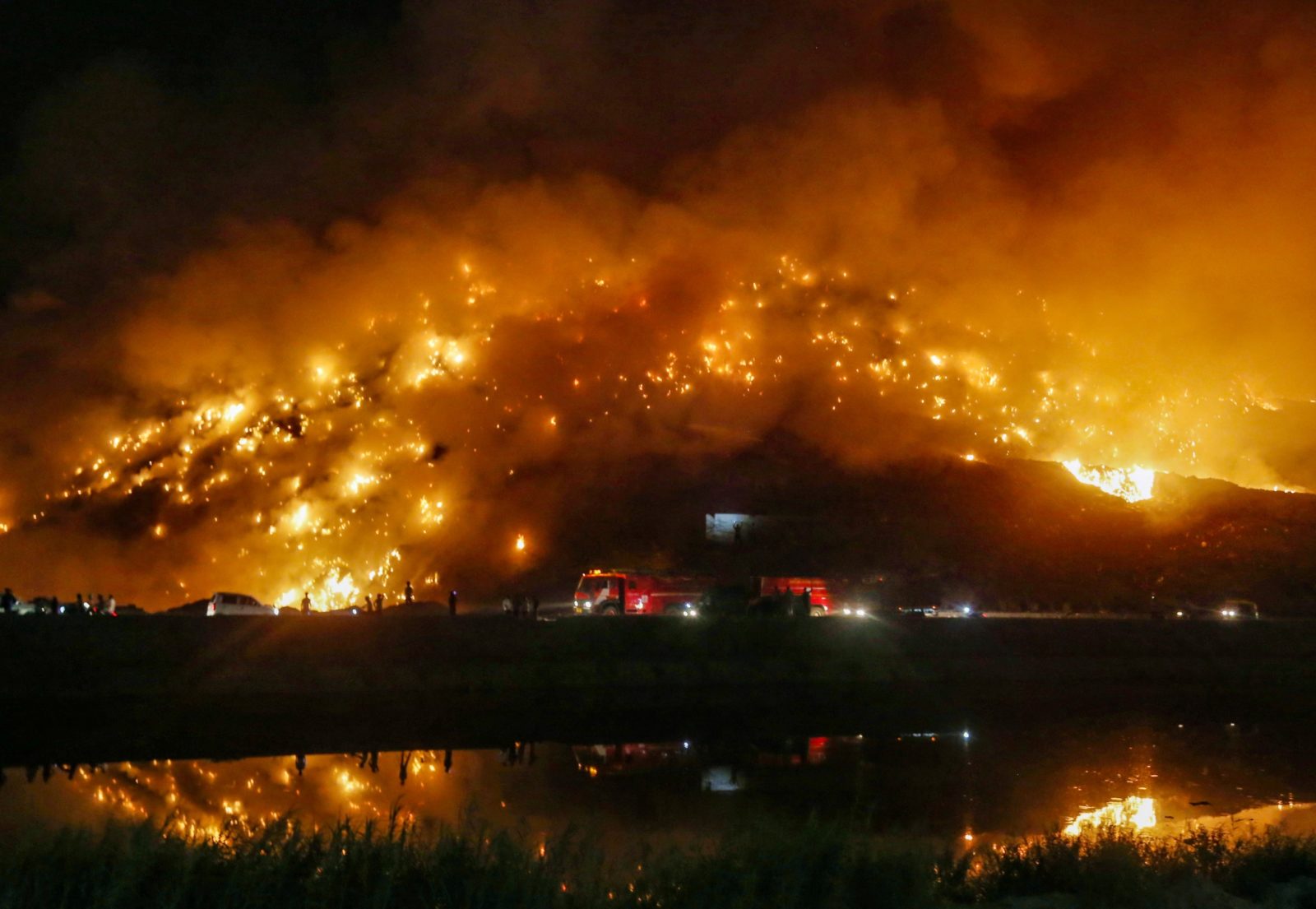 In WHO v. Health Ministry Over COVID Deaths Data, Whom Should We Trust?

A massive fire which broke out at the Bhalswa landfill site in north Delhi, Tuesday, April 26, 2022. Photo: PTI

New Delhi: A massive fire broke out at the Bhalswa landfill site in north Delhi on Tuesday.

The fire department received information about the blaze around 5.47 pm following which 10 fire tenders were rushed to the spot.

According to officials, 13 fire tenders were at the site to douse the flames.

The Aam Aadmi Party (AAP) lashed out at the BJP and said the fire at the Bhalswa landfill will “finish” the saffron party which rules all the three civic bodies.

As the fire was spreading in the nearby colonies, people were finding it difficult to breath, senior AAP leader Durgesh Pathak said.

“Fire breaks out again at Bhalswa landfill site. The fire is spreading to the nearby colonies, due to which the people there are finding it difficult to breathe,” the AAP leader tweeted in Hindi.

“This Lanka of BJP’s corruption is burning. In this (fire) both the BJP’s arrogance and corruption will burn and finish the BJP,” he added.

This year, three incidents of fire were reported in east Delhi’s Ghazipur landfill site, including the one on March 28 which was finally doused over 50 hours after it broke out.

On Tuesday, three more incidents of fire were reported in the capital.

A fire broke out at the Transport Bhawan on Parliament Street here on Tuesday. The fire started from an air-conditioner in one of the rooms of the building.

In another incident, a fire broke out at a shop and spread to other stores in Amar Colony’s main market in Lajpat Nagar.

Delhi fire service director Atul Garg said, “The fire started from a shop on the ground floor and spread to other stores and a restaurant. The fire also spread to the residence and an office on the first floor of the building.”