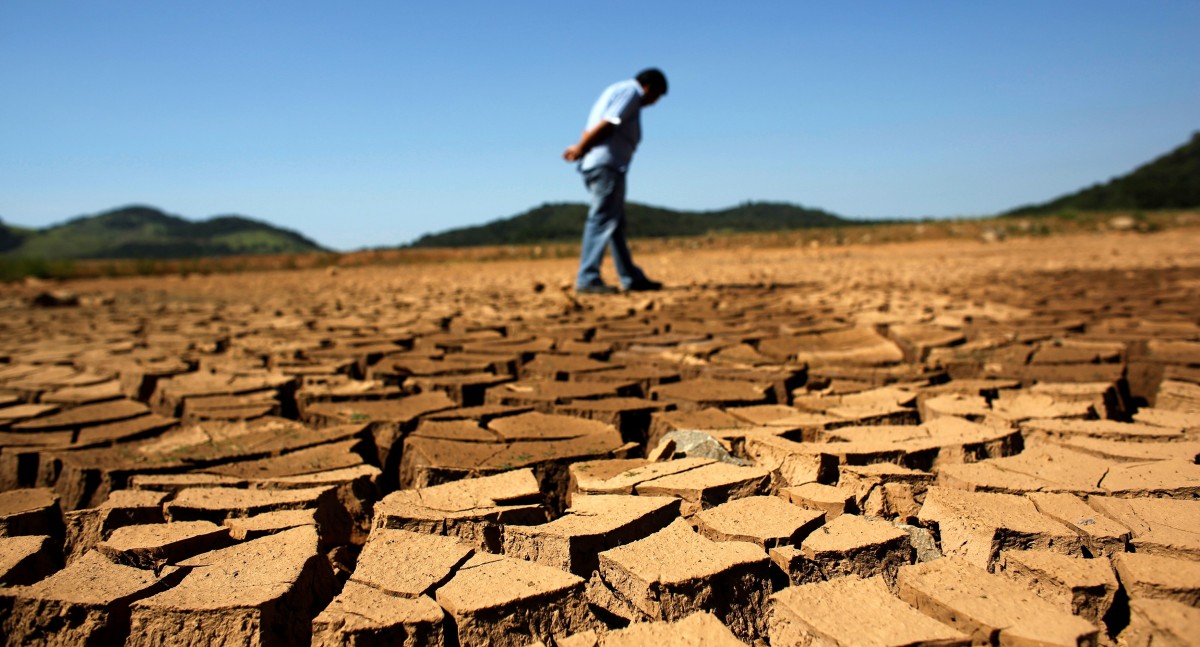 The average surface air temperature in the country is expected to rise by 4.4º C by the end of the century if little is done to curb global carbon dioxide emissions. Even if emissions do fall – moderately – in the next few decades, temperatures in India could still rise by an average of 2.4º C between 2070 and 2099, according to the text.

The report is entitled ‘Assessment of Climate Change over the Indian Region’. It was released by the Ministry of Earth Sciences (MoES) on Tuesday, June 16.

To put this into context: a UN report in 2018 had said global temperature rise should be kept to 1.5º C. The climatic impact of a world warmer by 2º C will be exponentially greater than one warmer by 1.5º C.

The frequency of heat waves during the summer will also increase between three- and four-times, and the average duration is likely to double by 2100.

The MoES report also noted that the average surface air temperature in India has already increased by 0.7º C between 1901 and 2018. “There are clear signatures of human-induced changes in climate over the Indian region in recent decades, as evidenced by observations, reanalysis datasets and climate model simulations,” it reads.

India has already witnessed extreme weather events at an increasing rate in the last few years. For example, the number of heavy rainfall days (exceeding 150 mm) in central India have climbed by an alarming 75% during 1950-2015.

In the same period, the overall monsoon precipitation in parts of central India also declined by 10-20%.

“There is a weakening of the local monsoon circulation. So the winds are not penetrating deeper into central India,” Roxy Mathew Koll, a scientist at the Indian Institute of Tropical Meteorology, Pune, and the lead author of one of the chapters in the report, told The Wire Science.

But, that’s not the only thing in play. “The same winds are showing increasing fluctuation. That means episodes of heavy rain over a few days,” according to Koll.

Overall monsoon precipitation in India – which contributes to more than 75% of the country’s annual rainfall – between 1951 and 2015 has declined by 6%, especially in the densely populated Indo-Gangetic plains and the Western Ghats.

However, in future, India is to expect more rainfall every year, both monsoonal and non-monsoonal. The monsoon season is also likely to become longer thanks to climate change, according to the report, and the frequency of extreme precipitation events is likely to increase further, especially in India’s central and southern parts.

This will in turn lead to increased flooding, mirroring the steady hike in decadal flood events since 1951. Flood propensity is expected to rise particularly in Himalayan river basins of the Indus, the Ganga and the Brahmaputra.

While on the one hand the frequency of floods is predicted to rise, drought severity and frequency too are also expected to become more common.

This seems counterintuitive, but only because, as the report clarifies, the number of consecutive dry days  is expected to increase because the annual rainfall will be spread over fewer days.

In the high emissions pathway, India’s northwest, the Gangetic plains and central India could experience more than two drought events every decade. The area that will be affected by droughts is also likely to increase by 150% by 2100.

Next, in the last two decades (2000-2018), there has been a significant rise in the frequency of very severe cyclonic storms, like Cyclone Gaja in November 2018, in October, November and December.

According to the report, more tropical cyclones are going to be born in the northern Indian Ocean and with greater intensity, in the decades to come due to climate change.

Koll said that with a projected temperature increase of 4.4º C by the end of the century, we should be prepared for multiple weather extremes occurring at the same time.

“The chances of these extremes overlapping are large, multiplying the threat. We call them compound events. For example, an intense cyclone may be accompanied by heavy rains, storm surges as in the case of the recent cyclones. Or droughts may happen along with heatwaves,” he said.

Sea level is rising because sea ice and glaciers are melting faster. According to the report, the dominant causative agent vis-à-vis the Indian Ocean is thermal expansion: water expands as it heats up and occupies more space.

The water along India’s coasts is expected to rise by 20-30 cm by 2100. “Low-lying coastal zones, especially on India’s east coast, may witness rising sea levels damaging property and increasing groundwater salinity,” the report stated. “A rise in cyclone intensities will likely result in increasing inundation from the accompanying storm surges that turn proximate agricultural lands and lakes saline, and imperil wildlife.”

It has also warned that the complex changes in climate pose risks to infrastructure, public health and environment health, which have the potential to hamper efforts to achieving development goals and economic growth.