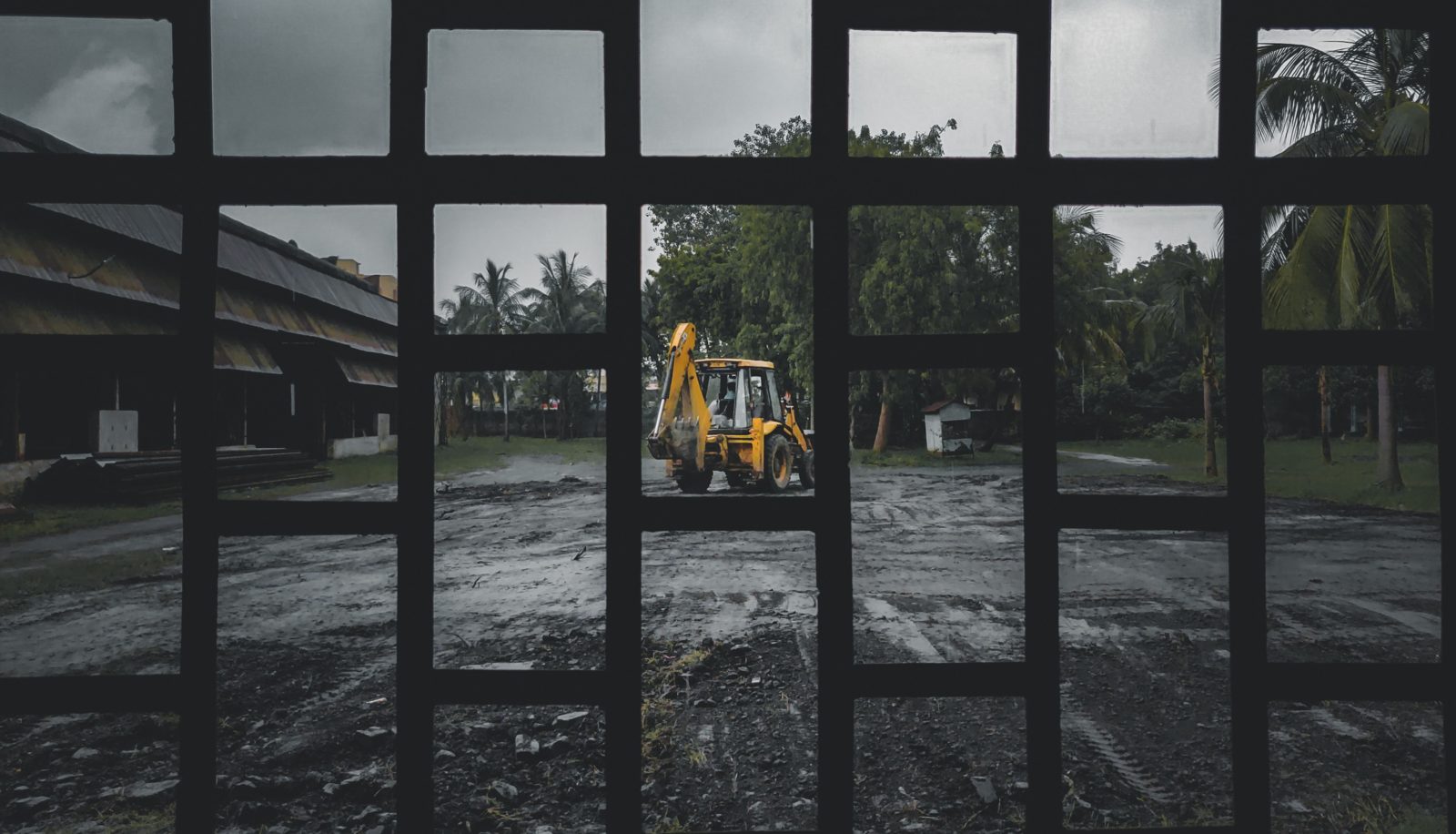 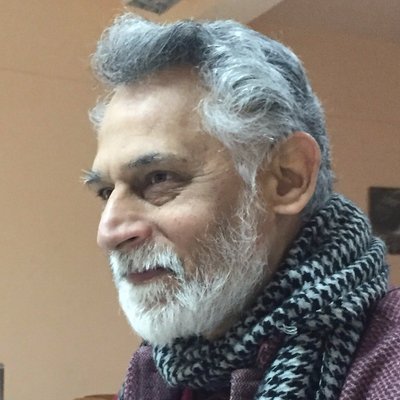 The first ever UN ‘Earth summit’ on the environment held in Stockholm in 1972 was appropriately, and simply, named the UN Conference on Human Environment. Those were early days in people’s growing environmental consciousness. The people were correctly worried about their own health and well-being being adversely affected by  the pollution of their environment, chiefly their air and water.

In India, these concerns found expression in a slew of legislative actions led by the vision and energy of the then Prime Minister, Indira Gandhi, who – at the Stockholm conference – was the only head of state to participate other than the prime minister of the host country, Olof Palme. In her regime came first the Wildlife (Protection) Act 1972 followed by the Water Act in 1974. The Forest (Conservation) Act 1980 and the Air Act 1981 came in Gandhi’s second tenure as the prime minister, while the Environment (Protection) Act 1986 was promulgated in Rajiv Gandhi’s term.

The Environment (Protection) Act was a response to the ghastly environmental tragedy that unfolded on the night of December 2-3 in Bhopal, when around 4,000 people died and several lakh were affected, many crippled for life.

Perusing the preambles of the Water and Air Act and the Environment (Protection) Act makes it amply clear that these instruments were not brought into force for any altruistic love of clean water or air but because polluted water and air is a human health hazard. These were selfish pieces of legislation on the part of Indian parliamentarians, since they wished themselves to lead healthy lives, and wished the same for their compatriots and other life forms found in the land. The preamble to the Environment (Protection) Act in particular couldn’t have been clearer about this (emphasis added):

An Act to provide for the protection and improvement of environment and for matters connected therewith:

WHEREAS the decisions were taken at the United Nations Conference on the Human Environment held at Stockholm in June, 1972, in which India participated, to take appropriate steps for the protection and improvement of human environment;

AND WHEREAS it is considered necessary further to implement the decisions aforesaid in so far as they relate to the protection and improvement of environment and the prevention of hazards to human beings, other living creatures, plants and property…

A law is as effective as the penal clause that it advertises. Without an effective penal deterrent, it is just a worthless piece of paper. The Indian Penal Code, which is concerned largely with offences against ‘persons’ and ‘property’, helps maintain social order in society using the fear of punishment, including in the form of fines, imprisonment and even death in extreme cases. The loss of one’s social standing brought on by imprisonment is a more effective deterrent than monetary fines, no matter the quantum.

So when the Union environment ministry wished in response to representations received from some quarters – read: polluters, current and potential – to soften the existing penal clauses in the Water, Air and Environment Acts, it is effectively admitting that the apex environmental guardian of the nation is okay with people facing health hazards, including deadly diseases from the consumption of polluted water, the inhalation of polluted air and the overall degradation of the life-environment. For how can ‘ease of doing business’, no matter how dirty, be compromised for the sake of health and welfare? We build hospitals for the sick, after all!

Ironically, on March 1, 2022, Union environment minister Bhupender Yadav had himself released a report by the Centre for Science and Environment that said India has accounted for one of every four deaths worldwide due to air pollution in 2019.

What form does the environment ministry’s decriminalisation take vis-à-vis these Acts?

Effectively, the ministry is proposing to replace the penal clauses in these Acts – which currently provide for court action and followed by punishment by imprisonment and fines upon conviction – with only monetary fines, to be adjudicated by an executive authority appointed by the state.

In legal terms, the ministry is proposing to convert a criminal offence into a civil offence. Imagine, for example, committing a murder and getting away by paying a fine. This analogy may not even be tenuous: polluting the air and the water is no less heinous than murder; it is just that the consequences play out in a matter of years, instead of hours.

If the proposed dilution of the provisions of the Water, Air and Environment Acts are given effect, the door will open wider to en-masse risks to human health even as two well-established environmental principles –  non-regression and ‘polluter pays’ – will go out the window.

If lawmakers of the 1970s and 1980s incorporated the risk of imprisonment upon conviction for a violation of the Water, Air or Environment Acts as a deterrent against irresponsible, and increasingly wilful, acts by polluters, then there is no case today to replace it with simple fines, no matter how hefty. In short, the move itself would be illegal in the teeth of Article 21.

‘A polluter must pay and stop pollution’ is in a nutshell the message of the ‘polluter pays’ principle. The Supreme Court has in several cases emphasised it to be an integral part of India’s environmental jurisprudence.

Here, ‘pay’ is not limited to monetary fines but also includes imprisonment upon conviction in a court. Limiting it to mean only money will change ‘polluter pays’ to ‘pay and pollute’. And who really fears monetary fines today? Certainly not the megacorporations that are also today’s worst offenders on this count.

What exactly is the industry’s problem?

As we understand, industrialists in India face two key challenges in the context of environment protection laws. One is the need to acquire several prior permissions from different agencies, according to procedures defined by different laws, before setting up a new industrial plant. And two: allegedly frequent rent-seeking by the implementers of these laws.

Industry leaders must realise that many environment laws are apiece with the historical evolution of environmental consciousness in the country – so they can’t simply be wished away. The industry may at best seek the replacement of several laws by a single omnibus legislation that meets the environmental protection needs of the country without compromising on the rigour of the laws themselves. Surely the industrialists, their employees and all their children also need clean water and air and a safe environment as much as others.

As for the rent-seeking: it is essentially a governance challenge that the executive cannot overcome by diluting existing laws. There is little, if any, guarantee that the executive office of the proposed adjudicating officer dispensing fines will itself not become another rent-seeker while also remaining vulnerable – unlike, presumably, judicial action – to undue external pressure.

To be clear, the government has advanced an impression that its proposal is to decriminalise these laws by replacing criminal punishment, including imprisonment, for supposedly minor offences like non-submission of reports. But a fine reading of the proposal as found in the public domain reveals this to be not true.

One example to show how little thought has gone into these amendments is the proposal to vest the role of the adjudicating officer in the office of the already overburdened district magistrates. This could become a recipe for bulldozing mechanisms for clean water, air and safe environment into the forgotten corners of our district collectorates.

At this point, there are three reasonable ways forward.

Union environment minister Bhupender Yadav is known for his youthful energy and has reportedly visited a large number of national parks and sanctuaries and a number of expert institutions associated with his ministry. This was presumably to get a first-hand feel of ground realities and is most welcome. On similar lines, the minister should visit some of the known ‘critically polluted’ locations like Chandrapur, Maharashtra; Korba, Chhattisgarh; Singrauli, Madhya Pradesh; Ankleshwar and Vapi, Gujarat; Pali, Rajasthan; and Patancheru-Bollaram, Telangana. Here, he should consider interacting with the people suffering through the polluted air, water and air – before deciding if what he is proposing is the right thing to do.

Concurrently, there should be a series of public consultations in person at representative locations in the country, where the concerned officials present their understanding of the need for the proposed change, to an audience consisting of different stakeholders. Just a public notice with a strict time-frame in which to respond is hardly a substitute for participatory decision-making. Let us not forget that Jairam Ramesh, the environment minister in 2009, set a sterling precedent by engaging in such a series of consultations in the matter involving Bt brinjal.

Second, let the environment ministry draft an omnibus law for climate change and the human environment that incorporates the provisions of the Water, Air and Environment (Protection) Acts, and such that the combined law presents a single window of approval for any existing or prospecting business-person wishing to set up an industrial facility.

Finally, let the environment ministry revive the proposal for a ‘National Environment Protection Agency’ (suggested but not realised in the time of Jairam Ramesh as environment minister). This will help set up an independent implementer of environmental laws with full authority and accountability.

Manoj Misra is a former forest officer and a cancer survivor.