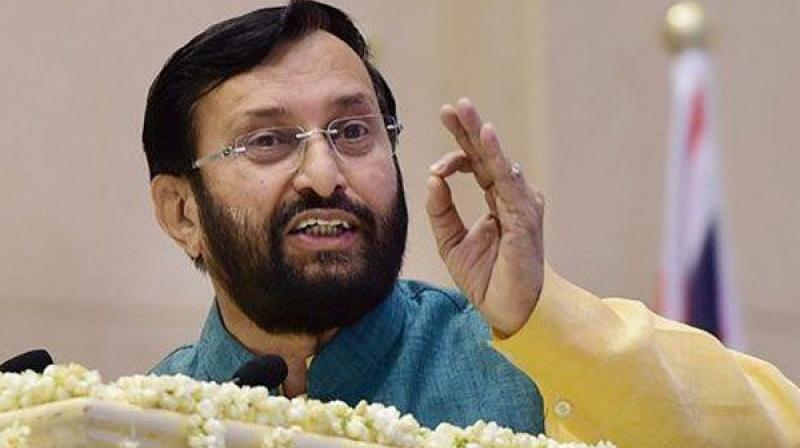 At the peak of India’s nationwide coronavirus lockdown, when almost all government offices were shut, one government ministry (other than the health ministry) kept its doors open. This was the Ministry of Environment, Forests and Climate Change.

On April 7, the standing committee of the National Board for Wildlife (NBWL), and on April 15 the expert appraisal committee (EAC) held meetings through video conference, facilitated by Union environment minister Prakash Javadekar. As a result, the ministry could well have become an example for the world’s countries to emulate, on maintaining focus on national environmental issues despite the unfolding tragedy. However, this was not to be.

The standing committee of the NBWL met less for the purpose of protecting and conserving wildlife and more for the opposite. It considered 31 proposals in all, 16 of which related to highways, transmission lines and railway lines through national Parks, sanctuaries and tiger corridors. And all 16 proposals were approved. An array of other projects concerning nearly 3,000 acres of land located in eco-sensitive areas were also approved.

The minister subsequently tweeted that the approvals will help develop tourism, infrastructure, employment and economic growth. Not a single tweet or statement reflected any effort by the minister or his ministry to protect the national parks and sanctuaries that is their mandate to protect.

In the same vein, the EAC didn’t meet discuss the need for stringent steps to review the environmental impact of projects but to approve projects, including the new Central Vista project in New Delhi.

The NBWL and EAC meetings outraged those concerned about the environment, even as others opined that the government deserved credit for trying its best to ensure economic growth during the coronavirus pandemic. However, the issue isn’t only about ideology or attitudes towards development. Legality and propriety also matter, perhaps more.

National parks and sanctuaries – legally termed protected areas – account for less than  5% of India’s total area. Per the Wildlife (Protection) Act, 1972, these areas should be conserved and protected from any destructive activities to ensure  the country’s ecological and environmental security. In fact, it was during the NDA’s rule in 2003, under Prime Minister Atal Bihari Vajpayee, that the Act was made more stringent by ensuring only those activities will be allowed in national parks and sanctuaries that directly benefit wildlife.

But in the NBWL standing committee’s April 7 meeting, not a single project on the table was designed to benefit wildlife. They included a railway line through a tiger corridor in Telangana, requiring 168 ha of forest land; a diversion within Gangotri National Park, Uttarakhand; and a highway expansion through the Mollem Wildlife Sanctuary in Goa. The single largest diversion involved 768 ha of forest land for the Lakwar Vyasi hydroelectric power project in Uttarakhand, close to the Binog Wildlife Sanctuary. As it happened, the NBWL approved this project with only two conditions based on recommendations of the chief wildlife warden of the state, Rajiv Bhartari: no activity during the night and construction of speed breakers.

At the risk of repetition: These were the two conditions mandated for a project nearly the size of the Tehri Dam!

One thing is clear: if there is anything the species inhabiting India’s protected areas need to fear, it’s the members of the NBWL. A poacher may be able to kill a few animals, a person may cut down a few dozen trees, villagers may graze their animals or collect firewood – but at the end of the day, the protected areas retain their identities as ‘protected areas’. They still have a healthy chance to regenerate and repopulate themselves with the poaching and the removal of firewood and fodder. Only the NBWL has the power – when improperly exercised – to decimate the entire habitat.

Additionally, despite the NBWL’s standing committee’s illegal manner of functioning, there has been little effort to question its actions. One reason is the lack of any independent environmentalists and conservationists in the committee.  Another is that the committee is expected to work under the overall control of the National Board for Wildlife, and the national board, which is headed by Prime Minister Narendra Modi, has never met in the last six years.

The standing committee consists of the environment minister (chairperson) and select official and non-official members. The only people in the category of ’eminent’ ecologists and conservationists are retired chief wildlife warden of Gujarat H.S. Singh and Raman Sukumar, a professor at the Indian Institute of Science, Bengaluru, and a trustee of the Wildlife Trust of India. The minutes of the meeting don’t have any indication that either non-official member objected to the board’s misuse of power or the fact that these projects will irreversibly damage wildlife.

Since 2014, if not earlier, the Union environment ministry has been more concerned about meeting the targets of the other ministries and departments than its own. Why else would the environment minister tweet that approvals awarded by the NBWL – which he chairs – will usher in “economic growth” without uttering a peep about what the NBWL is doing to protect wildlife? It would be a great day when all other ministers adopted the same approach. Imagine the railway minister tweeting that he has cancelled a new railway line because it could endanger elephants or the coal minister tweeting that new coal mines will not be set up so as to prevent deforestation.

The reason is again not difficult to locate: India’s environment minister is also India’s industry minister, specifically the Minister for Heavy Industries and Public Enterprises – a clear conflict of interest if there ever was one. And historically, in the contest between these two aspirations, the environment has always been the loser.

Those interested in wildlife see this lockdown as a time when nature is getting a much-needed break from the noise and disturbance that characterise ‘normal life’. Balcony-birding is a new rage not just among seasoned birders but also among new converts. Such growing appreciation for nature and its riches will always be a positive development.

However, the lovely birds shouldn’t make us lose sight of the fact that somewhere not very far from the balcony, there is a ‘standing committee’ calculating the number of speed breakers that will need to be built in exchange for siphoning off large chunks of natural India. The country’s remaining forests, wetlands, tiger corridors, grasslands and mangroves are making way for destructive projects approved by boards like the NBWL acting in complete breach of public trust.

If this continues, the day is not far when the only wildlife left will be those in front of our balconies.