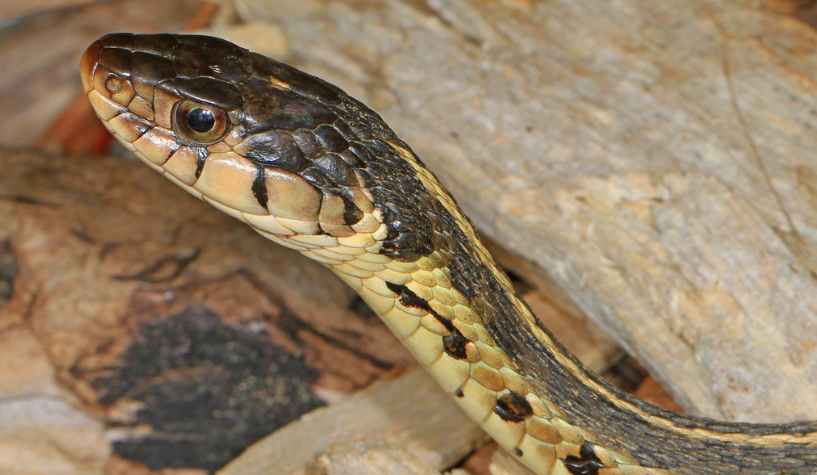 Lifting of Coronavirus Lockdowns Must be Gradual: WHO

The sun beat down mercilessly. Being in the vicinity of south India’s highest peak, in one of the coldest months – December – made no difference. After a tiring morning session of surveying for snakes and other small fauna in the high-elevation grasslands of Kerala’s Eravikulam National Park in the Anamalai hills, researchers Sandeep Das and K.P. Rajkumar of the Kerala Forest Research Institute were taking a much-needed siesta at their camp. From the verandah where they lay, the duo could spot the browning grass tufts on the hill slopes, framed by the sides of a deep trench dug around their camp to prevent elephants from venturing near.

From the corner of his eye, Das espied a small movement in the trench. A closer look revealed a foot-long, dark-coloured snake sun-basking comfortably near its hole in the ground. It was an uncommon find: a ground-dwelling wood snake!

“But this one looked slightly different from the wood snakes I had seen in the Nilgiris and lowlands of the Western Ghats,” said Das.

Now, five years later – after surveys and detailed morphological and genetic studies – a team including Das, Rajkumar and scientist Deepak V. (The Natural History Museum, London; NHM) have found that this wood snake is new to science: the Anamalai wood snake, Xylophis mosaicus.

“That researchers have unearthed a burrowing snake, a group which is comparatively rare to see, makes this a significant discovery,” wrote herpetologist Varad Giri, Director NIDUS and Foundation for Biodiversity Conservation, who did not participate in the study.

Though burrowing snakes dwell across the tropics, all the world’s wood snakes are found only in India’s Western Ghats mountain range. The Gunther’s wood snake (Xylophis stenorhynchus) was reported from Tamil Nadu’s Theni district in 1864, while scientists discovered the Captain’s wood snake (X. captaini) in 2007 in Kerala’s lowlands. The first known wood snake, however, is the Perrotet’s wood snake (X. perroteti) – identified in 1854 from the Nilgiris, the hill ranges north of the Palghat Gap.

Subsequently, naturalists collected the snake from the Anamalais (hills south of the Gap) too. The Palghat Gap, at 30 km, is the widest break in the Ghats that is otherwise more or less contiguous across its 1,600 km length.

In 2007, NHM scientist David Gower noted how “variable” the colour patterns of this species on either side of the Palghat Gap were, suggesting that reassessing its taxonomy would be “worthwhile”.

Apart from the six specimens of Perrotet’s wood snakes they obtained from all these surveys, the team also referred to around 20 others already available in the collection of the NHM in Paris and London for both morphological and genetic analyses.

The team extracted DNA from specimens including two Perrotet’s wood snakes from the Nilgiris and one from Eravikulam, to obtain data on five genes including mitochondrial DNA. They also combined already available genetic data of other wood snakes, and the closely-related sister genus Pareas. Using the data, the researchers built a phylogenetic tree – a branched diagram depicting evolutionary relationships between organisms, something like a family tree.

Results revealed that the Perrotet’s wood snake in Eravikulam (Anamalais) was indeed different from those in the Nilgiris: the snakes from the Anamalai and Nilgiri ranges separated as two different, yet closely-related ‘sister’ branches in the phylogenetic tree. Both were distinctly different from the Captain’s and Gunther’s wood snakes, as well as from the genus Pareas.

Morphologically too, the Perrotet’s wood snakes in the Anamalais differed from those north of the Palghat Gap. In all the Anamalai specimens, one scale on the underside of the neck (called the first ventral) is arranged differently (see Image 1). This “consistent” scale characteristic distinguishes the two sister species, wrote Deepak Veerappan over email.

Most of the Anamalai specimens also sport a mosaic-like pattern on their bodies, much like the habitat they are found in – the shola-grassland ecosystem or ‘mosaic’, as these unique forest-grassland habitats in the high elevations of the Western Ghats are called. This mottled grey and brown appearance gave the snake its name: Xylophis mosaicus, the Anamalai wood snake.

The Palghat Gap, an unsurmountable barrier for many taxa ranging from songbirds to frogs, has been the reason populations of the same ancestral species on remote ‘sky islands’ north and south of the gap evolve into different, distinct species.

A study in 2010, for instance, found that the shortwing, an endemic bird found across the Ghats, was actually two different species: the rufous-bellied shortwing dwelt in the north of the Palghat Gap, and the white-bellied shortwing in the south. (In 2017, these two shortwings and a species of laughing thrush were found to have diversified into seven distinct species altogether.) Another study in 2016 shows that bush frogs have diversified into numerous species, again, on either side of the Palghat Gap.

Currently, the Anamalai wood snake is known from only three localities in the Anamalais – Eravikulam and Meesapulimala (Kerala), and Kodaikanal in Tamil Nadu – that occur above 1,500 metres above sea level. According to Deepak and his colleagues, this ‘patchy’ distribution could put the species in a threatened IUCN Red List category.

Additionally, almost all the individuals they spotted were from the grasslands of the shola-grassland mosaic. However, it is too early to comment on whether this species actively prefers grasslands over sholas, said Deepak.

“Sandeep [Das], Surya [Narayanan], Rajkumar and I plan to survey this landscape more systematically in future [to find out],” wrote Deepak.

While flora and fauna of the Anamalais are among the most well-studied in the Ghats, this discovery “undermines this notion” and highlights the need for more such explorations to understand the “real diversity” in this landscape, commented Giri.

“There is unique herpetofaunal diversity [here], but little information is available on their ecology. These species live in extreme conditions and understanding their natural history should be the next target,” he added.

The Wire Science@TheWireScience
3 Following 15.5K Followers
There is currently zero visibility of the Centre’s plans for vaccine procurement, even if it palmed off this respon… https://t.co/i1HEgm58Tv
11 hours ago
1 3
How our ancestors treated and mourned the dead can offer crucial clues, helping to reveal when we first developed t… https://t.co/nIjjB5fdlf
12 hours ago
3
The lands of Seppakkam once had rice fields, salt pans, fresh air, mangroves and clean rivers with fish aplenty. Th… https://t.co/Uw1BItkwlU
13 hours ago
2
In conversation with Karan Thapar, Professor Ashish Jha has said the Kumbh Mela "shahi snans", when two and three m… https://t.co/6BieQbnksr
14 hours ago
4
Big Pharma turns up once a public institute has completed the risky part, exploring the possibility of developing n… https://t.co/EuJ27p0Vzt
15 hours ago
“They have mild symptoms and they are eating well and they are fine,” Rakesh Mishra said. https://t.co/f1UT9sLcqe
16 hours ago
1 1
In a major shot in the arm for the Pfizer-BioNTech COVID-19 vaccine, researchers have reported in two studies that… https://t.co/sAYVSsy0Eg
17 hours ago
1
Ill-equipped hospitals, staff shortages and long journeys to dedicated COVID-19 wards are making it harder for vill… https://t.co/mVxL8vbdtL
18 hours ago
1
Do monopoly-protected, US-based Big Pharma endeavours have monopolies on finding the cures for many of the world’s… https://t.co/aSywMcxtVp
19 hours ago
1 1
President Joe Biden on Wednesday threw his support behind waiving intellectual property rights for COVID-19 vaccine… https://t.co/4hxFWH6sAz
20 hours ago
3
On May 6, India reported more than 400,000 coronavirus infections over the last 24 hours, while deaths rose by a re… https://t.co/iu0A7a5FgK
21 hours ago
1 3
The problem, according to Anvisa, is that doses of the Sputnik V vaccine may contain adenoviruses that are able to… https://t.co/1ykUG1cSIf
22 hours ago
1
A study led by Centre for Cellular and Molecular Biology, Hyderabad scientists states that there is no separate spe… https://t.co/uV0xemWT7G
23 hours ago
2
Oxygen crisis deepened in certain parts of Karnataka on Tuesday, with the deaths of seven COVID patients in Kalabur… https://t.co/KXxGpchp2i
1 day ago
1 2
The striking disparity between COVID-19 advice and treatment is attributable primarily to India’s sluggish treatmen… https://t.co/KLMRs8AgUM
1 day ago
2 2
Contact us