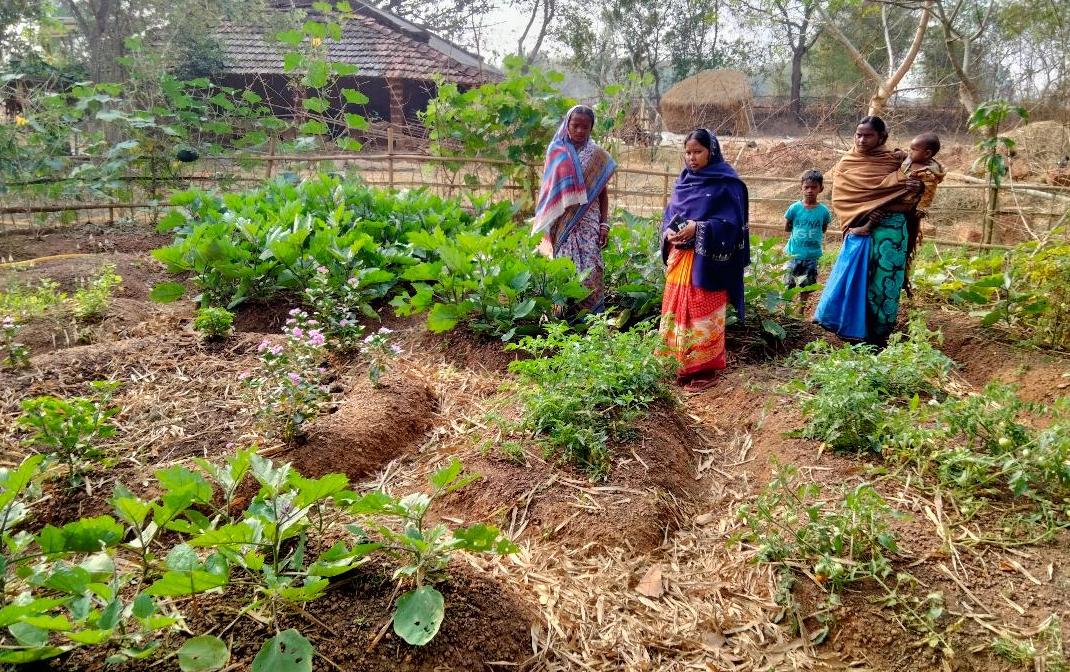 Chamoli Floods Are a Reminder That Sustainable Development Isn’t Enough

Khunta, one of the remote blocks of North Odisha’s Mayurbhanj, is yet to overcome malnutrition. For years, rain-fed agriculture and collection of forest produce constituted a major source of livelihood for the tribal community here.

However, with varying climatic conditions, such as erratic rainfall and prolonged dry seasons, the tribal youth of the region have lost faith in agriculture as a sustainable means of income. Depletion of forest resources has weakened their economy all the more.

In the last decade, the rate of inter-state migration has increased exponentially. Migrant workers have often reported harassment, delay in wage payment and poor working conditions.

After losing their city jobs during the lockdown, thousands of migrant workers returned to their villages with minimal savings that were quickly exhausted. This was followed by a preventative closure of local weekly markets that fuel the village economy, making survival a daily struggle for the tribal people.

Although many received dry rations through the public distribution system, they claimed that it was insufficient to manage their increased responsibilities during the lockdown. In the absence of a balanced diet, malnutrition became worse, especially among women and children. Nutrition experts warned that this may result in undernutrition, stunting and micronutrient deficiencies, and further lead to an increase in infant and child morbidity and mortality.

Alarmed by this, the block administration of Khunta, the Odisha Livelihood Mission (OLM) and MGNREGS launched a low-input organic nutri-garden. The aim of this initiative was to build resilience among tribal women farmers and strengthen their nutritional security during and after the pandemic.

Over a thousand tribal women farmers in Odisha’s Khunta are now diversifying their diets by establishing organic nutri-gardens of their own.

In the kitchen garden model, farmers cultivate their preferred vegetables, while in the nutri-garden model, food diversity is the primary feature. Farmers are sensitised to cultivate at least 12 to 14 varieties of crops, including vegetables, tubers, seasonal greens and fruit trees.

“The nutri-garden model is entirely new for the community,” said Rama Chandra Dalai, block livelihood development coordinator of OLM. “Initially, people were sceptical about its benefits.”

While explaining the strategies adopted to navigate these challenges, Dalai said, “We formed a robust community cadre by mobilising Krishi Mitras or farmers friends and traditional community leaders.” Each Panchayat has one Krushi Mitra; they belong to the same tribal community and are familiar with the local dialect. They facilitate the identification of tribal women farmers and have taken a lead in setting up nutri-gardens.

In addition, efforts have been made to ensure active participation of local women’s self-help groups (SHGs). Empowering women farmers is one of the main objectives of the nutri-garden initiative. Kavita Mahanta, a Krushi Mitra from the Bashipitha panchayat, says, “Ensuring participation of SHGs has created ripple effects.” In collaboration with the community cadre, the SHGs have played a strategic role in sensitising women farmers about the importance of nutritious food.”

Ma Saraswati SHG is one such community-based institution that has disseminated awareness on nutri-gardens and supplied saplings of moringa, papaya and lemon to women farmers.

At the outset, farmers are trained on a range of sustainable agricultural methods and techniques. Some of these include preparing plots for nutri-garden, soil conservation, moisture retention, mulching and preparing organic composts and insecticides.

To prepare nutri-garden beds, the farmers received a monetary remuneration under the MGNREGA scheme. Most of these gardens are established either in the backyard or the unused front yards of their houses. Proper fencing of the nutri-garden is necessary to protect the crops from livestock.

While preparing the organic agro-inputs, they strived for the optimum use of locally available resources. For example, farmers were trained in preparing jibaamrut, a rich organic manure with a high concentration of several micronutrients that include carbon, nitrogen, phosphorus and potassium.

Several studies suggest that jibaamrut increases the microbial count in the soil. In addition, it improves the pH of the soil, which determines the availability of essential plant nutrients.

After establishing the nutri-garden plots and fencing, about 1,100 women farmers from 128 villages received 14 varieties of vegetable seeds from the Khunta block administration.

Many of these farmers were pregnant, lactating and suffering from anaemia. “Amidst the pandemic, these are high risk households,” Srinibas Das, block project manager at OLM, said. “The nutri-garden has ensured that the farmers can access vegetables that are rich in multivitamins.”

With a growing demand for food diversity among tribal women now, nutri-gardens can, and should, be impactful. Jamuna Marandi, 33, is a Santal Adivasi woman farmer from Sanatanpur village in Bashipitha panchayat. “Earlier, we used to grow only mustard in our backyard,” Jamuna recalled. “But this year, in addition to mustard, we started cultivating tomatoes, brinjal, reddish, chilies, bottle gourd, pumpkin, saag (green leaves) and tubers.”

She thanked the block authorities for “supplying seeds and organic composts”.

Parvati Marandi, 30, is an Adivasi woman farmer from Bahanoda village in Bahanoda panchayat. “It has been over four months and we have not spent a penny to buy vegetables,” Parvati said, pointing to her nutri-garden. She is two months pregnant and now includes fresh vegetables in her daily diet.

This nutrition-intensive initiative has contributed to a positive behaviour change and encouraged communities to adopt healthy foods in their diets. “If implemented properly, nutri-gardens could break intergenerational malnutrition cycles,” Manas said.

“Last month alone, we earned around Rs 2,000 after selling surplus pumpkins, bitter gourds and green chilies at the weekly market,” Nirupama Mahanta from Bandhagoda village in Bahanoda panchayat said. “Locals often prefer to buy vegetables grown in nutri-gardens. They say it is soft and tasty.”

Champa Soren, a woman Sarapanch in Bholagadia panchayat, said, “The youth are also attracted to the nutri-garden model. They are now inspired to replicate such viable farming models.”

In tribal communities, women play a key role in supplementing household economies. So empowering women with the necessary skills and technical exposure to sustainable agricultural practices could help minimise crop loss and encourage adaption to a changing climate.

With a health crisis, it is critical to empower women to take decisions related to what crops to plant and sell, how to use harvests, what foods to include in the diets of children, pregnant women and old age persons, said Das, the OLM project manager.

“Seed-sufficiency is key,” according to Dhaneswar Tudu of Bahanoda panchayat. “There should be identification, multiplication and exchange of engendered traditional seed varieties amongst the farmers.”

“This will empower our farmers to produce their own seeds and reduce expenses on buying expensive hybrid seeds which require expensive and harmful chemical inputs.”

From a nutritional aspect, “Our traditional seeds are rich in multivitamins,” said Manini Singh, a woman Sarapanch from Bangara panchayat. “We can preserve indigenous seeds for a longer period of time. Hybrid seeds never last that long.”

Similarly, while analysing the climatic resilience of indigenous seeds, Padmavati Behera, a woman farmer from Bholagadia panchayat, noted, “There are certain varieties of indigenous seeds that require less water. Some varieties are naturally resistant to pests and diseases. The government should propagate these varieties on a priority basis.”

Behera works as a Krushi Mitra in Bholagadia panchayat and is involved in sensitising farmers about indigenous seeds.

Landless households may also be encouraged to grow vegetables in containers or gunny bags. Each family could set up 10-12 such bags in a row. “This is a landless model,” said Madan Mahanta, a Krushi Mitra. “Vegetables like bitter gourd, bottle gourd, pumpkin, chilies and greens could be grown in these bags.”

“We need to encourage breastfeeding, complementary feeding and immunisation,” Joy Daniel Pradhan, a development specialist at the Ministry of Minority Affairs, added.

The pandemic has worsened an already deficient landscape of nutrition and food security in tribal regions, so there is an urgent need for collective action.

Abhijit Mohanty is a Delhi-based development professional and freelance journalist. He has worked with indigenous communities, refugees, internally displaced people and migrant workers across India and Cameroon.