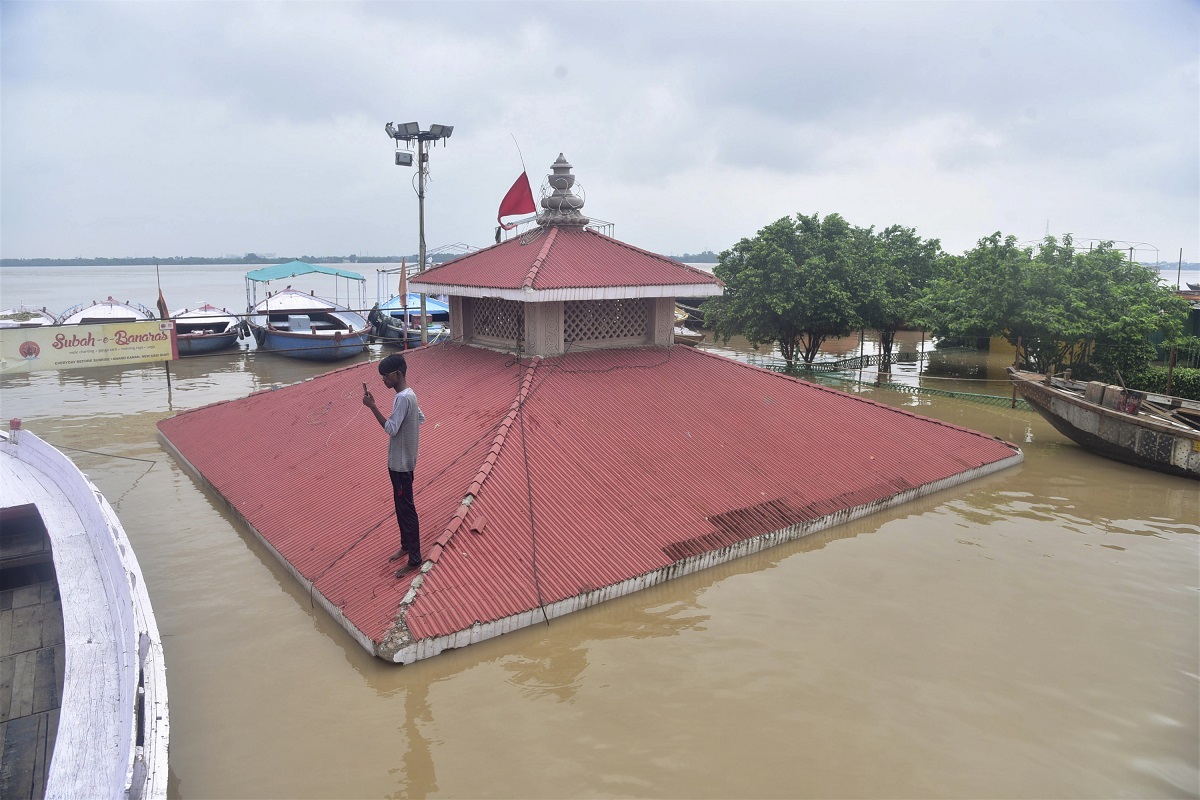 New Delhi: Over five lakh people in 1,243 villages of Uttar Pradesh have been affected by floods, officials said on Wednesday after the state recorded an average of 13.1 mm rainfall in a 24-hour period which is 154 per cent more than normal.

The conditions were, however, hot and humid in neighbouring Delhi and Punjab and Haryana, while in Uttarakhand, two people have died in rain-related incidents amid an incessant downpour in various parts of the state.

A skewed rainfall distribution has caused concerns in Rajasthan, a state where some parts have received excessive rainfall while others saw below-average showers.

According to the India Meteorological Department (IMD), sultry conditions are likely to continue in the city with no rainfall expected for another five to six days.

A weather department official said the monsoon has entered a “break phase” and rainfall will remain subdued in northwest India at least till August 16.

A report from the Relief Commissioner’s office said a “population of 5,46,049 in 1,243 villages in 23 districts is affected by floods”.

Similarly, river Betwa is above the danger mark in Hamirpur, Sharda river in Pallia Kalan (Kheri) and the Quano river in Chandradeep ghat (Gonda), it said.

In Uttarakhand, a woman died and five people were injured when a house collapsed in Almora district on Wednesday amid incessant rainfall, while a man drowned in the swollen Shakti canal in Dehradun.

Continuous rainfall has triggered landslides at a number of places, blocking traffic movement, officials said. Three highways and around 100 motor roads in various parts of the state are blocked by landslide debris, the state disaster management centre here said.

Five districts have recorded abnormal rains and there is no district under the scant rainfall category, the data shows.

“Excessive rainfall in several parts of the state and below-average in some is a matter of concern. Instructions have been issued to the administration for special girdawari (inspection) in different districts so that timely assistance can be provided to the affected,” Gehlot tweeted.

He said parts of the state receive rain in August also which may cover the deficit. “The same is expected from the forecasts of the Meteorological Department this time, he added.

From June 1 to August 12, the state as a whole recorded normal rainfall with 8.3% more than the average, according to a report by the water resources department.

Kota division, comprising Kota, Bundi, Baran and Jhalawar districts, has received abnormal rains with 87.2% more than the average rains. Many areas in the division faced flood-like situation due to excessive rains which damaged property and crops.

According to Kota district collector Ujjawal Rathore, at least 508 villages were adversely affected by the recent heavy rainfall in Kota district.

In Punjab and Haryana, hot and humid weather conditions prevailed at most places, with common capital Chandigarh recording a maximum temperature of 35.6 degrees Celsius.

According to the Chandigarh weather office, Ambala in Haryana recorded a maximum temperature of 35.7 degrees Celsius, while Hisar registered a high of 37 degrees Celsius.