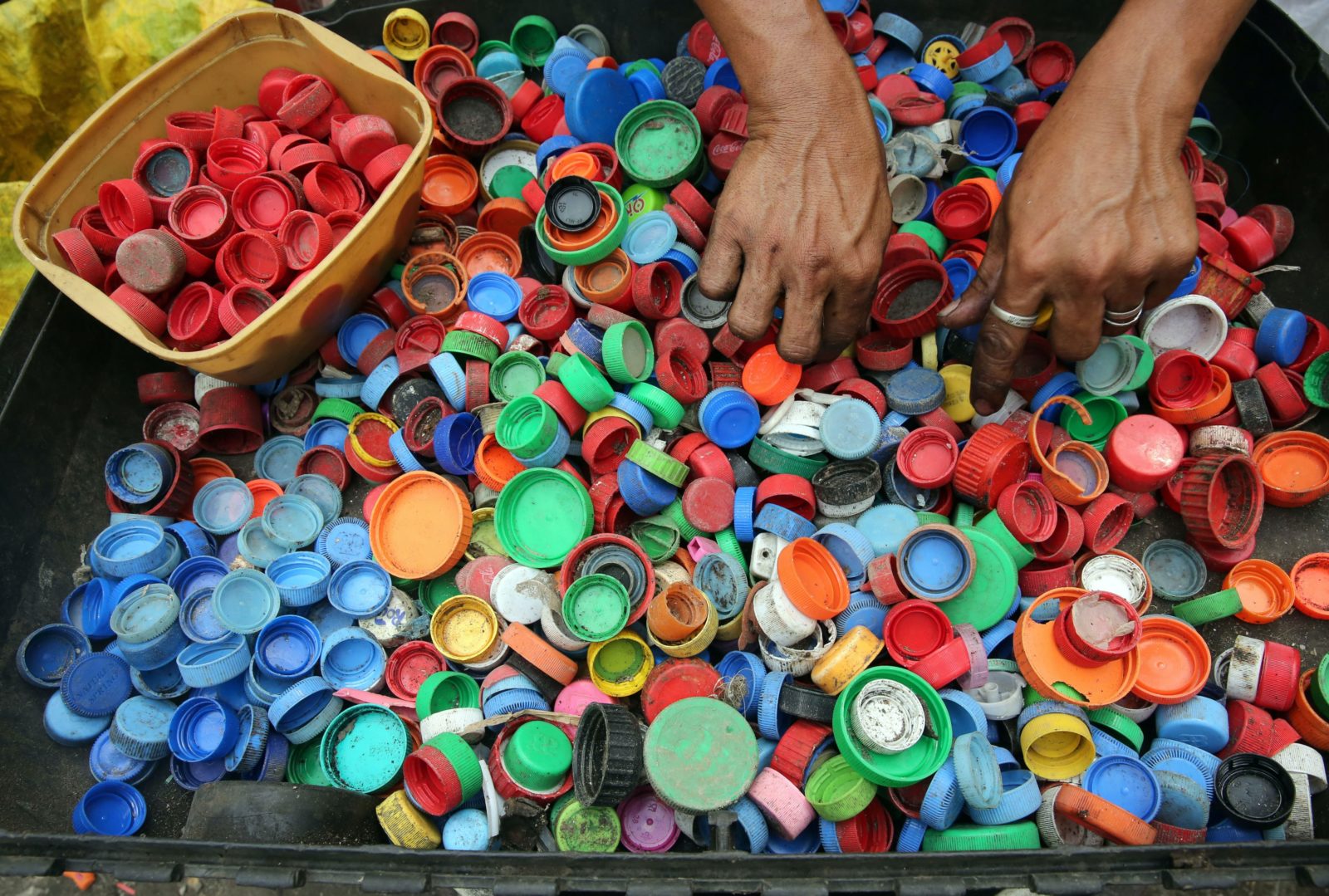 The recent announcement by Amazon India to phase out single-use plastics packaging under its extended producer responsibility (EPR) is a much-delayed but nevertheless welcome proposition. It sets a precedent for the e-commerce sector as well as for the FMCG, electronics and other sectors that use plastics for packaging.

Of the glut of life-altering ecological issues facing the planet, plastic pollution is perhaps the most enduring. It represents a complex problem with intercalated issues of economic interests, consumer behaviour, governance and policymaking. While simultaneous interventions are essential across the board, certain areas are crucial for achieving lasting change.

Specifically, corporate behaviour is key when it comes to the plastic crisis, and in this context, the concept of EPR has proven to be a strategic tool for policymakers across the world when articulating the fact that manufacturers are ultimately responsible for their products throughout their lifetime. Effective EPR legislations have ensured that manufacturers remain connected to the eventual fate of the objects they make, and ensure that they internalise the full costs of materials over their lifecycle. The ultimate aim of EPR is to help companies design products or delivery systems that result in zero waste.

The concept was first introduced in Europe in the early 1980s, and has only been gaining traction. Since then, its primary resistance has arisen from the plastics industry, and from brand owners used to externalising such costs to society. Plastics were introduced to India in 1957 with the production of polystyrene. Manufacturers have since pushed the burden of waste management onto tax payers. This wasn’t much of a problem until our plastic consumption spiked in the 21st century and the amount of inorganic waste began to pile up.

According to a submission by the Centre in parliament, India’s 60 major cities generate around 25,940 tonnes of plastic a day. Of this, some 60% is recycled, mainly by the informal sector, while the rest – averaging 9,400 tonnes – ends up in the environment. Experts believe these figures are highly conservative. Plast India Foundation, a leading plastic industry body, has estimated that India consumed 16.5 million tonnes of plastic in 2017-18; 43% – or 7 million tonnes – was as single-use and packaging plastics with no recycling value.

Regardless of the amount of plastic waste generated, the burden of cleaning up the mess invariably falls on the city and town administrations. Local bodies are spending more and more of their administrative budget on waste management, often at the cost of essential services like education, healthcare and housing. In addition, according to one estimate, such bodies and municipalities spend Rs 113 to Rs 269 per tonne on average to “manage” just 60% of the waste generated every year. Apart from increasing the burden on waste management services, the exponential increase in the quantity and variety of plastics has complicated waste collection systems as well.

Also read: Plastics – the Only Industry That Seems to Have Profited During the Pandemic

Large corporations allocate disproportionately higher funds towards developing new plastic materials but hardly much on post-consumer management. The most common multi-layered plastics and expanded polystyrene (thermocol) are classic children of this business model.

In this context, EPR is a means to help large corporations interested in being responsible to share the burden of waste management, and not as an impediment to profits. Multinational brands have successfully implemented EPR schemes in several countries. For example, in Japan, the volume of containers and packaging waste recycled increased by 70% between 1995 and 2010, and currently 81% of all these objects are recycled. The Japanese model obligates manufacturers to commit financial resources to recycling.

EPR has also helped shift the responsibility from local public authorities onto producers, this reducing public spending on waste management. For example, France’s expenditure on this count dropped after it reallocated EUR 600 million every year towards managing packaging waste. Indeed, 26-member states of the EU, the US, Canada, Brazil, Argentina, South Africa, China and Indonesia have implemented an array of EPR policies. In all these experiences, companies have played a leading role in solving the plastic problem. It’s only fair that companies apply a similar standard of social responsibility in other countries.

So India’s EPR rules mark the first step in a good direction. Despite their lack of vigour, the rules and subsequent efforts by the government, like the recently announced uniform framework on EPR, offer a time-bound framework and provides for a foot in the door for progressive interventions in future. An effective EPR policy will help companies share the responsibility of waste management and free up the taxpayer money for essential services. There is no disputing the fact that in the long run, we will have to shed our co-dependence on single use plastics, and EPR could very well be the means to that end.

Dharmesh Shah is a public policy researcher interested in issues of waste, air pollution and health. He is a policy advisor to the Global Alliance for Incinerator Alternatives (GAIA) and a member of the Household Waste Partnership established under the UN Basel Convention. The views and opinions expressed in this article are those of the author.

The Wire Science@TheWireScience
3 Following 25.7K Followers
"A mucky stream breeds new life; a sterile stream breeds nothing. I stare at one brown leaf, hanging and wagging in… https://t.co/koBZDjXRUf
6 hours ago
1 1
The SoPs had been issued through a simple office memorandum, instead of under the terms of the Environment Impact A… https://t.co/Y4Kerbutro
18 hours ago
The findings suggest that the ban has not been effective in controlling seahorse extraction and add to concerns on… https://t.co/TfoCG8fPNb
19 hours ago
3
Chandrayaan-3, India’s lunar mission, is likely to be launched during the quarter of 2022, Union minister Jitendra… https://t.co/gcFNqseEz3
21 hours ago
2
The Madras HC stayed a set of SoPs that the government had issued to facilitate industries in procuring post facto… https://t.co/LfbFkjfWZm
22 hours ago
India has a system that rewards success based on officially reported numbers, incentivising many states to 'manage'… https://t.co/gJzDAGln9r
23 hours ago
1 1
Researchers who study casteism in science say that even as Dalits have mobilised for their rights, they have encoun… https://t.co/59Ju8kltgi
24 hours ago
1
For the past two decades, the catch and trade of seahorses has been banned in India. However, a new study reveals… https://t.co/Quz39m2l5Y
1 day ago
1
A new study has found that breathing ambient air with unsafe levels of fine particulate matter causes approximately… https://t.co/VBjvORcb3x
1 day ago
2 2
The state govt has not come out on rationale for building a high-speed alternate rail in Kerala, to the tune of bei… https://t.co/VLeu2Pb5cv
1 day ago
1
Dry season droughts have become increasingly severe in Vietnam in recent years. Decades of intensive agriculture a… https://t.co/dejHsGJGfS
1 day ago
1
When and where do honey bees sleep? Do honey bees also experience light and deep sleep states? How can we deprive h… https://t.co/YntncKH9t7
1 day ago
Social media developers can take steps to foster constructive disagreements online through design. But our findings… https://t.co/aNoFA8B4kz
1 day ago
In Chirgaon, only 22 vultures belonging to two species that are typically found in the area were surviving on a han… https://t.co/jg0rhmKy6Y
2 days ago
2 5
Interviews with young Dalit scientists, along with a growing body of academic work, detail the obstacles Dalits sti… https://t.co/sJKQBgslLT
2 days ago
3 5
Contact us