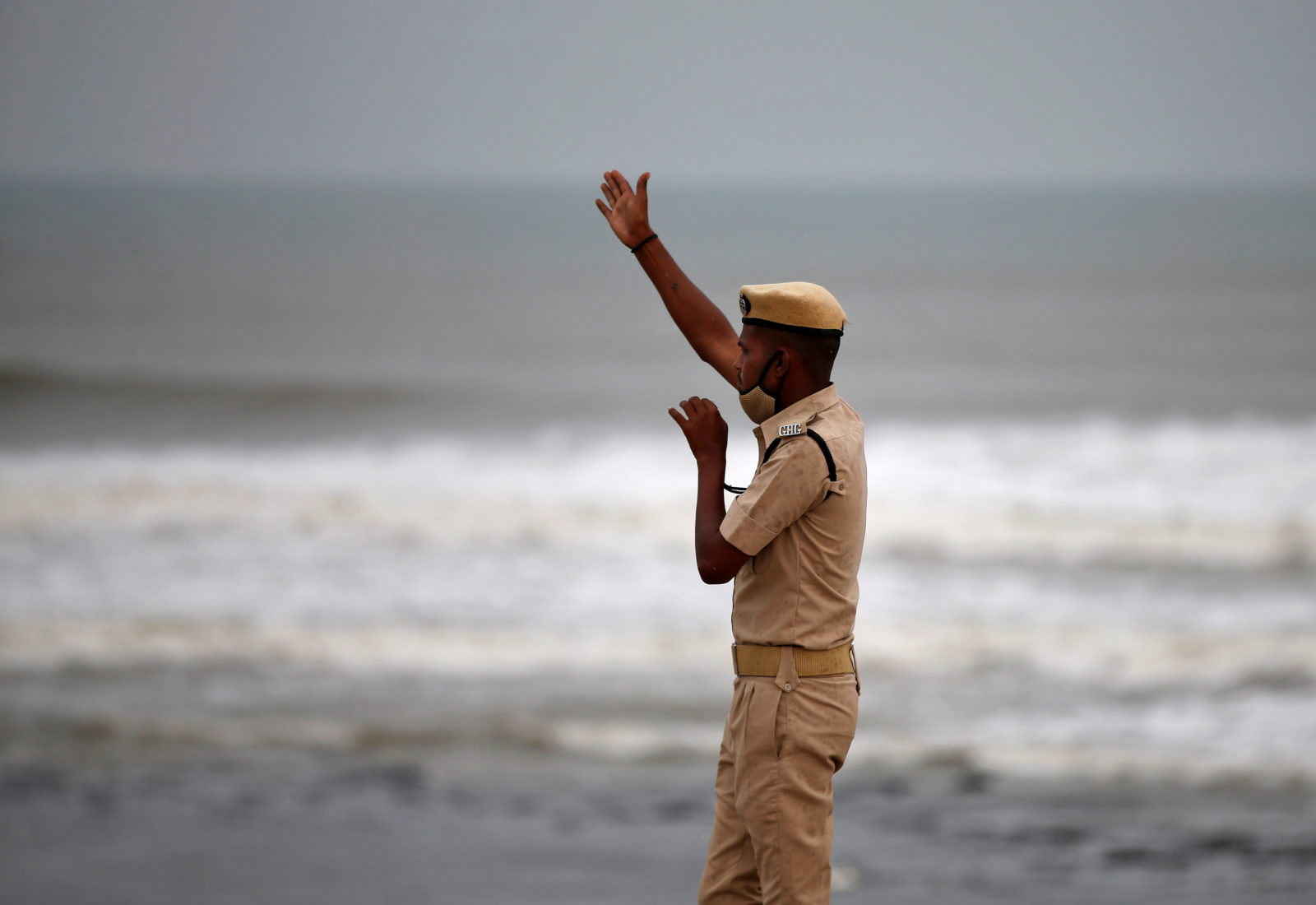 Representative: A policeman directs people to leave as waves approach the shore ahead of Cyclone Tauktae’s landfall, in Veraval, Gujarat, May 17, 2021. Photo: Reuters/Amit Dave

Bengaluru: After remnants of Cyclone Gulab that hit the eastern coast of the country brought torrential rains to central Maharashtra, a senior India Meteorological Department (IMD) official said that India witnessed a rare occurrence as the weather system could generate another cyclonic storm.

Jayant Sarkar, head of the regional meteorological department of the IMD, said such phenomena don’t happenoften, “though it is known among our fraternity.”

“It did bring excess showers over Maharashtra and put most of the regions, such as Konkan, Madhya Maharashtra and Marathwada, into surplus precipitation category,” he told PTI.

A cyclone starts with a depression – a low-pressure zone around which air currents begin to swirl, drawing moisture from water bodies below to form heavy rain clouds. Generally, a cyclonic system becomes less severe once it crosses over land, because it loses its moisture supply.

Cyclone Gulab made landfall between Srikakulam and Visakhapatnam on the eastern coast. But despite losing its moisture supply, the system kept moving westwards, bringing intense rain over parts of Maharashtra, Madhya Pradesh and even Gujarat over three days, Sarkar said.

He added that the system is expected to ‘exit’ land from the Saurashtra region into the Arabian sea. Then, “with more moisture, it could intensify from a depression to a deep-depression to cyclone,” he said.

If this happens, “it will take away moisture from the coastal areas and reduce rainfall over Gujarat’s Saurashtra region as well as north Madhya Maharashtra and the Konkan,” according to him.

Climate change is expected to make cyclonic storms more intense. As land and ocean surfaces warm, they heat the air above them as well. Warmer air carries more moisture, so cyclones of the future are expected to be laden with more moisture than before.

The Bay of Bengal has been warming more and more faster, as a result the cyclones off India’s east coast have been becoming more intense.

But the Arabian Sea has been warming as well. Historically, cyclones off India’s west coast have been rare; but they are poised to become more common in the era of global warming.

Sarkar concluded saying that if the erstwhile Gulab system became another cyclone, it would be called ‘Shaheen’. And the IMD has already said that Cyclone Shaheen is expected to take shape from October 1.

The IMD has predicted Shaheen’s trajectory will take it northwest into Pakistan, specifically the coastal parts of Balochistan.

According to LiveMint, the department expects

* “Heavy to very heavy” rain – over the north Konkan

And over the next two days itself, the IMD has predicted heavy to very heavy rain over Amreli, Anand, Bharuch, Bhavnagar, Rajkot and Jamnagar districts.

Note: This article was edited at 3:02 pm on September 30, 2021, to correct the dateline from Mumbai to Bengaluru.