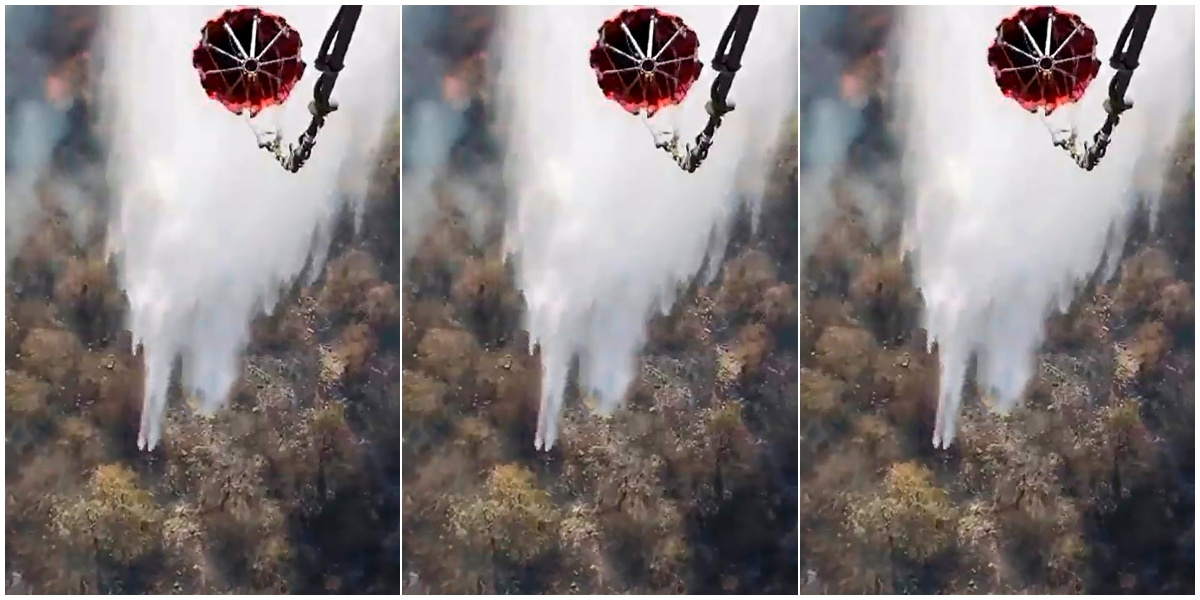 An IAF chopper releases water as it attempts to put out a fire in the Sariska Tiger Reserve. Photo: IAF via PTI

New Delhi: A fire raged within Rajasthan’s Sariska Tiger Reserve for the fourth day on Wednesday but the flames were confined to just one pocket, after a firefighting operation involving 400 people and two IAF helicopters, officials said.

The fire was brought under control by nearly 80% till the evening. The flames are left on just one hillock now, Rajasthan’s principal secretary (forest) Sreya Guha told PTI.

At one time the wildfire had spread over an area 10 square km in the forest reserve in Alwar district.

Guha said once the fire is under full control, an assessment of the total area scorched by the blaze will begin. “Our top priority is to control the fire,” she said.

Earlier in the day, a forest official said the situation, developing since Sunday, was now almost under control in areas with thick easy-burning dry grass.

But in the morning, flames still raged across a swathe of 4-5 square km. By evening, the fire had died down over an even bigger area.

Four adult tigers and five cubs move around the area where the fire broke out. But officials claimed no tiger was stuck in the area. The reserve in Alwar has 27 tigers.

The blaze had started on Sunday evening and was brought under control on Monday. But it flared again the same evening and continued through Tuesday, spreading up to an area of over 10 sq km at one point in the day.

Two IAF helicopters were deployed in the firefighting on Tuesday and flew 22 sorties over two days, spraying water on the affected area.

The firefighting operation was halted on Tuesday night and resumed Wednesday morning. But the blaze did not spread to a larger area overnight, officials indicated.

Two SDRF teams comprising a total of 25 personnel have been deployed. They assisted the forest staff in the manual dousing of the fire and stopping the spread of the flames by digging trenches, commandant Pankaj Chaudhary said.