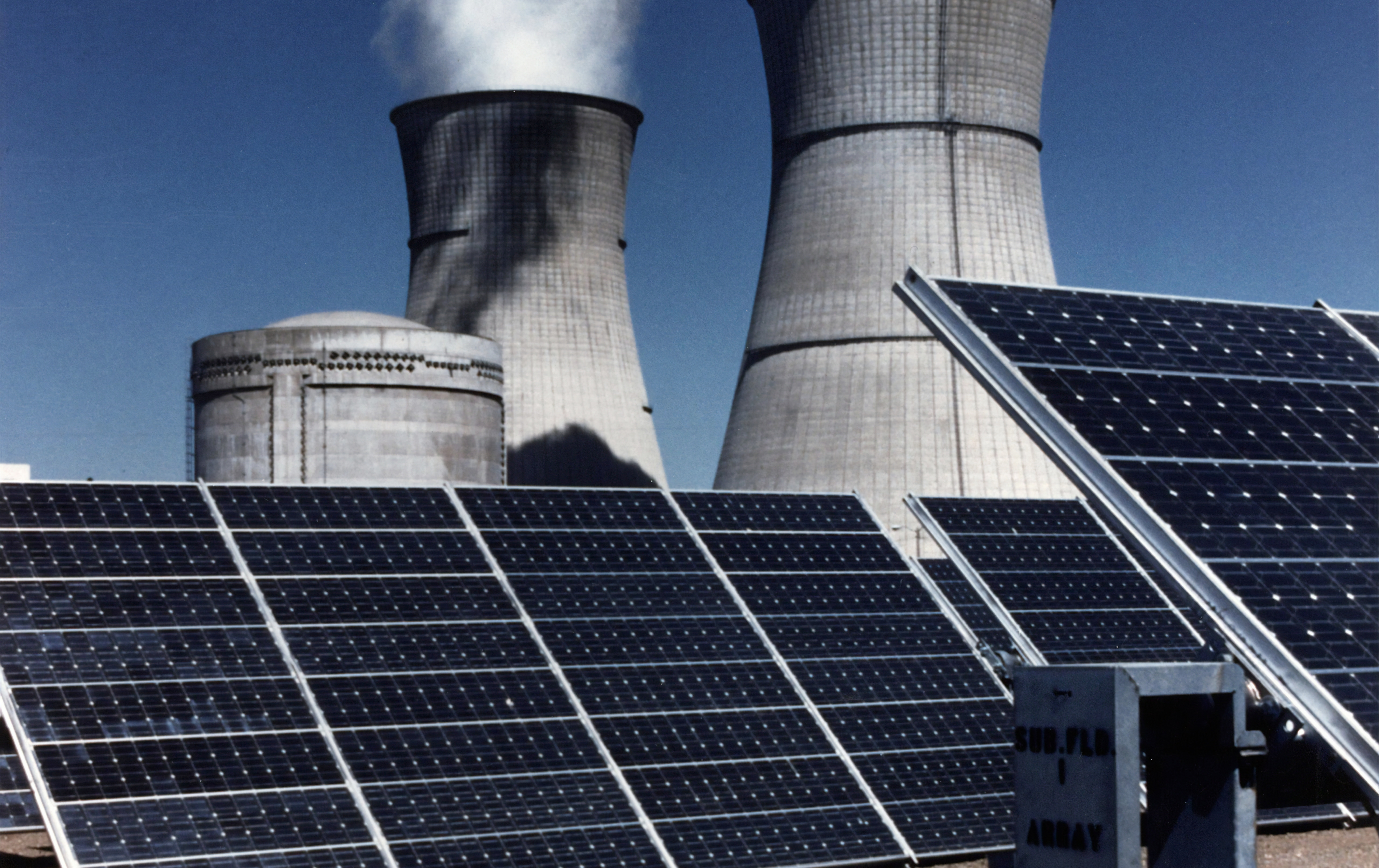 Energy is a major determinant of global geopolitics.

We saw that with western interference in the Middle-East. We saw that again in the global reorderings that followed the rise of shale energy in the United States. Now, net zero offers a similar reset.

We do not know what form it will take. Might carbon taxes on borders split the world into two trading blocs–one subscribing to net zero but not the other? Will companies push green products to the first world and brown goods elsewhere? Will OPEC countries quietly remake themselves or, seeking to sell oil/gas a bit longer, will they try to enter downstream markets in the third world?

At its core, net zero is green creative destruction, according to Tim Sahay, a policy manager at the US-based Green New Deal Network. For the world to decarbonise, old 19th century business models have to disappear. This point was recently made by economist Adam Tooze. “Together, Europe and the United States inaugurated the mass manufacture of cars in the early 20th century. They should now work together to end global trade in internal combustion engines.”

Hardwired into that process of destruction is the prospect of something new. The old world of fossil fuels has spawned oligarchs, inequality and sweeping environmental loss. In India too, the fossil fuel-based energy complex dictates policy, levels forests, and throttles cleaner alternatives.

One way out is to reprise what China did in the nineties–dipping into its own resources to become a superpower in solar and renewables–and what the US is trying to do now with its green new deal. “The difference between us and the developed countries is that in the latter, the infrastructure has already been built,” says Ajay Mathur, the director-general of the International Solar Alliance, alluding to the gas pipelines, etc, which undergird the West. “They have a high carbon infrastructure, which has to be replaced by a low carbon equivalent. In the case of India, two-thirds of the infrastructure we will need is yet to be built.”

Between a rock and a hard place

Creative destruction is not easy. It will be painful.

“How does such a transition take place? A company starts with its process. It changes its inputs. Many firms will slowly change,” says Gopalakrishna Bhat, the founder of Taru, an environmental consultancy based in Ahmedabad. And yet, not all can change. “The petroleum and coal companies will have to reinvent themselves.”

Others will have to adapt as well. Governments in the country–be it at the Centre or the state–get a large chunk of their revenue from fossil fuels. This is one reason states like Gujarat oppose the imposition of GST on gas. Or take India’s state and union governments. Petrol and diesel prices are a major source of funds for both. That will change. There is more. States like Chhattisgarh and Jharkhand will see their coal-producing regions shrivel, with all the accompanying costs like unemployment and loss of revenue. In tandem, they will all have to find cash for boosting electrification. And, with any luck, like the USA, use those investments to spur growth and employment.

At this time, India is not heading in that direction. It is not retiring thermal plants. It is not even reining in thermal power plant emissions. It is not on a low-carbon pathway. Instead, as CarbonCopy reported last year, the country is simultaneously pushing renewables and fossil fuels. Complicating matters, despite all the talk about high targets, the country’s solar sector is slowing due to shifting policies and poor market design.

The reasons for this suboptimality run deeper than India’s ritual rhetoric about needing cheap coal. As Sahay says, India needs electricity, not coal electricity, and solar will soon be just as cheap round the clock.

In the mid-2000s, the country had the integrated energy policy mapping out diverse energy trajectories for India. Such direction is missing now. One reason has to do with the government. It is more focused on individual projects and vaguely defined aspirations (“atmanirbharta”) than strategic directions and policies that take us there, says a former advisor at the Ministry of Coal. Another has to do with the political economy of energy in the country. Not only are companies living off coal, oil and gas are more powerful than those in the renewables sector, they also have an incentive to ensure their investments do not end up as stranded assets. The outcome is a paralysis where business as usual continues.

One outcome? A host of policy makers and energy sector observers have pinned their hopes on petrochemical giant Reliance. It has announced a mammoth Rs75,000 crore investment in renewable energy.

The logic is evident. The low-carbon pathway for the transport sector is clear. The oil economy is on its way out. And so, Reliance is focusing on solar and hydrogen. “They want solar power to be available round the clock and so, they are investing in solar cells and batteries. At the same time, they are also investing in electrolysers and fuel cells,” said an Indian bureaucrat, who has spoken to the group.

The game plan, says Bhat, could be similar to what the group did in telecom. “Right now, one big hurdle to adoption is the cost of installation. And here, Reliance can do what it did with CDMA (Ed: The Group gave phones away for free and charged for airtime).” Here too, said the bureaucrat, the group might set up renewable energy infrastructure (think small local grids for colonies and industrial areas) at no cost and charge for the power. “Given their scale, they could offer a rate of about Rs3/kwh,” he said.

According to another bureaucrat who spoke to CarbonCopy on the condition of anonymity, Reliance’s entry is a major intervention. The private sector will drive net zero in India, he said. “What we will see now is an Adani/Ambani battle. Both are getting into new energy.”

But the question is: Do we want a green economy dominated by one or two large firms?

For far too long, global climate politics has been held hostage to nationalist grandstanding.

The first world doesn’t want to do anything that reduces its people’s standard of living. The third world cites its poor and talks about the developmental imperative of cheap energy. What betrays that pretence is its poor record in reducing inequality – be it access to energy or general inequality. This applies to India.

All this gridlock has achieved is many COPs moving in step with the exhaustion of the carbon budget.

Given how badly it will get affected by climate change – given its high numbers and low socio-economic, administrative and financial capacity to absorb shocks and stresses – India needs to look beyond this narrative of historic responsibility (the first world is yet to make good on the commitments it made during Kyoto) and consider other self-preserving responses.

In his article, Tooze makes an interesting point. “Since the advent of global climate diplomacy in the 1990s, the United States has learned about the kind of arrangements that work and the kind that do not.” What doesn’t work, he writes, is a Kyoto Protocol-style binding global agreement. “An international treaty of that kind simply has no chance of passage in the US Senate.”

Agreements based on national commitments to decarbonisation, which do not need ratification from the Senate, work better, he writes. “This was the secret to the Paris Agreement’s success – a ‘bottom-up’ agreement by all countries in the world to submit national climate plans. The aim was a commonality of purpose, without pretending the same methods would work everywhere or even that national governments were willing to make the same level of commitment to decarbonisation.”

Seen like that, net zero is a more workable arrangement – one which has gotten polluters like China and the US, which baulked at signing the Kyoto Protocol, on board. At the country level, Reliance is showing how to see net-zero as an opportunity.

As Mathur says, round the clock solar will soon be cost-competitive. In addition, as Coal India shows, our carbon emissions now run at a mind-boggling scale that is hard to sequester.

The question is whether India, which is so vulnerable to climate change, recognises either of those two realities. If not, the costs of its inattention run deep. We might get pushed into a low-carbon trajectory even before we are ready – i.e., saddled with fresh dependencies regarding the components of renewable energy. We might lose an opportunity to build a new set of competitive strengths for the economy. Or, we might end up further entrenching large corporations in the energy sector.

Being assailed all the while, of course, by climate events of rising severity.