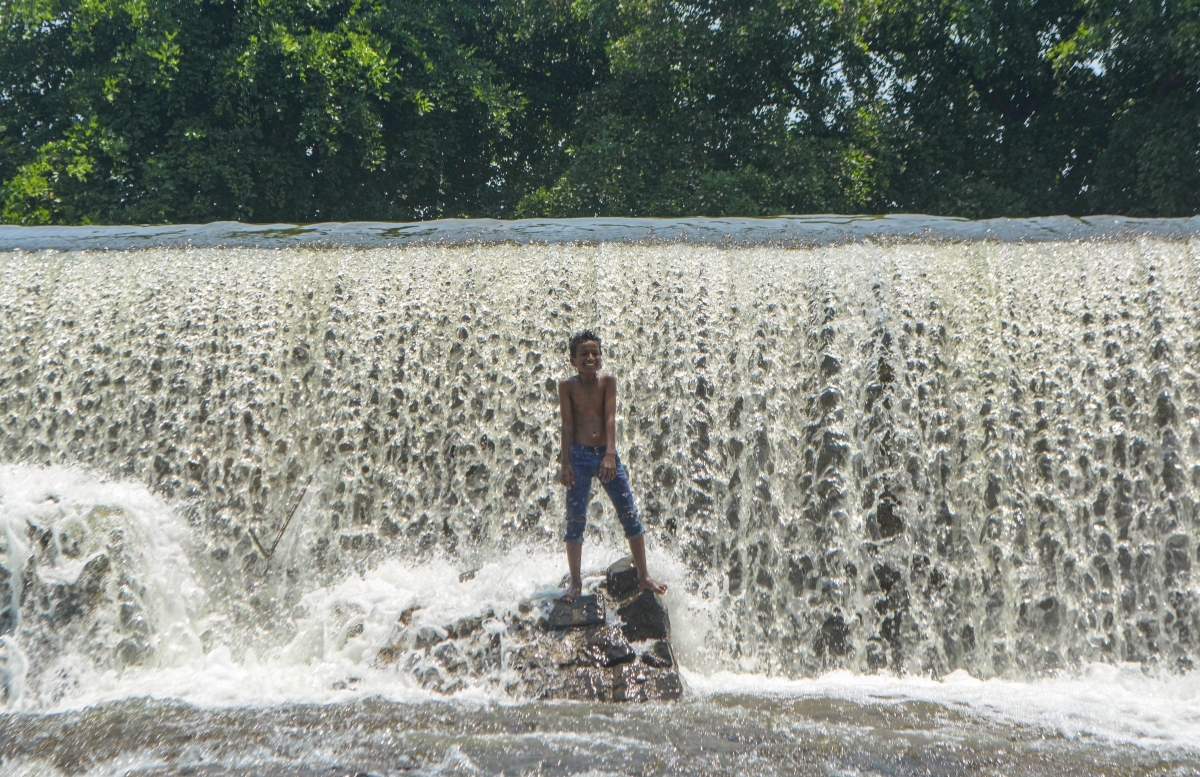 A boy reacts as he cools off in the Khodashi dam, during a hot summer day in Karad, Maharashtra, April 29, 2022. Photo: PTI

New Delhi: As temperatures turn punishing and large swathes of the country brace for a heatwave, photos and videos have offered a picture of the hardships of those forced to remain outside and the coping mechanisms resorted to by some.

Popular on social media was a video of a woman making rotis on a car bonnet in Odisha, something which did not prove to be very difficult considering the heat on the metal.

Scenes from my town Sonepur. It’s so hot that one can make roti on the car Bonnet 😓 @NEWS7Odia #heatwaveinindia #Heatwave #Odisha pic.twitter.com/E2nwUwJ1Ub

Calls were made on social media to be attentive to those in need in the heat as well.

Scorching #summerheat much delighted to provide you water at #Bengaluru big banyan tree.
Friends, most provide food for animals but not water, kindly keep a bowl of water to stray dogs, birds & Squirrels within your reach to relieve their thirst #Heatwave pic.twitter.com/MJo9pR9zGZ

Only wind storm and no relief from intense heatwave. Birds need you this summer. #HeatWave #savebirds pic.twitter.com/Nw7DXRGZmy

A Picture full of message.